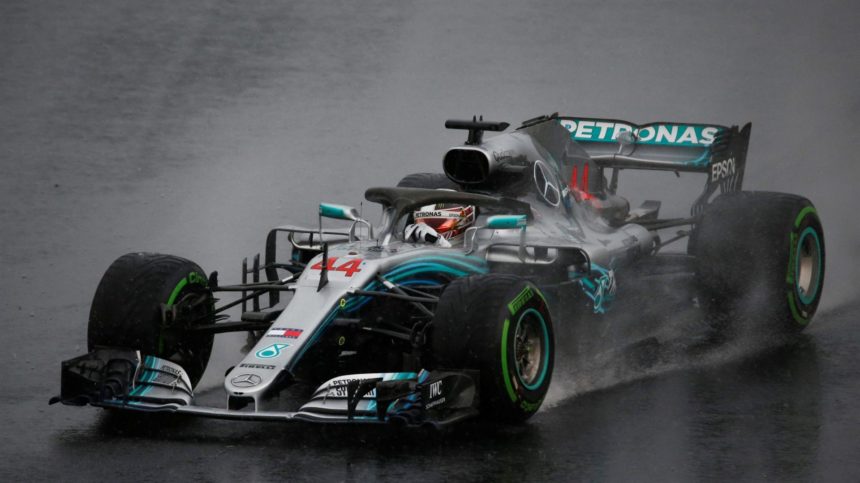 The F1 circus has returned to Hungary for the last outing before the summer break. Qualifying for tomorrow’s Grand Prix was a chaotic affair thanks to the ever-unpredictable Mother Nature.

Lewis Hamilton claimed his 77th pole position around the rain-soaked circuit. The four-way battle for top honors ended with the Brit edging ahead of teammate Valtteri Bottas by 0.260s. With Bottas in second, the Silver Arrows lock out the front row for the 54th time in the team’s history — an interesting statistic dating back to its first entry in 1954. 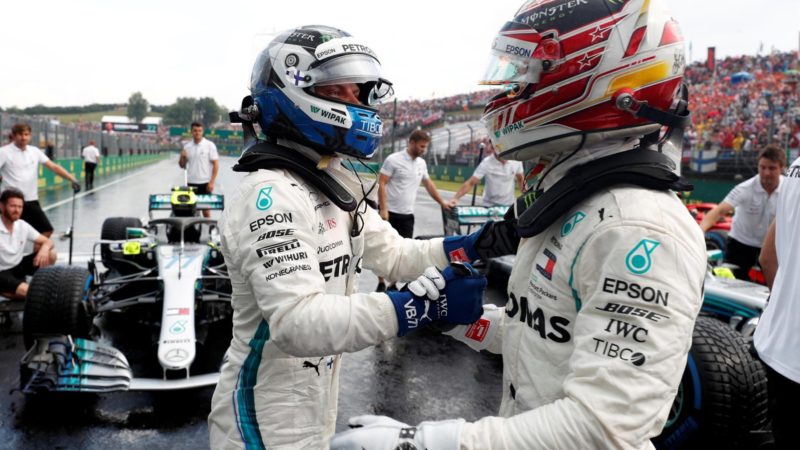 Rounding out the top three on the podium is Kimi Raikkonen for Ferrari. The Finn jumped to the top of the pack in Q3 with a little over four minutes remaining. With a time of 1:36.186, it was there he would remain until the closing moments of the session.

Sebastian Vettel was unable to challenge his teammate and settled for fourth. This was the second time Raikkonen out-qualified Vettel since the season-opening race in Australia. Interestingly enough, this is the German driver’s worst on-track qualifying position in 2018. Sure, he started from sixth in Austria, but only after receiving a penalty.

While neither Ferrari had an answer to the Silver Arrows on a wet track, tomorrow could be a different tale. Locking out the second row, both drivers will be out for retribution. The Ferraris have repeatedly had excellent starts off the line, so expect some fireworks at the start of tomorrow’s race. 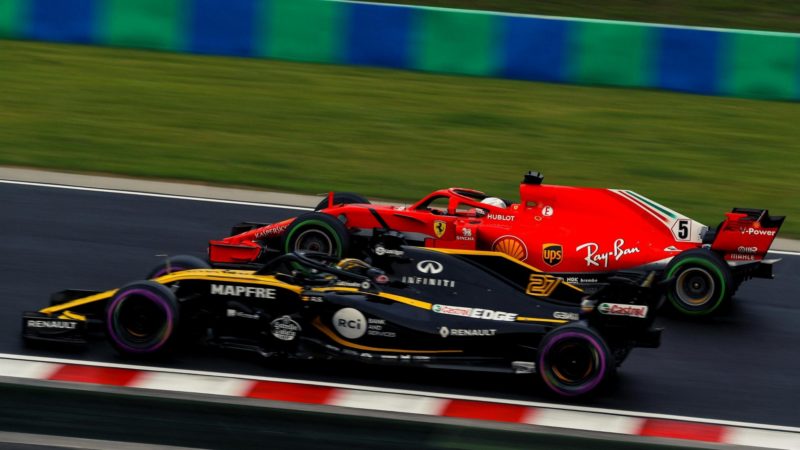 Carlos Sainz will start from fifth tomorrow for Renault, 0.533s down on Vettel. It was a fantastic result for the French outfit as his teammate fell to relegation in Q2. Even better, this matches Sainz’s all-time best effort in Spain back in 2015.

Tucking behind him is Pierre Gasly, starting from sixth for Toro Rosso. Max Verstappen takes seventh for Red Bull, 2.374s off the leader. Red Bull didn’t have the best showing in today’s session. Teammate Daniel Ricciardo was unable to make it to Q3 for the second time in two races, and will start from 12th.

We’ll see how competitive the drinks team can be in better conditions for tomorrow’s race. Brendan Hartley will start from eighth in the second Toro Rosso, 0.537s down on his teammate. This marks the team’s first time in Q3 with both cars since last year’s Australian GP. 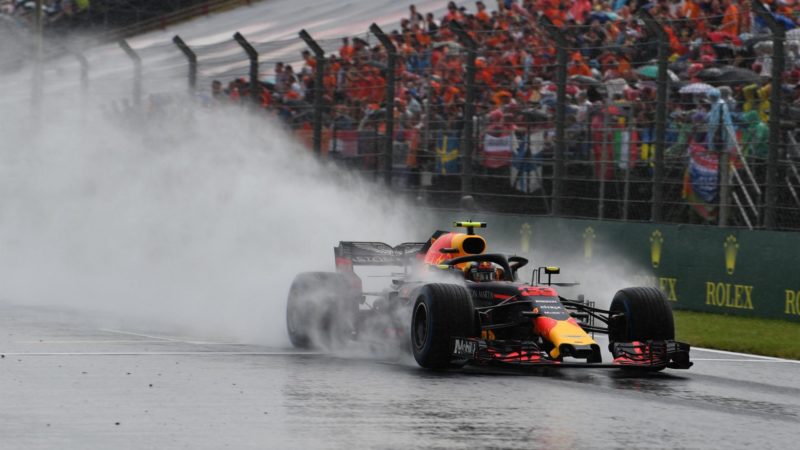 Kevin Magnussen and Romain Grosjean rounded out the top 10 for Haas. This is the fifth successive effort both cars made it into Q3 in 2018. With upgrades onboard, we’re anxious to see how well the American team fares in the race tomorrow.

There were a few unexpected casualties at the end of the day. Both Force India drivers fell to relegation in Q1. The first time neither car made it out of the first session was also the 2015 Spanish GP.

Hungary also claimed the Sauber of Charles Leclerc, who fell out in Q1. This was the first time the Monegasque driver went out in Q1 since the Chinese GP nine races ago. In his place was Marcus Ericsson, out-qualifying his teammate for the first time since Bahrain, 10 races ago.

Anything can happen in tomorrow’s race. Who will take the race lead as we head into the summer break? The odds are with Hamilton, but as 2018 proves time and again, the odds favor no one. 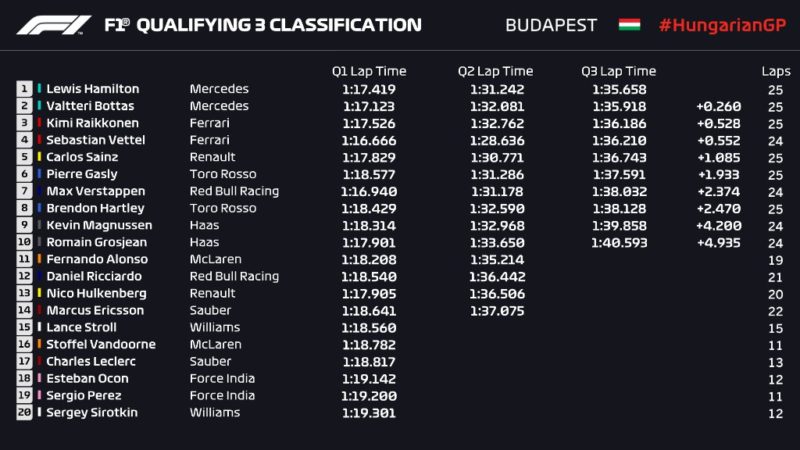 F1 2018 Season
222 Comments Discuss this post in our forums...
Test Your Badge Knowledge With Our Car Logo Quiz