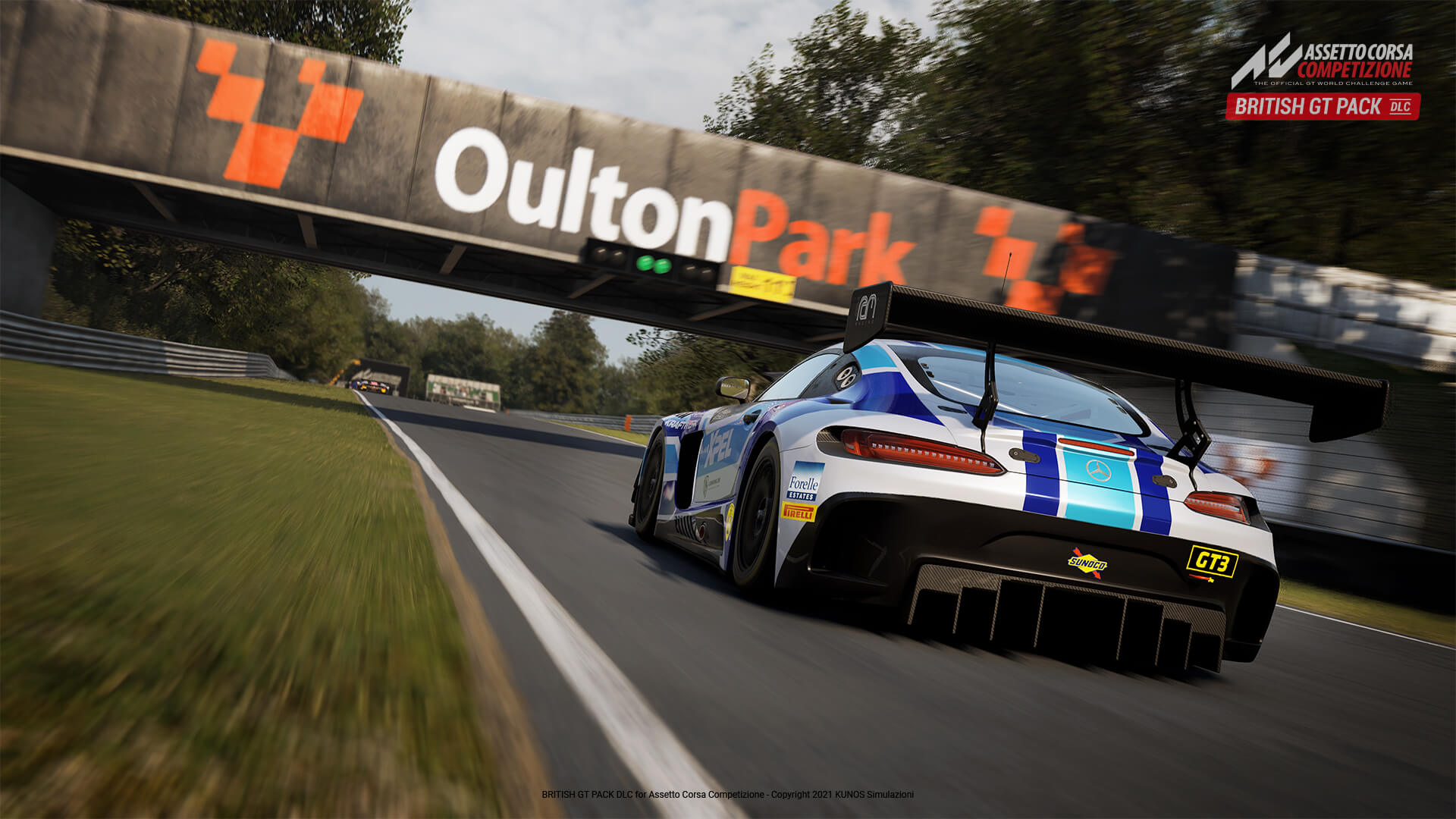 The next DLC for Assetto Corsa Competizione is on its way soon, with the British GT Pack heading to PC on February 10.

This pack brings along the circuits and machinery from the 2019 season of the British GT Championship. That includes three new tracks for players to get to grips with, and almost all 45 vehicles from both GT3 and GT4 classes, in Pro-Am, Silver, and Am categories.

Although not explicitly stated at this time, it seems pretty likely that the three circuits included in the British GT pack will be Donington Park, Oulton Park, and Snetterton. These three courses are the only ones that feature on the BGT calendar not already included in the base ACC game — with Brands Hatch, Circuit de Spa-Francorchamps, and Silverstone completing the championship. We do have confirmation of Oulton Park at least, with the famous Cheshire circuit included in these teaser screenshots. Edit: Kunos has now also confirmed Snetterton in further screenshots.

In addition to the three new circuits, the British GT Pack will include more than 40 new liveries and 70 drivers who participated in the 2019 season. As you can see from the screenshots above, that includes both GT4 class cars — with the #4 and #5 Tolman Motorsports McLaren 570S GT4 in the images — and GT3 cars too. At present there’s no mention of new vehicles, so we don’t yet know if the two Ford Mustang GT4s or the Invictus Games Jaguar F-Type GT4 will make an appearance.

To complete the offering, there’ll be a dedicated championship season for British GT within the game’s Championship mode, to allow you to recreate the 2019 season in full if you choose. And, just like the real series, you’ll be able to race GT3 and GT4 cars together in these multi-class championship events for the first time in ACC.

The British GT Pack DLC will be available from February 10 on Steam, and will arrive on consoles later in the spring. We don’t yet have a pricing on any platform, but figure on it being around the same price as the Intercontinental GT Challenge Pack DLC from February 2020, at around $15.