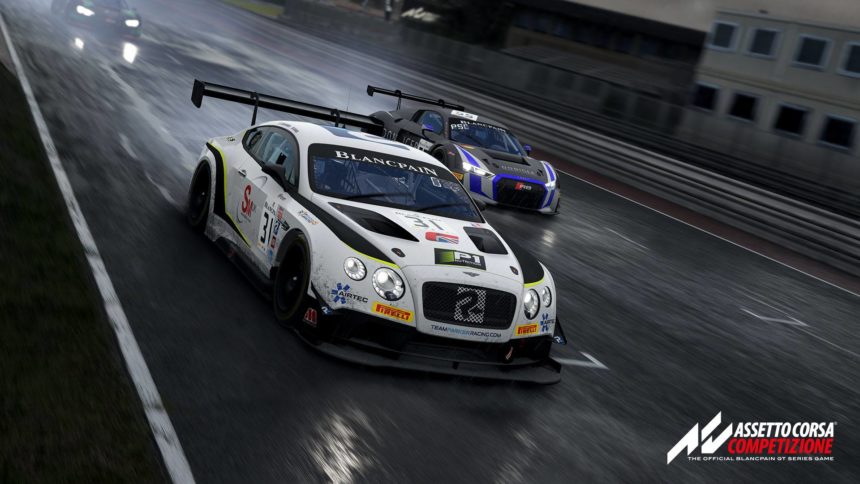 The first major update to the Early Access version of Assetto Corsa Competizione (v0.2) is live. Drivers will find a new car and track to master, as well as an introduction to VR.

Representing a substantially different platform than the Lambo Huracan ACC launched with last month, the Bentley Continental GT3 is the second racer available in-game. It’s a vastly bigger car, and the front-engine layout should highlight different aspects of the new physics engine Kunos has implemented in Competizione.

Interestingly, Kunos made sure to note this is the first-gen Conti GT3 in the latest patch notes. With plans to include the 2019 season when the game exits Early Access next year, expect to see the new model alongside it. 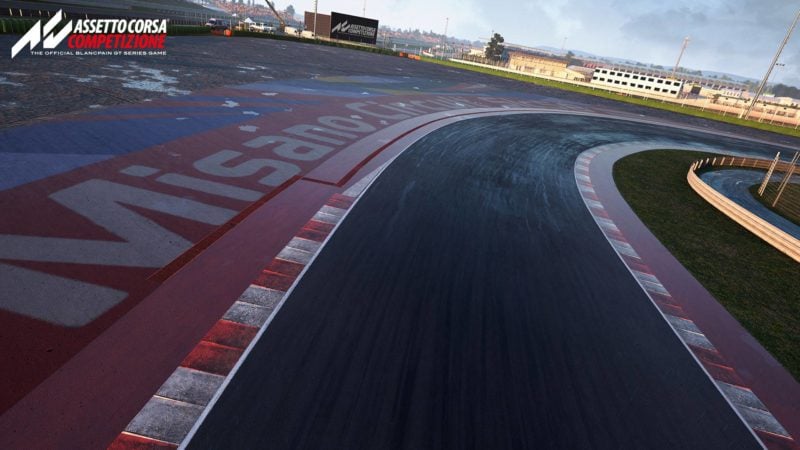 Players won’t want to dismiss the Huracan quite yet though, as there’s a new playground for it. Misano is a 2.63-mile long circuit located just outside San Marino, Italy. It’s a shorter lap than the existing Nürb GP, but packs in one extra corner, for 16 total. It also has plenty of long straights, ideal to unleash either the Lambo or the big Bentley.

The other big addition this month is VR support. Kunos isn’t above being cheeky about the new feature either: it’s the very first line of the patch notes, as “fixed ‘no VR no buy'”. Well played!

The original Assetto Corsa was one of the earliest sim racers to adopt the tech. Kunos including now in Early Access should mean the experience will be even smoother when the full release happens next year. 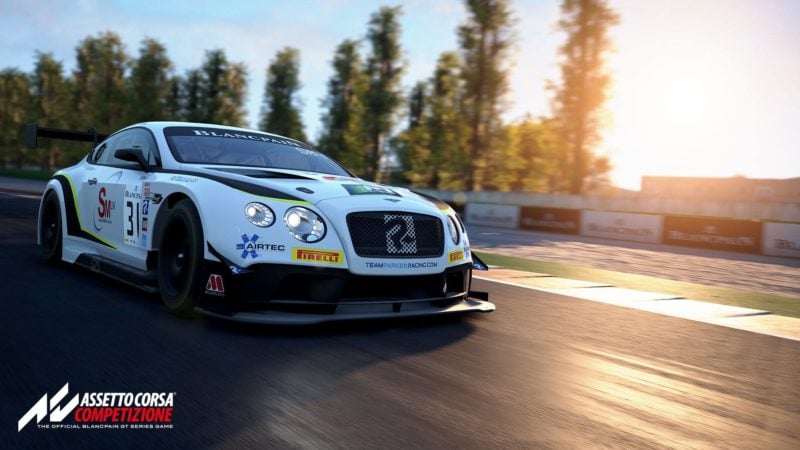 More changes arrive in the game’s in-depth driver rating system too. There are now Performance and Safety Ratings. Like other games with similar features (PCARS2, GT Sport), these keep track of drivers’ pace and their interactions with other drivers, respectively.

A new Super Pole mode and basic pitstops round out the big additions this month.

If you’re still on the fence about AC Competizione, you’ve got one more month to hop on board at the lowest EA price. As we detailed previously, the November update — which will introduce the BMW M6 and Circuit Paul Ricard — will bump the price up by 10€. While it’s currently exclusive to Steam, the team hasn’t ruled out (eventual) console support.

Assetto Corsa 13 May 6 by Andrew Evans
In the latest example of the line between virtual and reality, a gamer has created a race circuit out of their own local roads for use in Assetto Corsa, using…