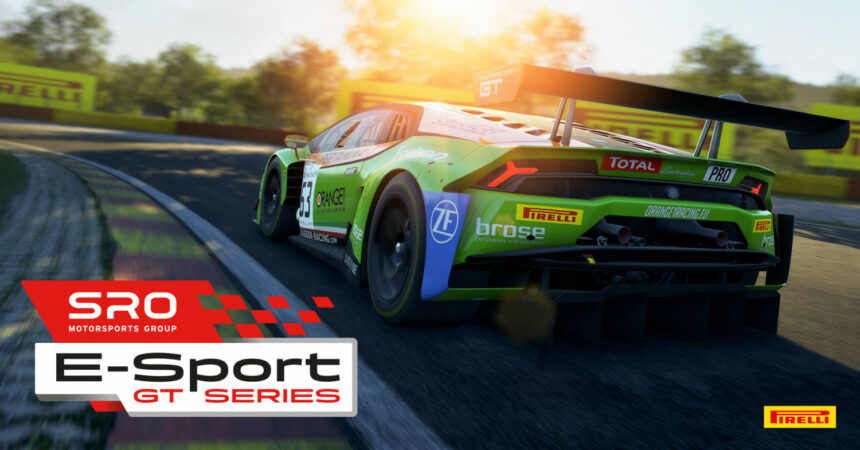 Kunos Simulazioni has announced the first season of its new Assetto Corsa Competizione esport series. Called the SRO E-Sport GT Series, it will kick off next month alongside the Blancpain race at the historic Monza circuit.

We first heard of the new series last month. As the official game of the Blancpain GT Series, it was only a matter of time before AC Competizione got its own dedicated esport championship. The SRO Motorsport Group is running the series alongside Ak Informatica and Pirelli.

The SRO E-Sport GT series will feature three driver classes: Pro, Silver, and Amateur. There will be no qualifying for the top category, as the series organizers will be inviting sim racers to fill the ranks. Silver drivers will be able to qualify online via in-game special events leading up to each race.

Meanwhile ,the Amateur class will be open to all race attendees at the live Blancpain race weekends. Amateur hopefuls will take to the on-site sim rigs in an attempt to top the leaderboards. The full schedule is below:

Each class will feature 12 drivers at each of the four qualifying rounds. They will face off on the Saturday to determine the four top drivers per class. From there, the remaining dozen will all race against one another in two hours of racing on Sunday.

Drivers that make it to the podium at any round will automatically qualify for the SRO E-Sports GT Series final at Circuit de Catalunya-Barcelona in September. There they’ll compete to be crowned the inaugural series champion, but that’s not all that’s on the table…

Win a Drive in a Lamborghini Race Team Experience

The top three drivers at the end of the season will win a racing experience with Lamborghini Squadra Corse. This will include seat time in a Huracan race car, plus an evaluation on their driving, physical, and mental skills. The lucky three will also get a chance to experience the team atmosphere, and may even join the development path that could put them in the car professionally.

The SRO E-Sports GT Series begins April 13. Check the official site for details, and keep an eye out within Assetto Corsa Competizione for the first Silver qualifier event, which should go live soon.