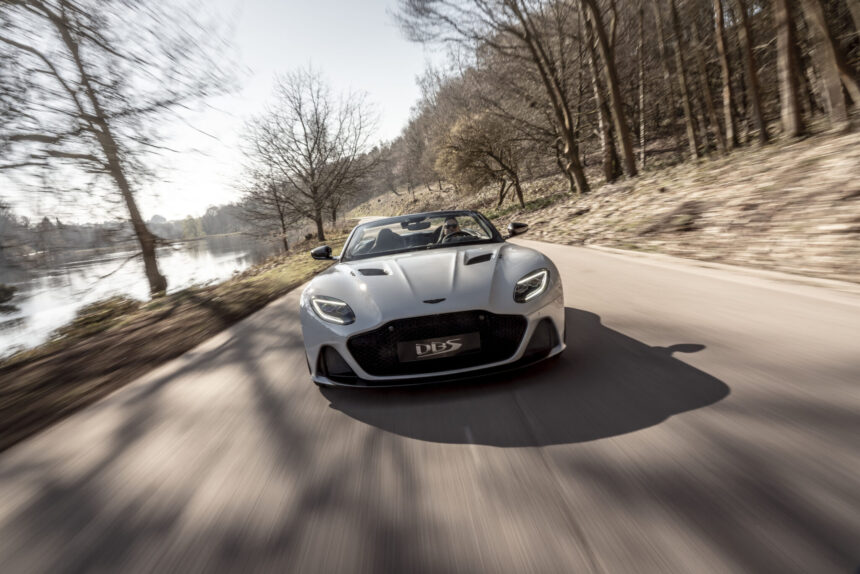 There’s nothing quite like a convertible Aston Martin, and the brand has just unveiled its fastest ever example of the type.

It’s taken the roof off its flagship DBS Superleggera, to create the DBS Superleggera Volante. That’s quite the mouthful, but it combines three famous Aston Martin brands into one pretty ferocious package.

The Volante shares the majority of its components with the coupe model. This includes the 5.2-liter, twin-turbo V12 which puts a huge 715hp to the rear wheels. The 664lbft of torque drives a carbon-fiber prop shaft, which spins up the eight-speed ZF automatic gearbox.

Despite the innate weight penalty of a convertible — Aston Martin quotes an increase of 375lb — the Volante is almost on its coupe brother’s heels. 60mph comes up in 3.4 seconds, 0.2s behind, and it has the same 211mph top speed. 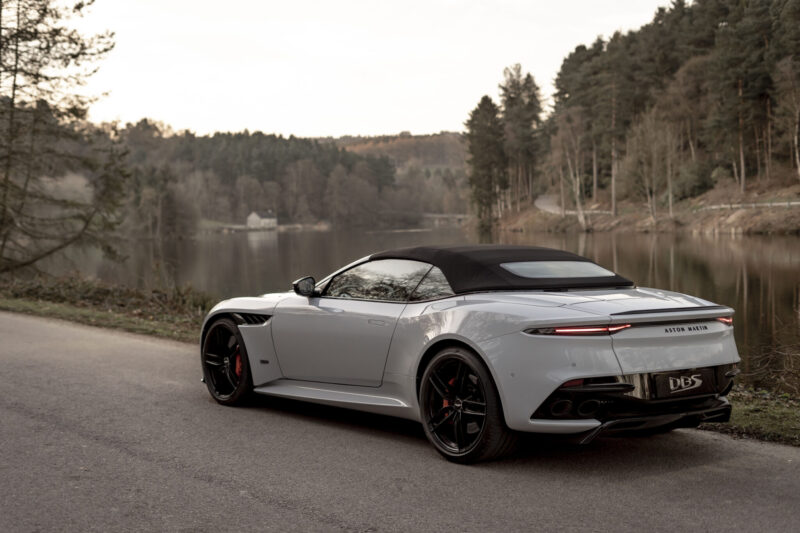 The key difference here is, of course, the roof. It’s a full fabric affair, with eight layers of insulation and sound-proofing to keep the outside world where it belongs. You can lower or raise it from either inside the car or from the key fob within two yards of the car. That takes 14 seconds on the way down and 16 seconds to close.

To make sure it keeps working far into the car’s life, Aston Martin simulated a decade of roof operation in just one month. This included extreme heat and cold testing, in Death Valley and the Arctic Circle respectively, with over 100,000 use cycles.

Aston being Aston, the roof is customizable inside and out. There’s eight exterior roof colors available and six different headliners, and a wide variety of time piece finishes including carbon fiber. 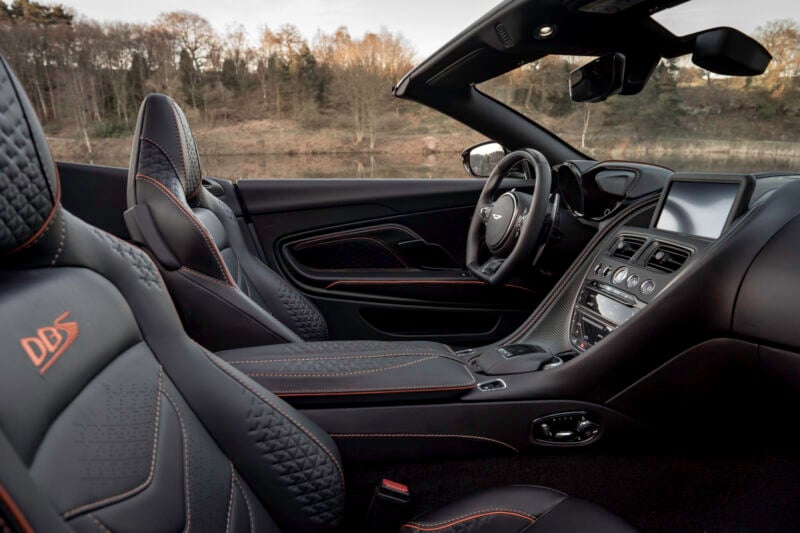 Although subtle, there are some other changes necessary to make the open-top Superleggera work. For example, Aston Martin has revised the car’s side strakes to further reduce front-end lift and high speeds.

The different roof line has also required a change to the rear aerodynamics. Like the DB11, the DBS Superleggera uses venting in the C-pillars to channel air through the body and out of a slot at the rear. As the Volante has no C-pillar, Aston Martin has had to change the system, which it calls “Aeroblade II”. However, at the 211mph top speed, the Volante is only down 7lb of downforce compared to the coupe.

“There is nothing on earth that compares to the roar of an Aston Martin V12 and I believe that the DBS Superleggera Volante provides one of the greatest sensory experiences in the automotive world. This is truly a testament to the no compromise approach of our engineers and designers, to deliver the two key aspects of a convertible Super GT. Exceptional performance in an irresistible form, DBS Superleggera has justifiably won the hearts and minds of Super GT lovers the world over, and the Volante takes this concept to the next level.”

Aston Martin
7 Comments Discuss this post in our forums...
Can You Beat the Impossible Gran Turismo Quiz?