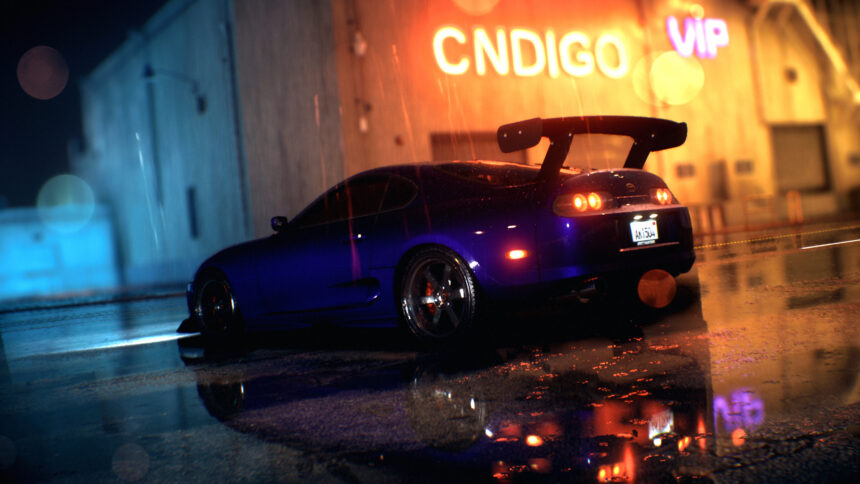 With Gamescom kicking off in a matter of weeks, an Austrian website has seemingly revealed the latest title in the long-running Need for Speed franchise. It comes with a sizeable grain of salt, however.

Word on the next NFS title has been thin on the ground. We’ve known it was coming this year for some time, when EA confirmed as much during a financial report. Developer Ghost Games sat out last month’s E3 too, but hinted at an unveiling this summer. Given that Gamescom is the largest gaming event of the year in Europe, and takes place south of Ghost HQ, many have pegged it as the location of the first public showcase.

However, an Austrian online retailer has jumped the gun, listing Need for Speed Heat for pre-order: 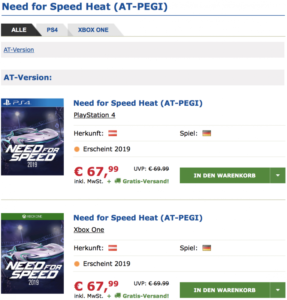 There are a few issues here. For starters, the image uses a combination of a promo image from mobile title NFS No Limits and speculative mockups from the community. That in itself isn’t too unusual: retailers often use placeholders until official artwork is available.

But even the name is up in the air at this point. Heat may in fact be accurate: many rumors have suggested a rekindled focus on the cop chases that dominated the franchise’s earlier years. It’s a move that’d make a lot of sense for a title that will celebrate the brand’s 25th anniversary. That latest blog update was also titled “Turning Up the Heat”.

If Ghost Games will really be debuting the new NFS at Gamescom — whatever the full title may be — we’ll be learning about it soon. The event runs August 20–24.

Ghost Games
15 Comments Discuss this post in our forums...
Can You Beat the Impossible Gran Turismo Quiz?

Gran Turismo Sport 790 Jan 13 by Andrew Evans
There’s a certain sibilance surrounding the circuits in this week’s set of Sport Mode sprints. The new selection of three races features some friends from right back when GT Sport…