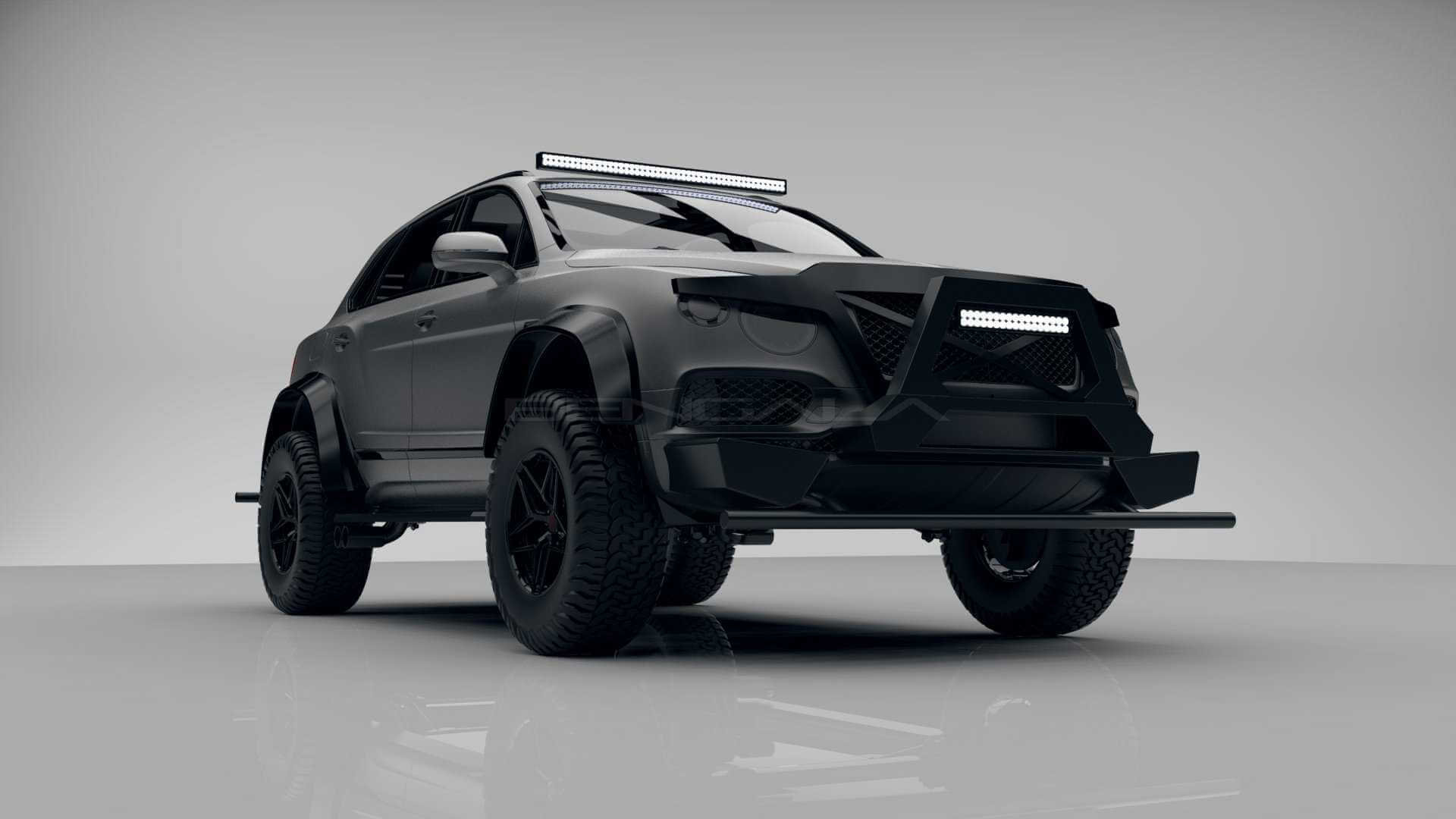 Some of Bentley’s design language recently has been a bit of a challenge to love. Case in point: we really enjoyed the Mulsanne we tested earlier in the year, but always parked it so we couldn’t see the front end.

The Bentayga in particular has been a model not blessed with the best of faces. It’s certainly not helped along by being $165,000-worth of SUV — there’s only so much you can do to make a tank pretty — but it’s pretty tough to say nice things about the front end.

Luckily a Spanish automotive tuning company has made things a little easier with its own, hauntingly vulgar, version that really makes you appreciate the original. 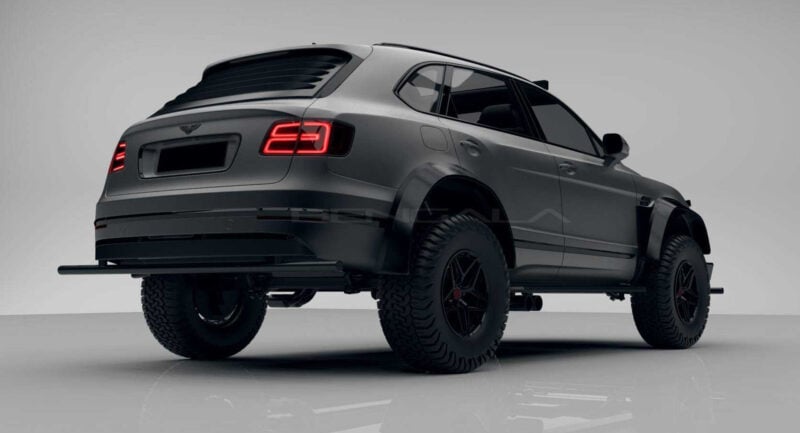 Bengala refers to the car as the Bentayga² and it’s quite the radical overhaul. The company teamed up with an unnamed “Spanish off-road rally champion” and his team to help create it.

There’s actually very few specifics on what’s gone into making the Bentayga². It’s pretty obvious that the car has a significant suspension lift, which accommodates new and enormous off-road tires. You’ll also find it hard to miss the new and brutal front-end treatment, which Bengala seems to have designed to eviscerate cattle.

At the rear there’s a new louvered cover for the back window and what looks like a Mansfield bar such as you’ll find on tractor trailers. We don’t get to see inside the vehicle, but Bengala promises lashings of carbon fiber. It’s certainly an unusual aesthetic all round. 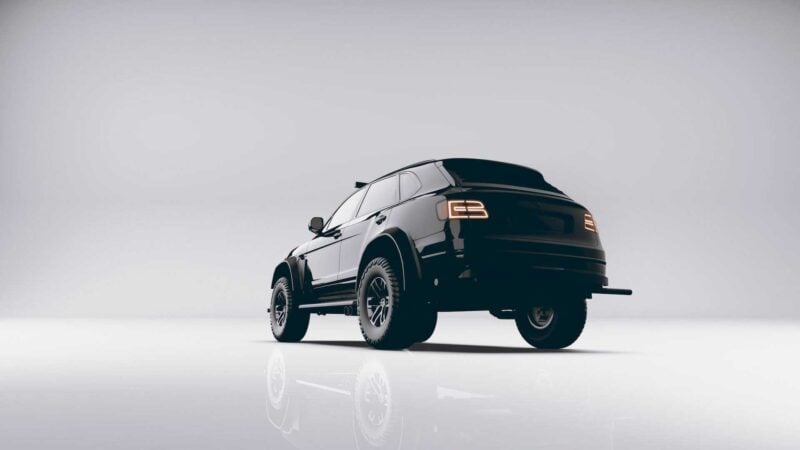 Although there’s certainly some modifications to the exhaust system — there’s a twin-pipe side-exit affair — we don’t know if any more work has gone on under the hood. In fact Bengala doesn’t even make a note of what engine is in this particular example, so it may be available with all four regular Bentayga power plants.

Luckily Bengala wants to keep this as a pretty exclusive vehicle. It’s part of the company’s “Privilege Program”, which means there’ll only ever be 15 of these cars. However, it will make each to the exact specifications of the customer. As for pricing, that’s similarly left unsaid.

The company’s motto is “make a statement”, and given that one of its press shots of the Bentayga features a middle finger emoji license plate we think we know what that statement is.