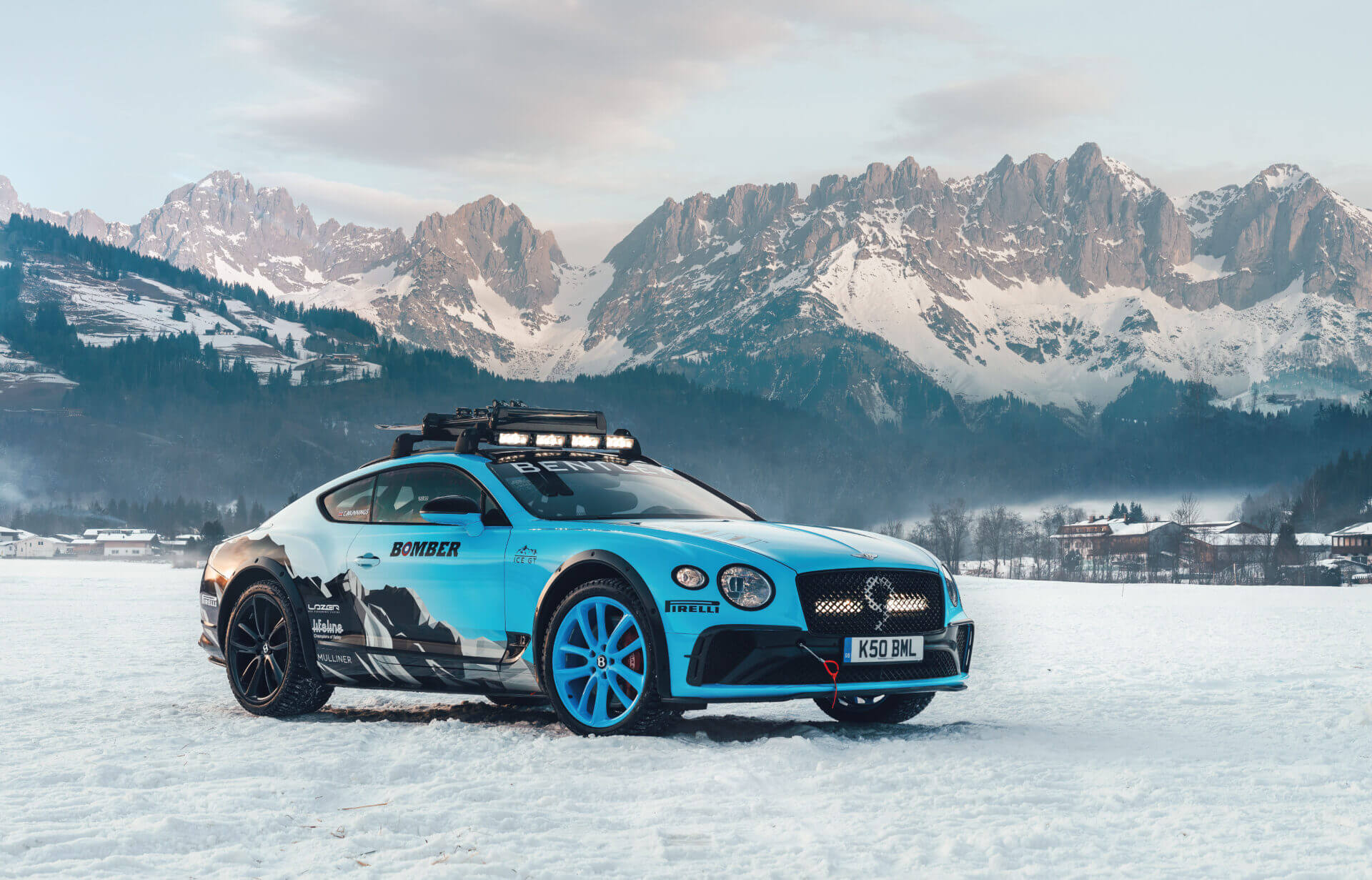 While Bentley may be a name you associate with endurance racing, the brand has been turning its attentions to other forms of motorsport in recent years. It holds the production SUV record for the Pikes Peak International Hill Climb, for example. Now it has set its sights on a very unusual motorsport discipline indeed: ice racing.

The sport of ice racing has a long history. Much like its summer equivalent of hill climbing, it was a chance for well-to-do European gentlemen to show off their vehicles in mountain resorts. With the exception of Trophee Andros in France, the sport has somewhat fallen by the wayside since its 1950s heyday, but last year saw a revival of one of the classic events. A local gentleman by the name of Ferdinand Porsche — yes, that Ferdinand Porsche — was part of an effort to bring back the classic GP Ice Race in the Austrian town of Zell am See.

Any mental image you might have of ice racing will no doubt include Trophee Andros. This mad, circuit-based ice race event uses small hatchbacks with immensely powerful mid-mounted engines and four-wheel drive systems. They also have short gear ratios for maximum acceleration at the expense of top speed. Almost none of this will mesh with a 200mph Bentley Continental GT.

Nonetheless, Bentley has built just such a car, for the second running of the new GP Ice Race. It’s broadly stock, with a few minor changes to get the car past the race scrutineers. That includes racing seats and harnesses, a rear roll cage, and a fire extinguisher.

Physical modifications include a mildly wider track by just over half an inch (15mm), and an unspecified lift of the ride height for ground clearance purposes. There’s a custom Akrapovic exhaust system, which may pose an avalanche risk, rally light pods from Lazer, and studded Pirelli Scorpion tires.

Paint job aside, the car is otherwise a standard Continental W12. That means there’s a 626hp, 664lbft twin-turbo engine in the nose, capable of dragging the Bentley to 60mph in 3.6 seconds and on to 207mph. We’re not sure it’ll need that on the icy airfield surface.

British rally driver Catie Munnings will be driving the Bentley at the GP Ice Race, which will also include a ‘skijoring’ exhibition event. Skijoring — literally “ski driving” — is a sport in which a skier is dragged behind a moving vehicle. That was originally a pack of dogs or unridden horses, which actually formed an event at the 1928 Winter Olympics in St. Moritz. These days it is, of course, a car and Sven Rauber will be the man on the skis behind the Continental. Rather him than us.

GP Ice Race gets underway on February 1 in Zell am See, Austria.