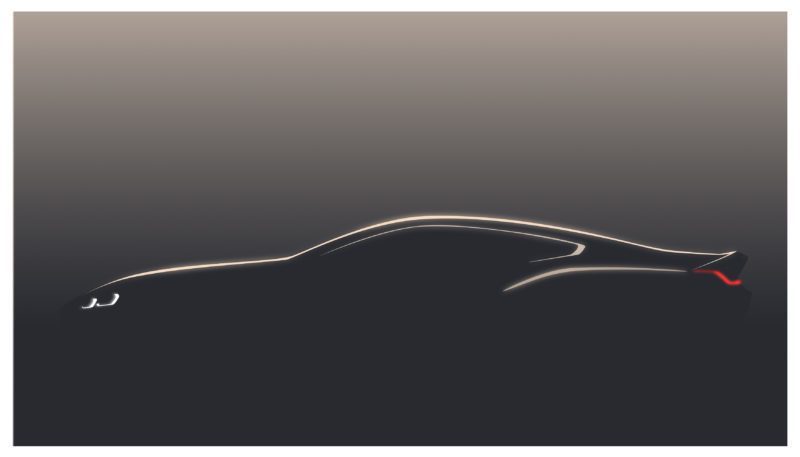 BMW is bringing back the 8 Series model line next year. The new luxury sport coupe will be previewed in concept form at the 2017 Villa d’Este, and BMW has released the teaser image above in preparation.

“The 8 Series Coupe will underpin our claim to leadership in the luxury segment,” said BMW board chairman Harald Krüger. “I can tell you today that this will be a true luxury sports coupe.”

At the moment, there’s not much to go on in terms of concrete details. The car is expected to sit on a version of the current 7 Series (G11) platform, which utilizes carbon-fiber-reinforced polymers in its construction for weight savings. The car looks long and low, much like class competitors such as the S-Class coupe and Continental GT. The rear shoulder line certainly draws comparisons to the Bentley — or, if we’re less charitable, BMW’s current coupe SUVs.

BMW’s original 8 Series was the brand’s halo model of the 90s. Wearing flip-up headlights, it boasted a 375-horsepower V12 which would become the base for the McLaren F1’s engine. BMW still builds twelve-cylinder engines too: the M760Li houses a 600 hp twin-turbo unit. We wouldn’t bet against that engine eventually arriving in the road car when it launches in 2018.

When the 8 Series launches, it will become the German marque’s top coupe model. BMW quietly discontinued the 6 Series coupe earlier this year, though the convertible and four-door Gran Coupé are still available. In addition, rumors suggest the car will form the basis of BMW’s 2018 GTE-class racer.

The 2017 Concorso d’Eleganza Villa d’Este will take place May 26.