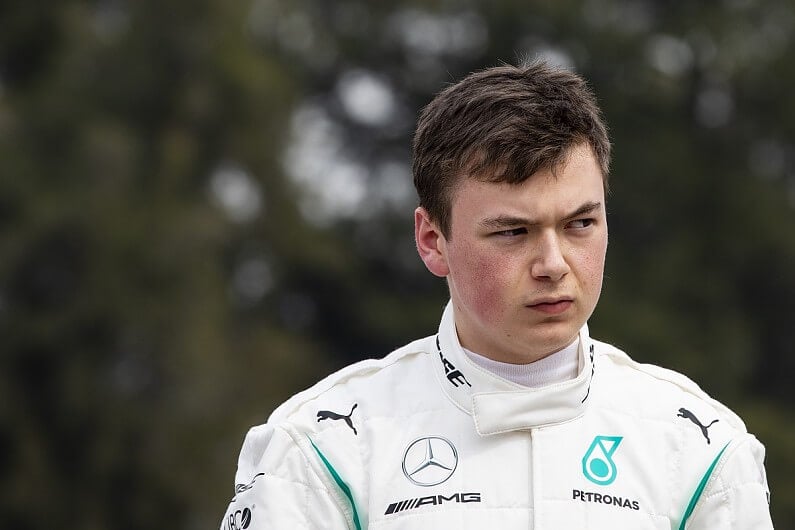 Another esport driver has made the jump to real-world competition. This past weekend, two-time Formula 1 Esports champion Brendon Leigh completed a trio of Formula Ford races at England’s Snetterton circuit.

The races were part of the season opener for the British Racing and Sports Car Club (BRSCC) National Formula Ford 1600 championship. Leigh took up a seat with Kevin Mills Racing, driving the Spectrum SC011C. The team captured second place in the series last year, boding well for the 19-year-old Leigh’s chances.

Team boss Kevin Mills had positive words for the Mercedes-AMG Petronas Esports driver heading into the weekend (via FF1600Website):

“He was fast straight away. He wasn’t too different to my other two drivers (Neil Maclennan and Michael Macpherson) really. His lap times were fairly similar. He’ll go well. I don’t know about his racecraft and being used to having 20 other cars all around him but certainly speed-wise, he’s compared quite well with my other two (drivers).”

Leigh showed promise early on, qualifying fifth for his first ever Formula Ford race. He dropped to seventh shortly after the start, only to work his way back up the field. With two laps to go, Leigh hit Jonathan Browne as both men fought for position heading into the Turn 2 hairpin. Leigh would finish fourth — ahead of both his KMR teammates — but the incident cost him a 15.5 second penalty, leaving him 10th post-race.

Unfortunately for Leigh, that was only the first bit of bad luck. Not long into the second race, his car found its way off track and into a barrier. With a ride on the tow truck required, Leigh was out of the third race before it even began.

Leigh will have a shot at redemption in a matter of weeks, as he’ll be getting back behind the wheel for KMR at Oulton Park on May 11.

It’s the latest example of a sim racer heading onto a real-world circuit. Just earlier this month, Gran Turismo Sport FIA-certified Nations Cup champ Igor Fraga began his Formula 3 Regional Championship season, picking up a pair of podium finishes at the first weekend alone. Fraga has well over a decade of real racing experience under his belt too.

With the likes of Leigh and Fraga racing on some of Europe’s biggest tracks, and sim racers James Baldwin and Enzo Bonito beating the pros at this year’s Race of Champions, we expect even more crossover success stories in 2019.