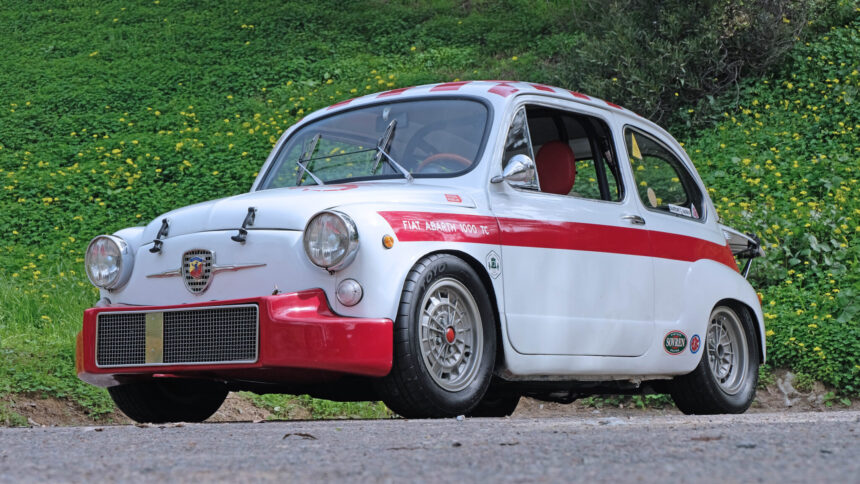 Celebrate 70 Years of Abarth With the Giant-Killing 1000TC Berlinetta

It’s time for another anniversary in the automotive world. This time around it’s Abarth, which is celebrating its 70th birthday this year. To celebrate this milestone, we are dedicating this week’s Want to one of the company’s giant killers, the 1000TC.

The history of the Abarth brand starts back in the 1920s with found Carlo Abarth building and designing motorcycles in Austria. Throughout the 20s and 30s, Abarth found himself closely connected the two-wheeled world and even had a successful racing career on them.

However, in 1939, Abarth had a major accident on his bike which left his racing career in shambles. Not all was lost though. Thanks to his success in motorsports, he had made several connections with prominent people in the industry. Being married to the secretary for Anton Piëch, the son-in-law of Ferdinand Porsche, didn’t hurt either. 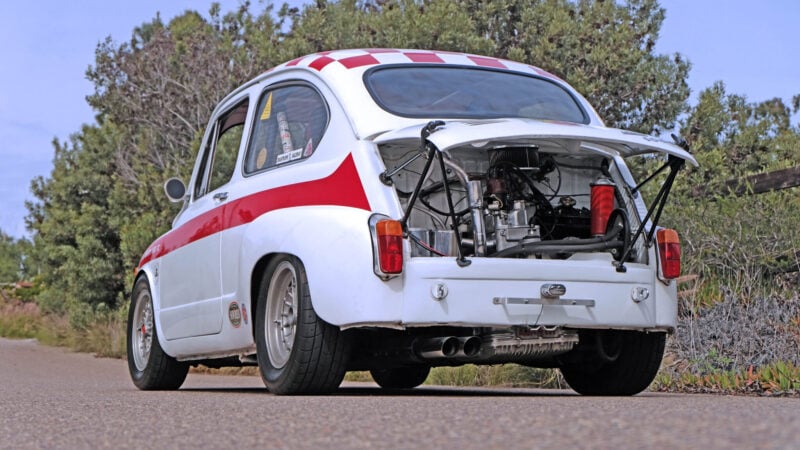 With his focus now on cars, Abarth teamed up with several players in the Italian automotive scene. This ultimately led to the creation of the short-lived company, Cisitalia, which produced the Type 360.

The Cisitalia project came to a quick end though, when founder Piero Dusio picked up and moved to Argentina.

Still with a passion for cars, Abarth partnered with Armando Scagliarini and formed Abarth & C. in Bologna, Italy in 1949.

The first cars from Abarth were modified versions of the Cisitalia 1100. With these proving successful on the race track, the company continued to pursue motorsports. As you might expect, this was rather costly. To help generate funds for the racing team, Abarth started making performance parts for various cars. 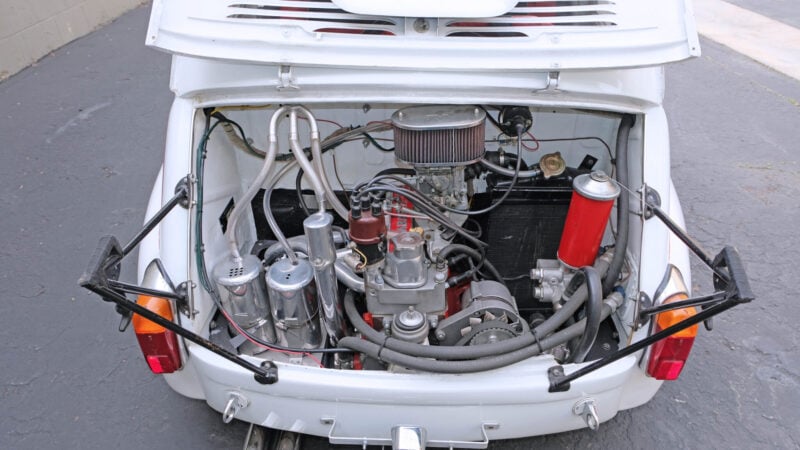 After the 1500, the partnership between Fiat and Abarth continued to grow with several models coming out of the now Turin-based company. This is where we find the subject of this week’s Want too.

Dubbed the “Giant Killer” the Abarth 1000TC boggled the mind. Based on the tiny Fiat 600, the 1000TC is what happens when you pump a city car up with copious amounts of steroids.

Instead of the standard 28hp 767cc I4 found in the standard car, the 1000TC had a bit more. Just how much more? With a full liter on tap, the car made somewhere in excess of 85hp. While this doesn’t sound like much, the little 1000TC only tips the scales a meager 1,800lb.

This led the 1000TC to absolutely dominate any race it entered. Cars with big V8s stood no chance against the little scamp of a car. With loads of grip and plenty of grunt, it ran circles around them. Throughout the late ’60s, the 1000TC took home several victories in various touring car series in both Europe and the US. 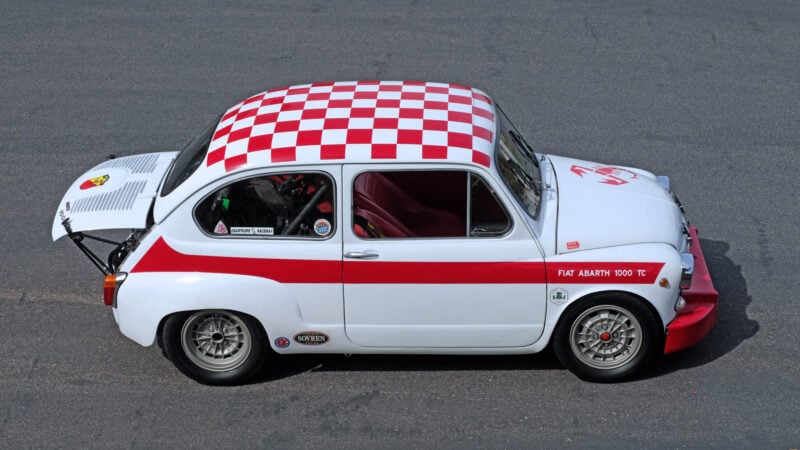 This particular 1000TC that’s for sale by Symbolic International of San Diego, California is one of those race cars. However, it’s not just any race car, but rather one of Abarth’s own factory racing vehicles.

According to the listing, it first entered competition in 1965 and raced in several touring car events with Arturo Merzario at the wheel. It ended its racing career briefly in 1967, but picked it back up again in 1968 by running in the 4 Hours of Monza.

In 1970, the 1000TC retired again from competition. It then went through various museums and other displays around the world. In 1987 a collector bought the car and shipped it to South Africa where it found its way back on the track. Since then, it’s competed in various historic racing events around the globe.

Now it’s up for sale and looking for its next owner, who will hopefully keep on racing it. Unfortunately, it’s rather pricey at $99,000, but if you’re looking for the ultimate Italian Giant Killer, it could be worth it.

AbarthWednesday Want
6 Comments Discuss this post in our forums...
Test Your Badge Knowledge With Our Car Logo Quiz