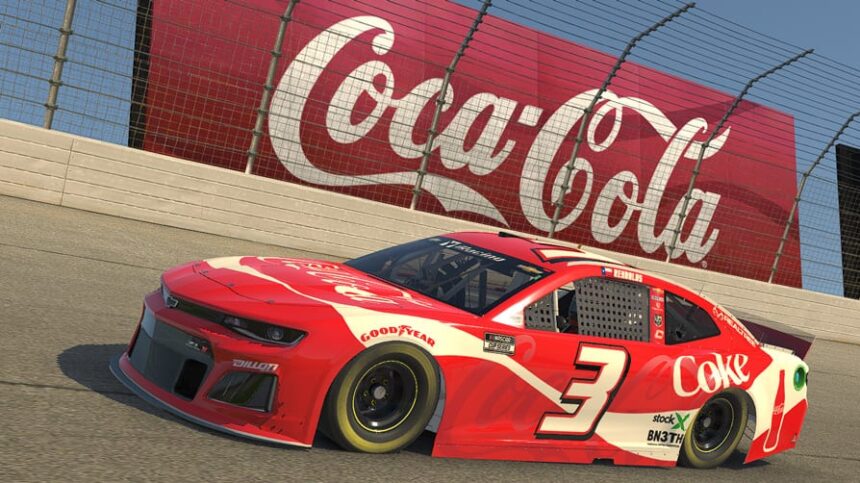 World famous soft drinks brand Coca-Cola has signed a multi-year deal with iRacing to become the title sponsor of the eNASCAR series.

Coca-Cola is already a major sponsor in the world of NASCAR, with an association that goes back 50 years. It first came on board in 1970, as a vehicle sponsor for the #37 Dodge Charger Daytona of Don Tarr, but has become more of a permanent fixture since then. The brand sponsors two races, the Coca-Cola 600 at Charlotte Motor Speedway and the Coke Zero Sugar 400 at Daytona, and for 2020 is a Premier Partner of the top tier NASCAR Cup Series.

The deal sees the esports version of the championship renamed to the eNASCAR Coca-Cola iRacing Series, but also brings with it an increased prize pool of over $300,000. Of course the largest share of that pot goes to the driver who wins the event come October, with a $100,000 prize for overall victory. However there are opportunities to win further cash prizes throughout the season. 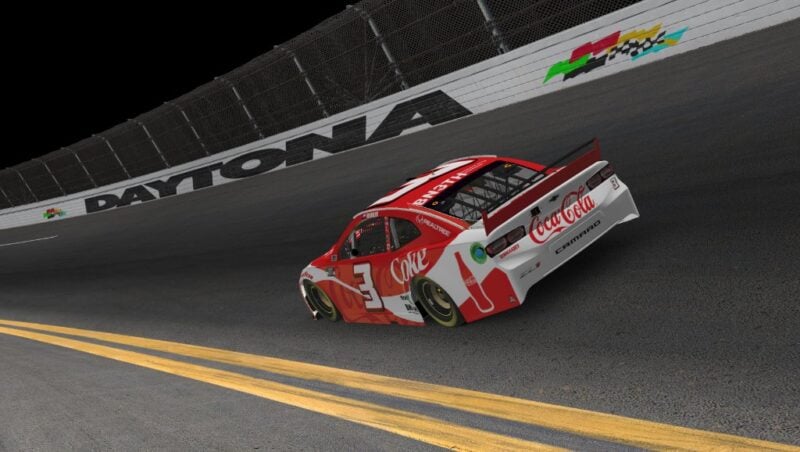 Although iRacing has yet to reveal a full schedule for 2020, we know that series will get underway next week with the first race at Daytona on February 11. From there the 40 drivers, spread across 20 teams, will endure a 20-week schedule with races on Tuesday nights at 2100 EST. NBCSN will live broadcast six of the races, while all will be available on YouTube, Twitch, and Facebook.

The 20 teams for 2020 include five new teams, including squads set up by current NASCAR Cup drivers William Byron, Denny Hamlin, and Kyle Larson. Stewart-Haas will also enter a team this season, while defending champion Zack Novak will return with Richmond Raceway eSports.

Chris Bigda, director of sports marketing and activation in motorsports at Coca-Cola, said:

“eNASCAR presents a unique opportunity for Coca-Cola to engage with consumers through some of the best esports competition that exists today.

Through our new position as a NASCAR Premier Partner we’re exploring innovative ways to activate across the sport. This series allows us to connect with race fans, identify new talent and ultimately, celebrate champions with refreshing ice-cold Coca-Cola.”