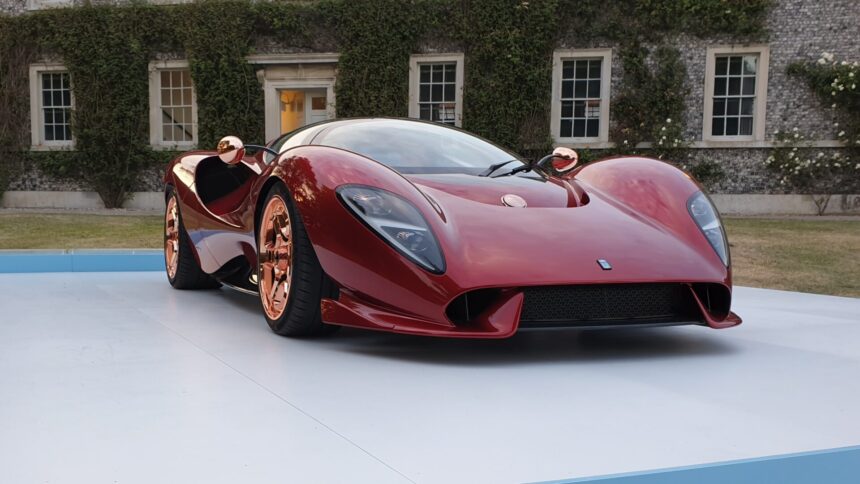 Revived performance car brand De Tomaso has revealed the last piece of the puzzle in its throwback P72 supercar: the engine. When the brand revealed the car at the Goodwood Festival of Speed this summer, it told us everything but what actually powered it up the hill there.

It’s quite the power unit as it turns out. De Tomaso has enlisted Ford and Roush to create a 5.0-liter V8 which, with supercharging, will deliver north of 700hp to the P72’s rear wheels. Peak torque is around 608lbft, and the engine will spin to over 7,500rpm. That’s all on regular pump gas too, and of course comes through a six-speed manual gearbox.

The package plays nicely with the modern De Tomaso’s intent to recapture the spirit of the original brand. De Tomaso’s first road car, the Vallelunga in 1963, used a four-pot Ford Kent engine with a heady 104hp. All subsequent De Tomaso road cars used Ford V8s, although the Guara — Alejandro de Tomaso’s last car — briefly used a BMW V8 before switching back to Ford. So close was the relationship that Ford bought 84% of the brand in 1970.

When De Tomaso sought to go racing in 1965 with the P70, it too used a Ford V8. It seems only appropriate that the P72, which De Tomaso says intends to recapture the spirit of the P70, heads to Ford power. 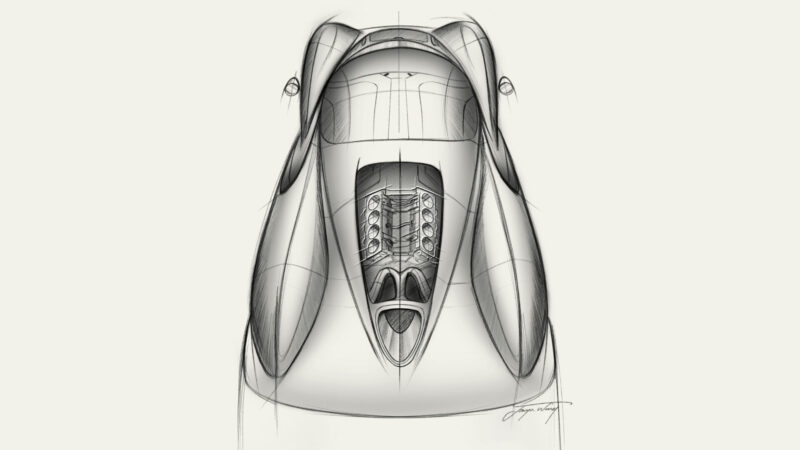 For the P72, De Tomaso secured a supply of Ford V8s and worked with Roush to develop it. The engine is dry-sumped, and fitted with a new, Roush-developed roots-type supercharger. This features a new, four-lobe design, which De Tomaso says is more efficient and offers improved noise and vibration.

In fact the engine is still in development, but De Tomaso has it pegged at in excess of 700hp and 608lbft, on 91 octane fuel (equivalent to 95RON). The brand isn’t chasing headline power figures though, as it’s all about the smooth, linear power curve. That and staying true to the original De Tomaso recipe.

Part of that is the soundtrack. De Tomaso demanded that the V8 must be distinctive — dismissing most modern V8 supercars as having a ‘homogenous’ soundtrack — and that meant a 1960s engine note. The P72’s exhaust system is intended to quiet down the supercharger’s whine to deliver a sound that makes you think you’re on the start line of the 1966 Le Mans 24 Hours.

Indeed the whole car is intended to give off the 1960s Le Mans prototype vibe. De Tomaso didn’t reveal the engine at Goodwood simply because it was “irrelevant to the ethos of this project”.

“In our opinion the market is now over-saturated with commercially driven, ‘limited edition’ models primarily marketed on performance metrics. We have grown tired of this notion and thus took a contrarian approach with the P72.

A stark contrast in almost every aspect of today’s market, the P72 is a true ‘Modern-Day Time Machine’; a car that has been over-subscribed without revealing any performance figures, nor disclosing the engine, as the P72 owners and enthusiasts realize the historical significance of this program and therefore have disproved the notion that one needs to produce the fastest or most powerful car on earth to garner interest. We focus on the provenance and the overall experience as a brand and for our clients.”

De TomasoFordRoush
58 Comments Discuss this post in our forums...
Can You Beat the Impossible Gran Turismo Quiz?