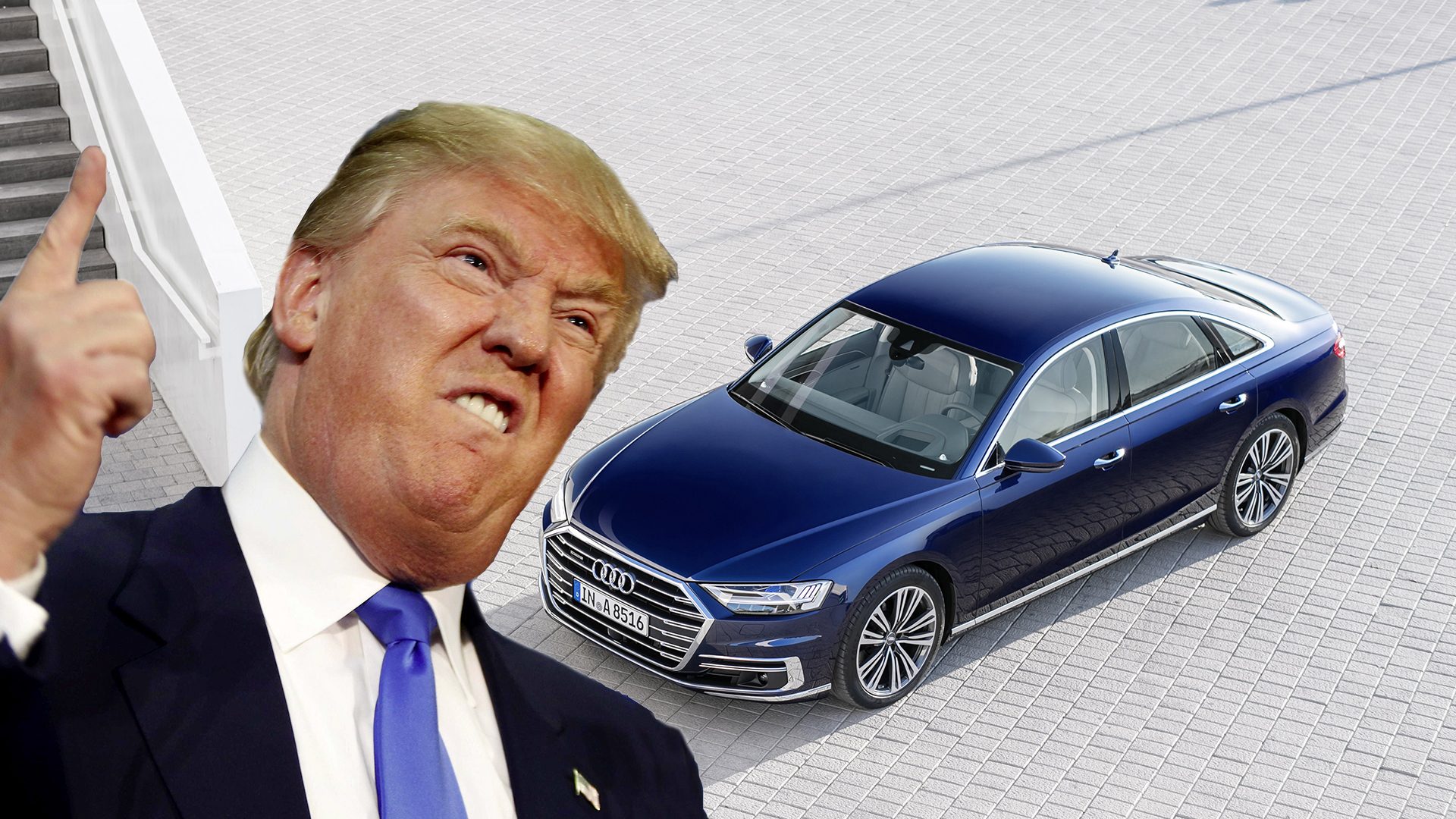 Donald Trump’s latest trade target may just be in your driveway. According to German outlet WirtschaftsWoche, the US President is seeking a full-on ban of the country’s luxury automobiles.

WirtschaftsWoche cites several unnamed US and European diplomats as sources, all of whom were present during French President Macron’s recent visit to Washington. There, Trump allegedly stated he would “maintain his trade policy until no Mercedes models rolled on Fifth Avenue in New York.”

“When you walk down Fifth Avenue, everybody has a Mercedes-Benz parked in front of his house. You were very unfair to the U.S.A. It isn’t mutual. How many Chevrolets do you see in Germany? Not many, maybe none, you don’t see anything at all over there. It’s a one-way street.”

Word is that the 45th President is also considering a massive 25-percent tariff on all imported vehicles. It’s a strange move by a man with a car collection that has at various times included a Rolls-Royce (British but owned by BMW), Lamborghini Diablo (Italian but owned by Audi), and a Mercedes McLaren SLR (very, very German).

The White House has not issued a statement about the matter yet. No word on any particularly offensive colors, either. Meanwhile, the stock market responded with drops for Daimler, Porsche, and Volkswagen.