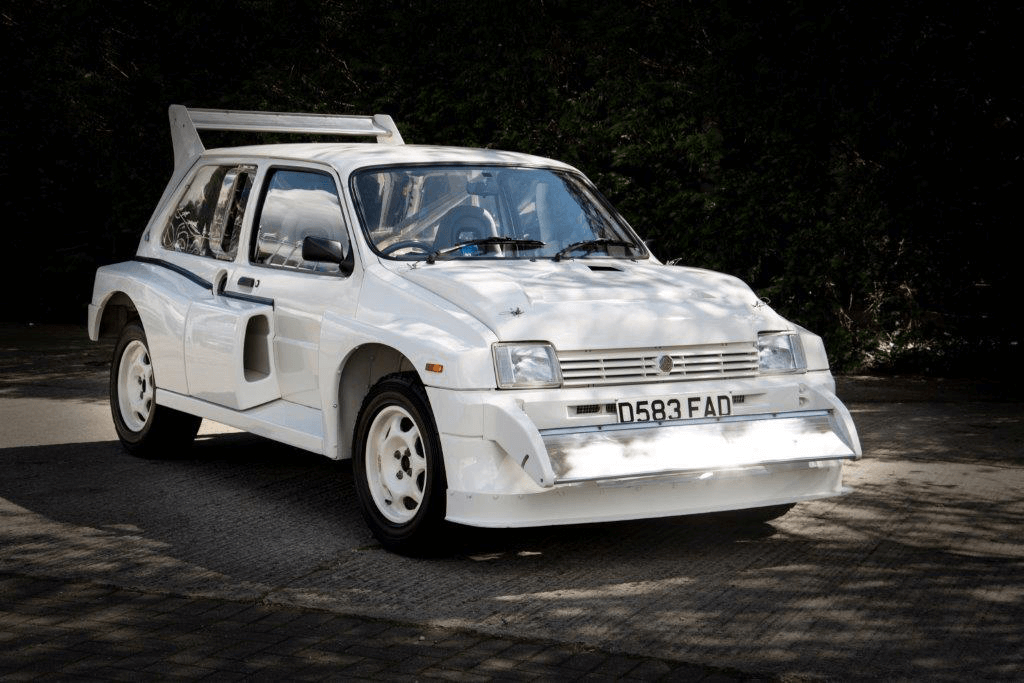 This week’s Wednesday Want once again zeros in on one of our favorite automotive genres, Group B rally cars. In the past, we’ve showcased the Porsche 959, Peugeot 205 T16, and the Toyota 222D. Now joining that list is the MG Metro 6R4.

Like all Group B cars, the Metro 6R4 is pretty bonkers. Also, like other rally monsters from this era, it shares very little with its donor car.

The standard MG Metro is a pretty standard city car. Debuting in 1980, it was originally intended to replace the Mini Cooper. However, due to the changing wants of the buying public, the Metro’s size grew into the new “supermini” class of cars.

As with most of these superminis, the Metro’s price tag was relatively low. It also had a decent amount of power too. On the low end, buyers could spec a 998cc four pot turning out 45hp. That might not seem like much, but the car was pretty light.

For those looking for something sportier, in 1983 the Metro had the option of a turbo 1.3-liter. That engine put out 93hp and moved the Metro into the hot hatch category of cars. 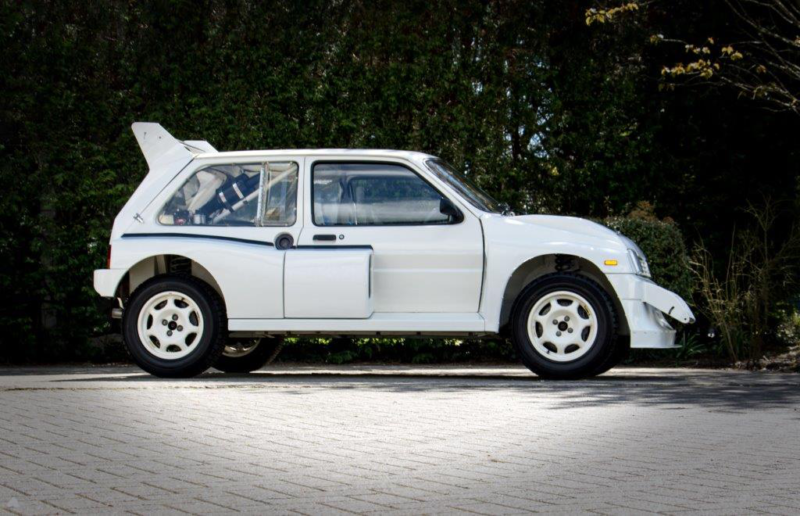 The Metro proved very popular with British buyers too and sold well during its early years. Helping its popularity along was one of its famous owners: Diana, Princess of Wales.

By 1982, British Leyland was looking to venture back into rally racing. As a result, it chose the Metro as the platform to build its replacement for the TR7 and TR8 rally cars. Well, after a fashion at least; this car may look quite like a Metro, but the tube-frame chassis underneath is pure race car courtesy of Williams. Reputedly the only common part between the Metro and the 6R4 was the gear knob.

When the Metro 6R4 debuted though, it was different than its other competitors. Unlike the turbo beasts of the day, the 6R4 instead relied on a naturally aspirated solution.

Mounted in the middle of the car, the 3.0-liter V6 could pack quite a punch too. Using technology from the Cosworth Formula 1 DFV V8, the V6 turned out upwards of 410hp. For those playing along at home, that’s nearly 10 times more than the base car. The engine later went on to find a home in the back of Jaguar’s XJ220 supercar.

To keep the 6R4 in check, it sported a full-time AWD system, as popularized by Audi. It also made use of fiberglass bodywork and a rather extreme aero package.

Unfortunately, the 6R4 didn’t find a ton of success. Its best finish came at the 1985 RAC Rally in the UK which put driver Tony Pond on the podium in third. From there it was mainly a mix of retirements and mid-pack finishes. 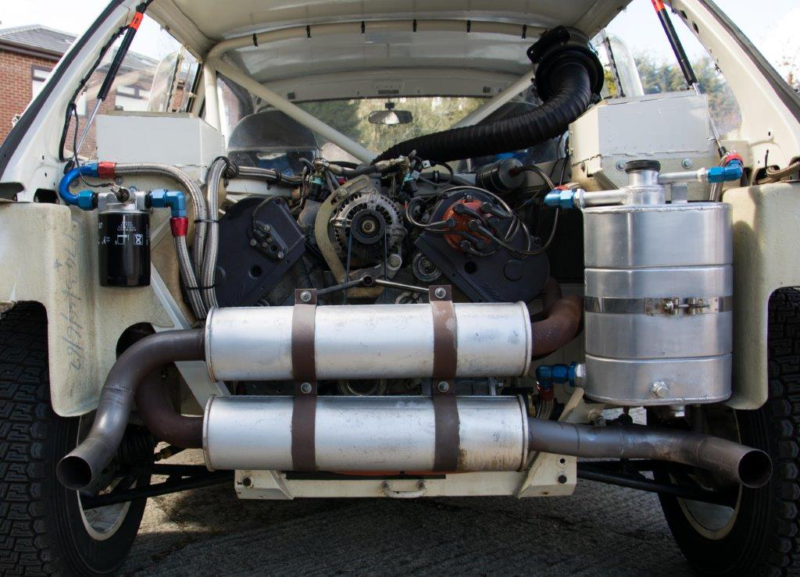 When Group B folded in 1986, the 6R4 had a similar problem to most other cars of this type. Along with the 20 competition-spec cars, Austin Rover Motorsport had 200 “Clubman” 6R4s for private sale — road legal, with a more modest 250hp, but easy to prep for national level rally. With little to no rally heritage to trade on and no international competitions to race in, the brand converted the remaining cars into a 300hp “Clubman 300” variant. This allowed UK customers to buy them and still rally with the new power restrictions.

The example we found up for auction by Silverstone Auctions is the real deal though. It’s just one of the 20 Group B spec “International” 6R4s around, and is probably one of the best preserved.

With just 175 miles on the clock, it’s practically new. This is largely in part to its former owner, Williams Grand Prix Engineering. From 1988 to 2005, this particular 6R4 sat on display at the team’s Conference Centre and Grand Prix Collection at the Didcot factory.

From there it was sold as part of the Williams F1 Reserve Collection in 2005 to a private owner. Shortly thereafter, it ended up going to the Tifosi Garage before ending up back in the hands of a private owner.

It’s not a number that’s easy on the wallet by any means. But the chance to own the dwindling number of Group B monsters in existence, it’s definitely worth it.

See more articles on Group B, MG, and Wednesday Want.