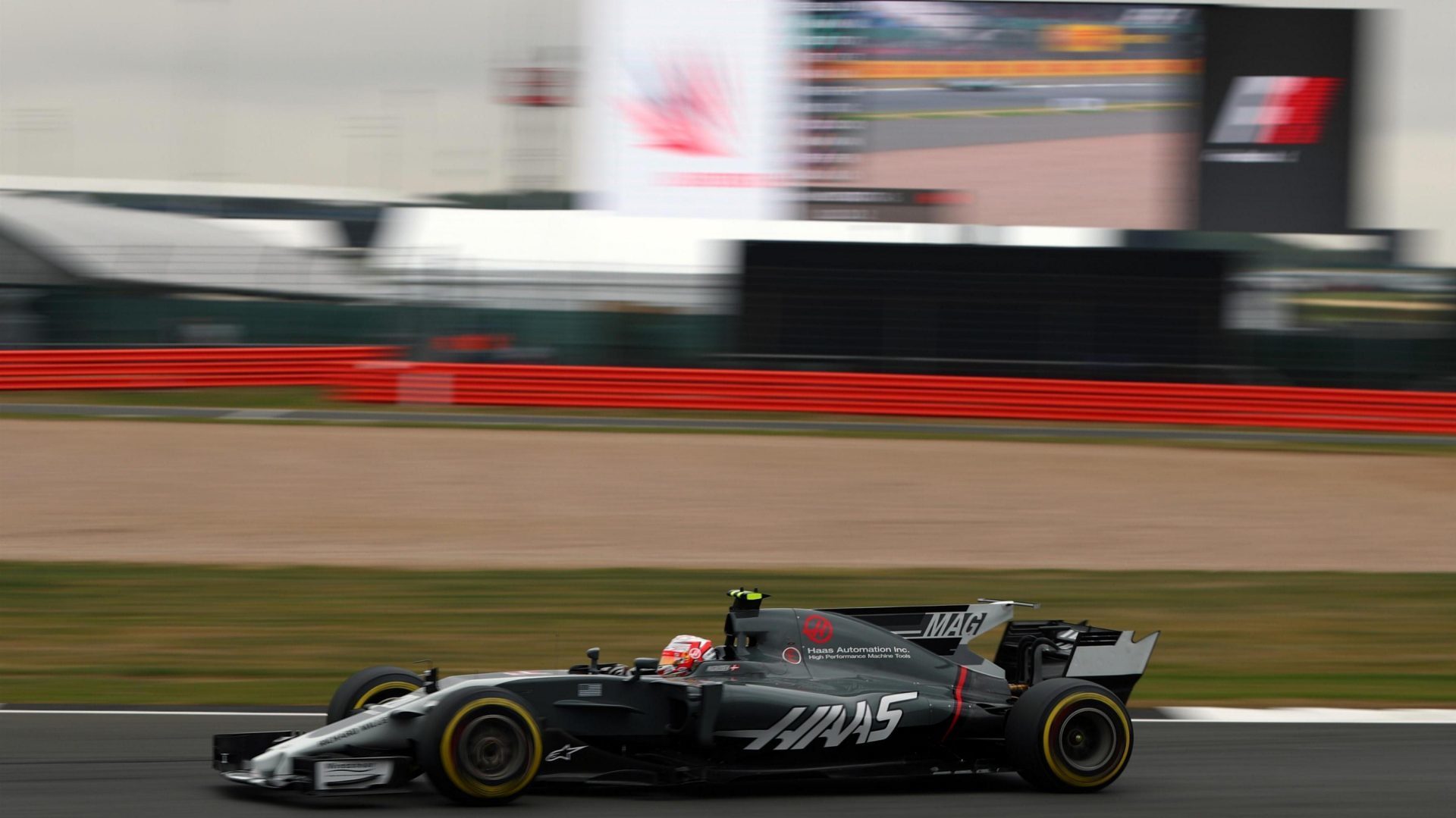 The final round of the F1 triple header is set for this weekend. While the Austrian GP was chaotic in its own right, Haas walked away with its best performance to date. As such, Kevin Magnussen is here to take us along for a lap around Silverstone.

Onboard last year’s VF-17, Magnussen is immediately on the power onto the main straight. He takes Abbey, Turn 1, without lifting, though acknowledges the real deal is bumpy. The sweeping nature of Turn 2 sets you up for the first heavy braking zone into Turn 3.

The Danish driver points out it’s difficult to get the car rotated through Turn 4 as understeer will be an issue. With that out of the way, the track opens up to the sweeping left-handed corner of Turn 5 and Magnussen’s back on the power. As he unwinds the lock, he points out the following straight — the first DRS Zone of the lap — will be a prime overtaking spot.

There won’t be much time to make things stick on the way to the fast left of Turn 6. Without much room to out-break the car in front, drivers will want to make the move as early as possible. Turn 7’s hairpin carries you onto the old main straight where you can keep your foot firmly planted.

You won’t have to lift through Turn 9’s Copse corner either, though Magnussen does cut the inside quite aggressively. Before long you’re carving your way through Maggots and Becketts. The corners, Turns 10-13, go by in a flash, and you zip around Turn 14 and onto the Hangar Straight.

As Magnussen points out, with everything happening so quickly it can be a bit of a hassle heading into Turn 15. It’s very easy to overcook the corner — as Magnussen does — and go off a bit, but nothing you can’t recover from. Carrying that speed into the heavy braking zone for Turn 16 sets you up for the home stretch. Keep the car steady through the final two corners and you’re all set.

There’s no telling what 2018 has in store for this year’s British Grand Prix. We won’t have to wait much longer to see it unfold.