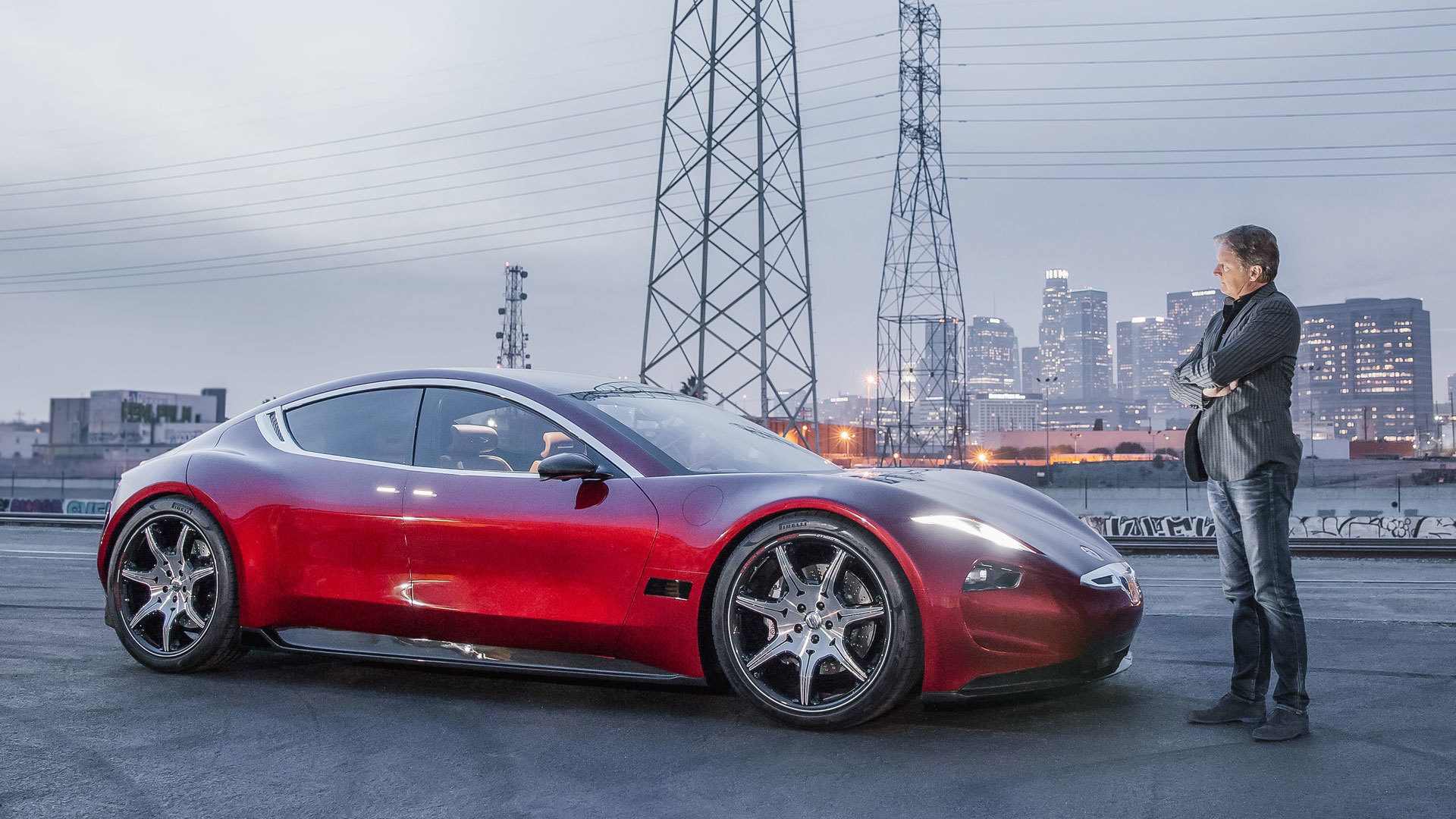 Fisker gave us the full unveiling of its latest car at the 2018 Consumer Electronics Show in Las Vegas, Nevada.

If you’re surprised to see the Fisker name pop up again, you’re not alone. After bankruptcy in 2014, the Wanxiang Group purchases all the Fisker assets—including the rights to the Karma. Using its newfound property, Wanxiang created Karma Automotive which rebranded the car the Revero and stuffed in a plug-in hybrid drivetrain.

Then in 2016, Gilbert Villarrea, Bob Lutz, and Henrik Fisker created VLF Automotive in Auburn Hills, Michigan. The mission of the company? Take the Karma and stuff in a 638 hp LS9 V8 out of the Corvette ZR1 and rename it the Destino.

Now Fisker is back with a car of its own called the EMotion.

Unlike the Karma that came before it, the EMotion is entirely electric. It’s also packed to the gills with tech and is clearly aimed at taking on Tesla at its own game.

In addition to the incredible range, the EMotion will also snap to 60 in under three seconds and carry a top speed of 160 mph.

The batteries are just one of the major futuristic elements on the car. The other is Level 4 autonomy. Assuming the EMotion makes it into production, it might be the first car to offer this. 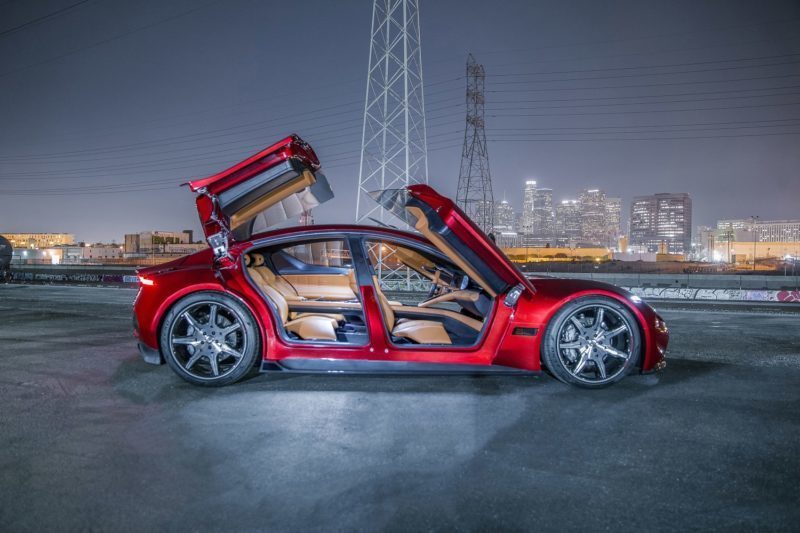 So what does Level 4 autonomy mean? According to the Society of Automotive Engineers (SAE) at Level 4 the car can function without human involvement in select conditions. This means if the vehicle determines it’s safe to pilot itself, it can do so. However, a human can still take over all of the driving duties if they wish.

To accomplish this level of autonomy, Fisker put five Quanergy LIDAR sensors around the EMotion. When coupled with various cameras, RADAR, and ultrasonic sensors, the car will navigate around virtually any hazard it comes across.

The overall shape of the EMotion has plenty of familiar cues from Henrik Fisker’s past designs. These include both the Aston Martin Vantage (the previous generation, not the new one) and DB9, which the EMotion definitely pulls from. Fisker has stuck to his love of big wheels too; those are no less than 24″ items.

Perhaps the coolest aspect of the design is the doors. According to Fisker, this is the first car to feature “butterfly doors”. Although, given that the 1967 Alfa Romeo 33 Stradale used butterfly doors over 50 years ago, this claim might be a little over-optimistic.

To Fisker’s credit though, he is probably the first to use them on a four-door vehicle.

The only downfall regarding the doors is how they operate. In order to open them, owners will use a smartphone app that acts as a key. As we saw with Ford and its fiasco back in September, tying such a necessary function to an app may not be the best solution long-term.

The interior of the EMotion is the standard sea of leather and massive touchscreen interface common with luxury cars. Although it does come in two variants.

For those looking for a family hauler, owners can opt for a five-seat model. With the chauffeur package, the seats reduce to just four with a center console replacing the middle seat. With this package, a 27” curved screen also takes over a large part of the rear seats and offers a premium entertainment experience.

Even with all the extravagance on the inside, the EMotion does have a unique party piece. Using the touchscreen controls, passengers can adjust the amount of tint the windows produce. This ranges from black-out limo tint to completely clear windows.

Currently, Fisker is taking reservations for the EMotion. To get your hands on one all it requires is a $2,000 deposit made through its website.

The final price will start at $129,000 and go up from there depending on options.

As of right now, deliveries should start in 2019 but you shouldn’t hold your breath. Given the past history of Fisker and its failed Karma, it might be worth it to hold off on joining the waitlist.

Andrew Evans · Jan 10, 2018· Comments
Gran Turismo series partner Toyota has revealed a special, limited edition version of its Toyota Yaris hatchback, which not only bears the Gran Turismo 7 name but comes with a free copy of the game and a PlayStation 5 console.

Andrew Evans · Jan 10, 2018· Comments
After it surprisingly revealed a new car at the Consumer Electronics Show (CES) in 2020, Sony has taken the covers off a second model at this year’s show — and it looks like it might be planning to build them.

Andrew Evans · Jan 10, 2018· Comments
Porsche has officially taken the covers off its Vision Gran Turismo car, designed specifically for Gran Turismo 7 when it launches on March 4.

Andrew Evans · Jan 10, 2018· Comments
MG’s specialist design center, SAIC Design in London, has created a new concept car that’s not only inspired by gaming, but a games room itself.

Michael Leary · Jan 10, 2018· 13 Comments
Although Lamborghini has now officially pulled the wraps off its latest nostalgia project, the Countach LPI 800-4, you’re already too late to buy one.

Andrew Evans · Jan 10, 2018· 21 Comments
Genesis has unveiled a trio of new racing car concepts designed in collaboration with Gran Turismo, destined to take their places in the racing game series in the near future.

Andrew Evans · Jan 10, 2018· Comments
Nissan has taken the covers off the latest model of its flagship performance car, the GT-R Nismo, ahead of its market launch later this year.