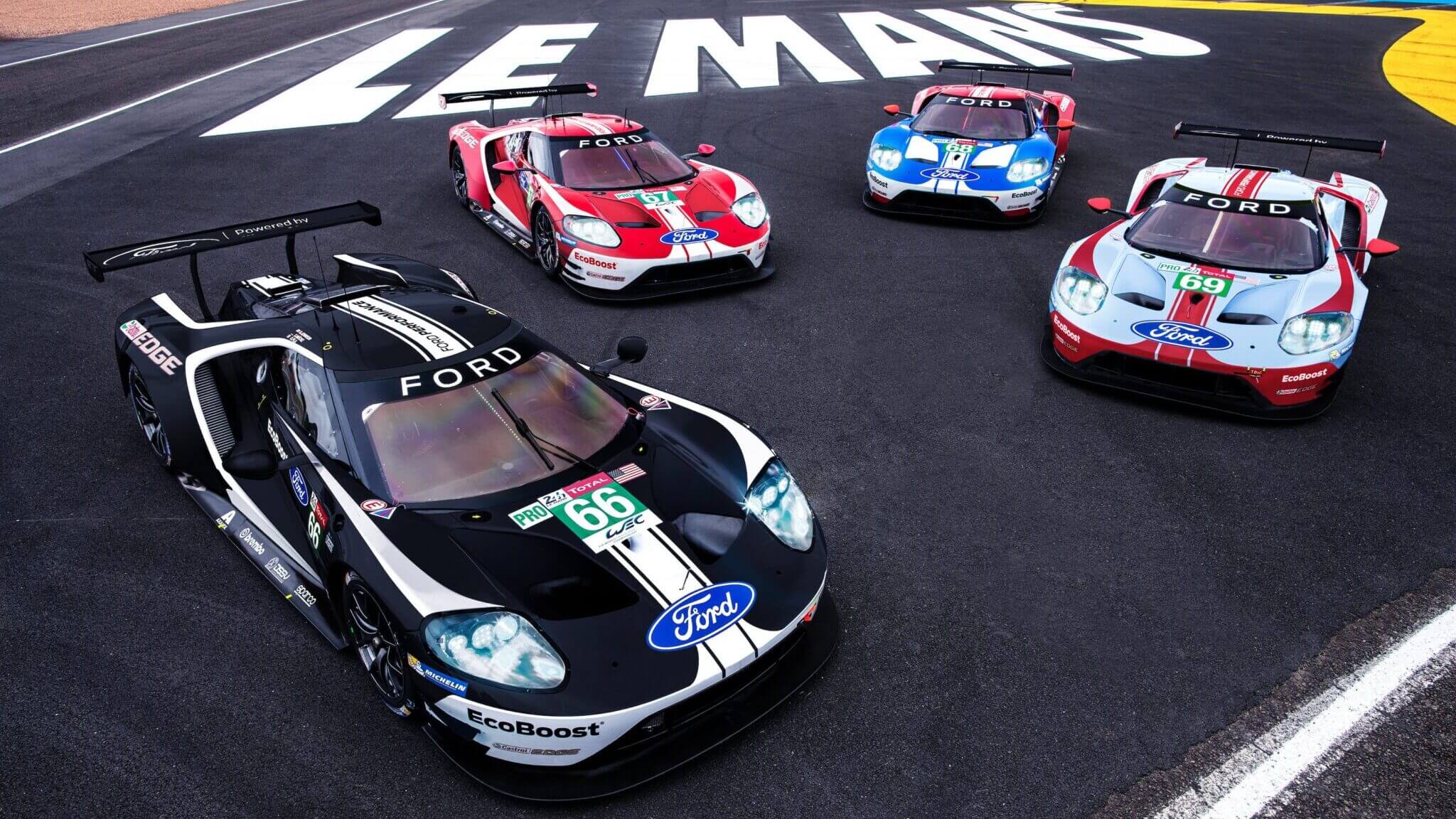 The 2019 24 Hours of Le Mans is likely to mark an end for many programs. It’ll be the last race of the 2018-19 FIA World Endurance Championship “super-season”, and with a significant rule change coming for 2020 it may be the last we see of some cars.

One car that’ll definitely be saying goodbye to the famous endurance race is the Ford GT. 2019’s race will be the fourth and final Le Mans for the Ford GT, a car Ford entered in to the races as an homage to its successes with the original in the 1960s.

To celebrate the last race, Ford is turning the nostalgia dial up to 11. Each of the four cars entered into the 24 Hours of Le Mans will bear a different commemorative livery.

The #66 car, appropriately, will bear a black scheme like the 1966 winning #2 car, driven by Bruce McLaren and Chris Amon. On driving duties in 2019 are Stefan Mucke, Olivier Pla, and Billy Johnson. The sister #69 car, with Scott Dixon, Ryan Briscoe, and Richard Westbrook, uses 1966’s #1 pale blue livery with red flashes, as driven by Denny Hulme and Ken Miles, for inspiration.

Another blast from the past is the 1967 livery on the #67 car. Andy Priaulx, Harry Tincknell, and Jonathan Bomarito will drive a red and white-liveried GT that harks back to Dan Gurney and AJ Foyt’s defense of the title.

The liveries also mark a more recent title. When the Ford GT came back in 2016, it won the race at its first attempt on the 50th anniversary of the first win. The winning #68 car provides the livery for the 2019 #68 car, and — for the third time in four races — even use the 2016 driver line-up. That’ll be Dirk Muller, Sebastien Bourdais and Joey Hand.

For 2019 we’ll also see a fifth Ford GT, this time in the GTE Am class. That’s a privateer entry, from Keating Motorsport, which will use the same basic livery patterns, but in the colors of its sponsor. You’ll be able to see all five cars on track for the first time on Sunday June 2, at the official Le Mans test day.

“The Ford GT was created to take Ford back to the world of GT endurance racing. This factory Ford GT program has been a great success for our brand and we have enjoyed the many challenges that have come our way during this four-year program. Le Mans is not quite the end of the factory program as we still have many more IMSA WeatherTech SportsCar Championship races to go in 2019.”