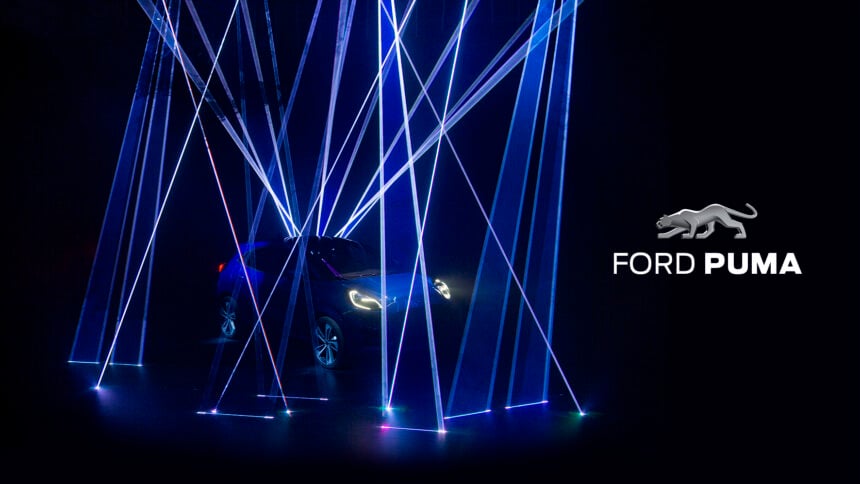 Do you know what the world needs? Another crossover that fits into a very specific market segment. That’s why Ford is dusting off its Puma nameplate to slap on its latest compact utility vehicle.

Some of you may remember the original Puma. Launched in 1997, it was a sporty little coupe based on the Fiesta. It came with a wide array of engine choices, offered a fun steer on a budget, and was even spritely in some trims.

These characteristics made it a perfect choice for motorsports too. Throughout the late ’90s, Pumas found their way onto rally courses across Europe. Even today, amateur racers still take to the track in a Puma.

With these credentials, you probably wonder why Ford is using this nameplate for a crossover? Well, with the information we have right now, the little SUV could very well be somewhat fun to drive.

Under the hood, the Puma will get the 1.0-liter three-cylinder EcoBoost. While practically microscopic in size — Ford famously fit it in a suitcase — it’s a punchy little engine. In the current generation Fiesta, the same engine packs upwards of 140hp. The Puma, however, will bump that number up slightly to an impressive 153 ponies — the exact amount the limited-run Racing Puma had.

The drivetrain will also make use of a mild hybrid system. This means you should get plenty of zip when you floor it while still maintaining good fuel economy.

Underneath, the Puma will ride on Ford’s Global B-Car platform, sharing parts with cars like the Fiesta, Ka, and EcoSport. It also translates into a good starting point for something that could be fun in the corners too.

Also, since it does share its platform with the Fiesta, that means an ST version is definitely possible. We will keep our fingers crossed for a 200hp version to hit sometime in the future for sure.

In addition to the fun factor, Ford is looking to make the Puma practical too. According to Ford, the interior cargo volume should top a class-leading 16.1 cubic feet. Also, the rear cargo area will feature a removable floor so you can stand two golf club bags upright.

As of right now, Ford says the Puma will not replace the EcoSport. However, the EcoSport is now seven years old and it shows. We can’t see Ford actively replacing the EcoSport once its lifecycle is up, but the world is SUV crazy right now so it’s hard to say.

As for whether or not the Puma will make it to the US, that remains to be seen. Given that Ford axed nearly every car in its US lineup last year, it’s a very real possibility.

The full debut of the Puma will happen later this year and should hit dealer lots sometime next spring.

FordFord Puma
101 Comments Discuss this post in our forums...
Can You Beat the Impossible Gran Turismo Quiz?