​
Welcome back drivers to the ARL Sprint Cup Series page! We are now entering our 15th season. What started as a developmental league for the Gr3 series has grown to become one of ARL's staple series.

This season we are going back to a Gr.4 championship. GTsport BoP will be used. A limited selection of Gr.4 cars will be allowed. All cars will be running on RM Tires

Races will be laps equal to 35-40 minutes per race.

Whether you are an experienced driver or new, there is competitive racing for every skill level. So please look over the race info below and feel free to join us on Wednesday nights.

Lobbies will open at 9:30pm EST and qualifying will begin at 9:45pm EST
Race nights typically last about an hour and a half.

Points awarded per main race will be as follows:

The penalty system for the GR.4 league is a little more relaxed than the Gr.3 series mainly because this is more of a learning league. If you feel like you need to file a IR on a driver please fill out the form below. Our Chief Steward and will review all IR along with the other BoD members.

With the recent update on GT Sport there have been many instances a driver getting stuck on the grid (including myself). Hopefully this will not be a problem going forward but until GT Sport fixes this problem we will need to adapt a rule for being stuck or disconnecting.

The rule we are putting in place for the time being is that if a driver gets stuck on the grid we will move the driver to the rear of the grid and restart.

If problem persist we will ask the driver to please exit the race and issue last place points to the driver/drivers for that race.

It really sucks being stuck on the grid and I want everyone to race each week but at the same time we can’t restart more than once for the same driver it’s not fair to the others.

If a driver quits during a race for any reason other than a disconnect/stuck on grid/personal issue (i.e. rage quits) they will lose any and all points accrued during the race night.
The offending driver will also be issued a warning for their first offense.
If a second offense occurs the driver will then face a 2 week suspension from the series
If a driver quits during a race we ask that you message the lobby host as soon as possible with a reason for quitting
If a message is not received within 24 hours of the race end if will be assumed to be a rage quit

Drivers that quit between races for any reason other than a disconnect/stuck on grid/personal issue will lose any and all points accrued during the race night.
If you do exit between races please state in the chat that you will not be returning and follow up with a message to the lobby host why you left.
Drivers that leave between races will not receive warnings or suspensions
Again if the driver does not message the lobby host with a reason why they left within 24 hours of the race completion it will assumed to be a rage quit.

Any drivers that experience connection issues or have to leave for personal matters will not be penalized.
GT4 Number Board:
https://www.gran-turismo.com/us/gts...gallery/all/decal/1520746/7286908936993636376
There are also a gold and silver version of GT4 number board if needed. But there aren't really any classes on Wednesday series. 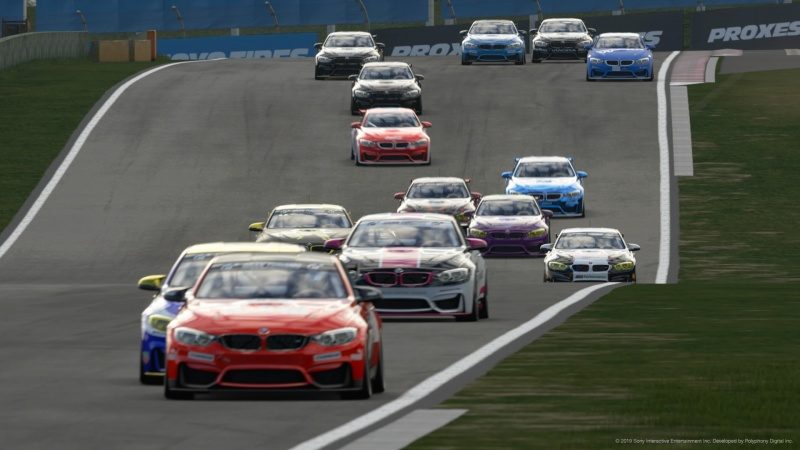 Please join the party chat even if you do not have a mic. This will help coordinating qualifying and cautions much easier 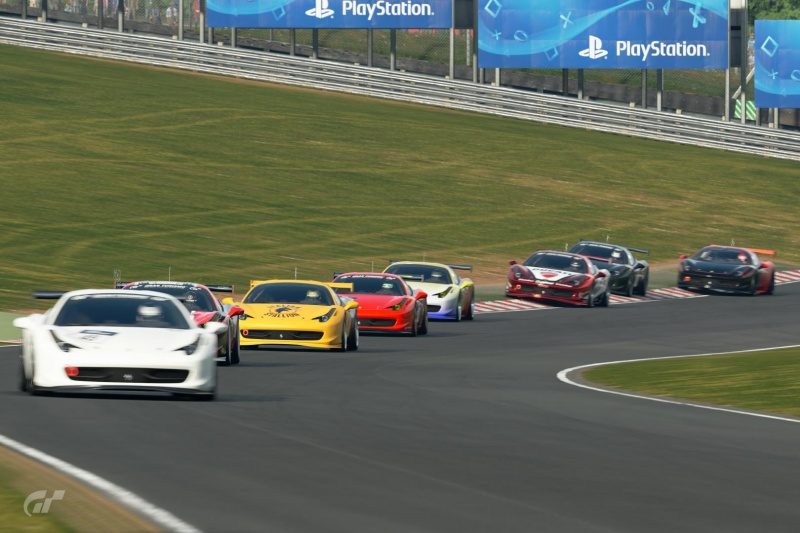 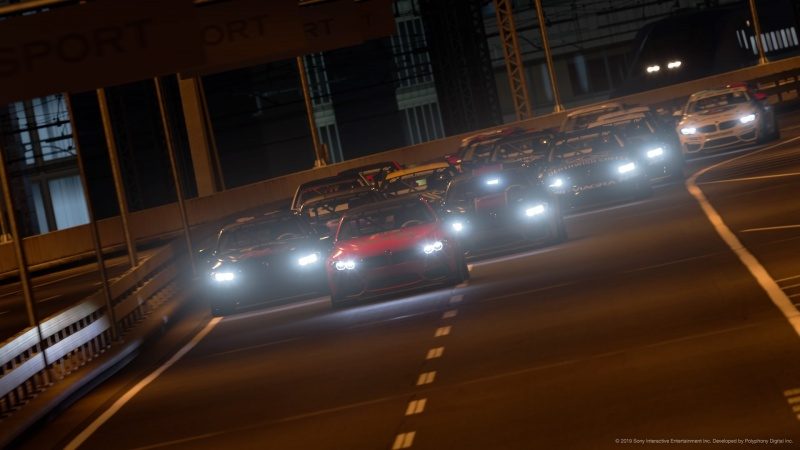 Awesome. I'm in! What day and time is this series running?
Also, when does it start?

Time has been updated in the thread good catch 9 PM central. Dont have a day set up yet but ideally tuesdays would be the best day

I'll sign up. I don't know how often I will be able to make it, but I would love to participate when I can. I think Monday or Tuesday would be best for me. Also, might want to fix the title.

aceboy127
I'll sign up. I don't know how often I will be able to make it, but I would love to participate when I can. I think Monday or Tuesday would be best for me. Also, might want to fix the title.

Cool man no worries thanks for signing up

No problem man thank you for joining

Same as the german. Im in. Tuesdays would be good for me.

I'm in, and open to any day of the week

TTTtothetop
I'm in, and open to any day of the week
Click to expand...

Cool thanks for joining man


ARL is proud to announce the ARL Srint Cup. ARL is growing and a few drivers have said they would like to run more ARL events. We have decided to include a GR.4 Sprint Series. This series was brought up by current ARL GR.3 series drivers. We are happy to expand ARL and hope you guys/girls enjoy this series. The though process behind this series is for drivers to learn, get faster, and gain experience while at the same time having fun racing clean and competitive.

· 1 qualifying session to determine first race 10 min shootout for fastest lap
· after the first race the remaining 3 will be reverse grid based on previous race
· RH tires only
· Stay on track once qualifying is done so your time stays valid. If you re-enter the pits it will start you in the back of the field.

WINNER
· Winner of the night will get to choose the next track we race. Track must be submitted by _______ before 8:30 pm central
· Winner of the month will get to select next seasons GR.4 Car
· If we have repeat winners in night or month we will put it to a vote and let the winner select one vote for their prize. 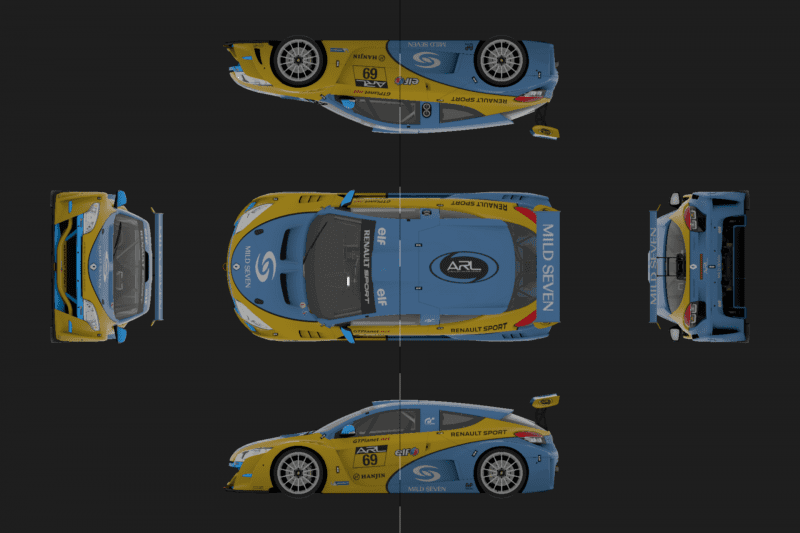 Nice livery man. Like you you got all sides of it in the pic very cool!

Very cool. How do you make that kind of picture?

Change the end of the link to 1.png

Hello! Thanks for tagging me. I would love to participate if it's on Tuesdays (I work Monday nights)

Infineon
Hello! Thanks for tagging me. I would love to participate if it's on Tuesdays (I work Monday nights)

@Infineon, thank you for signing up. Day of event announcement will be coming soon.

I would love to race but Tuesday’s is the snail endurance league that I’m committed to.

Thanks for signing up @Infineon welcome.... @Neutty fully understandable man

The scoresheet and data tables are ready for Tuesday nights season 1 Kickoff of the ARL GR4 Sprint Series! Sign up today!

i will be late, but can run any races that you didn't start if it isnt a problem

Not a problem at all man

So I see everyone has voted Tuesday as race night for your ARL GR.4 SPRINT CUP and I would be interested in joining too if there is room. If not I will be happy being a Stand-in when needed until a spot opens up.

Me and @Infineon both work at the same place on the same shift and Tuesday's work out great for us.

Anyway let me know if there is room.
Rinsky #70