Rob Brown
@VFOURMAX1 @PRO_TOO when you combine the Podium button module endurance with the V2 clubsport hub, the PBME is sufficient for all menu access and game functionality. Unfortunately, PS doesn’t take advantage of the LED readout to the extent for which it was designed. Used with PS, it goes into legacy mode and only shows speed (and flashes gear number momentarily after gear shift). Hope this brings something new to the conversation.
Click to expand...

i dont want to disassemble my F1 Podium wheel but maybe i'm better of that way. just taking the F1 rim off (the one with the blue grips) and install another rim to the Podium QR plus APM (d-shape GT or GT3). that would be much cheaper. but i'm not sure if i want to tinker with those valueable wheels and mix and match parts of it... hm!

but as i'm not a pro by now and dont switch wheels that often (never probably) maybe thats the way to go. the F1 Podioum would lay around for nothing if i'm satisfied with a good GT3 or GT Alcantara wheel. and thats a lot of euros laying around.

another option would be just selling the complete F1 Podium (its like new) for around 500 euro and take that money to get the Porsche 911 GT3 R (while spending 150 euro extra on that).

i'm really not sure and would appriciate some input and thoughts from you guys again! 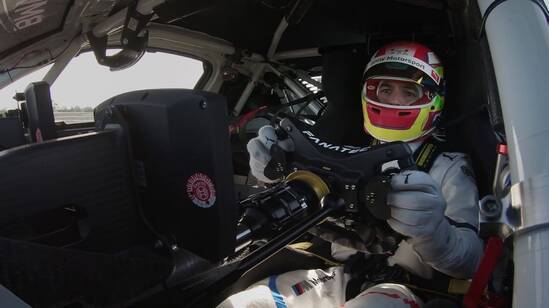 Still zero info from Fanatec on it. Want very high.

Bump.
Still no word on this.