We’re kicking off the new year with a new update for Forza Motorsport 7, arriving today for both Xbox One and Windows 10.

This update includes a number of improvements to the game (for the full list, see our most recent Release Notes on the Forza Forums).

The seven cars in the pack feature a mix of historic and modern racing as well as technical innovation that has defined the automotive industry.
Click to expand... 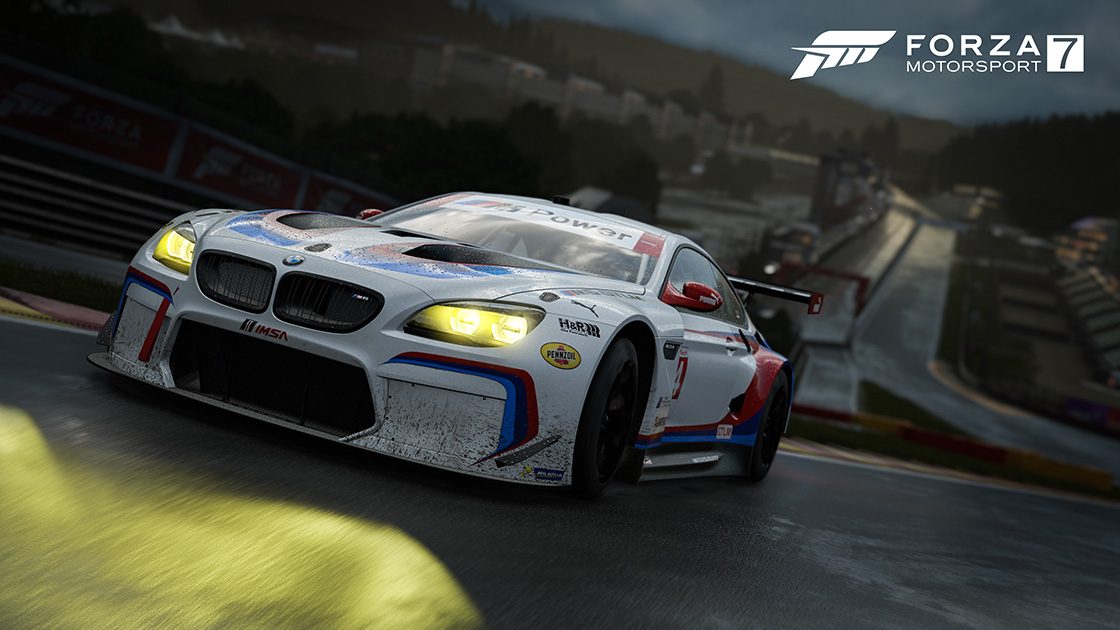 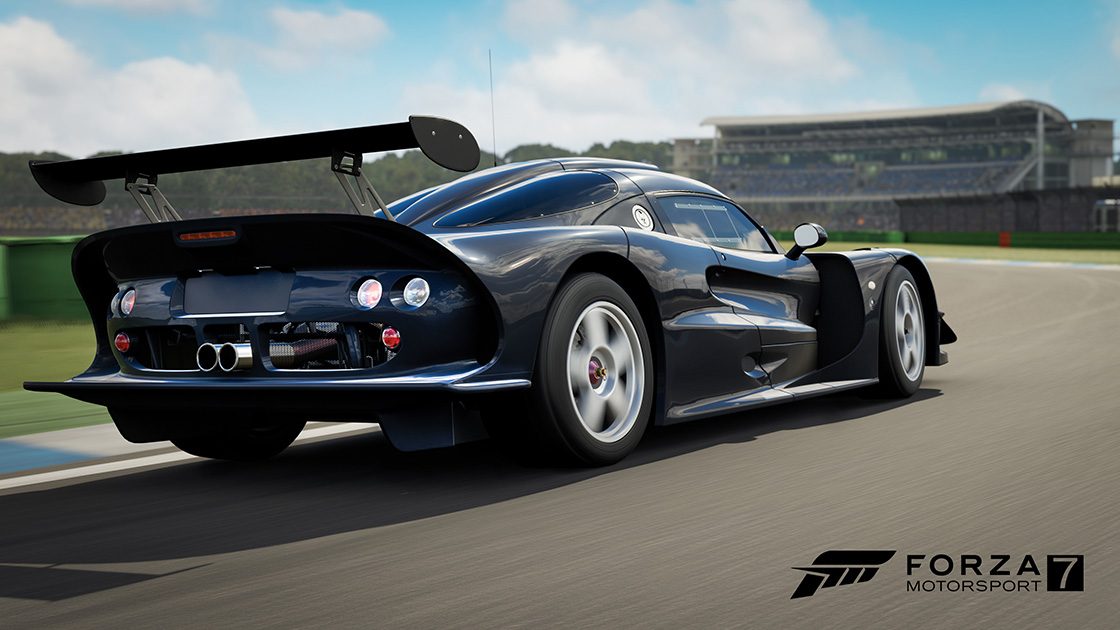 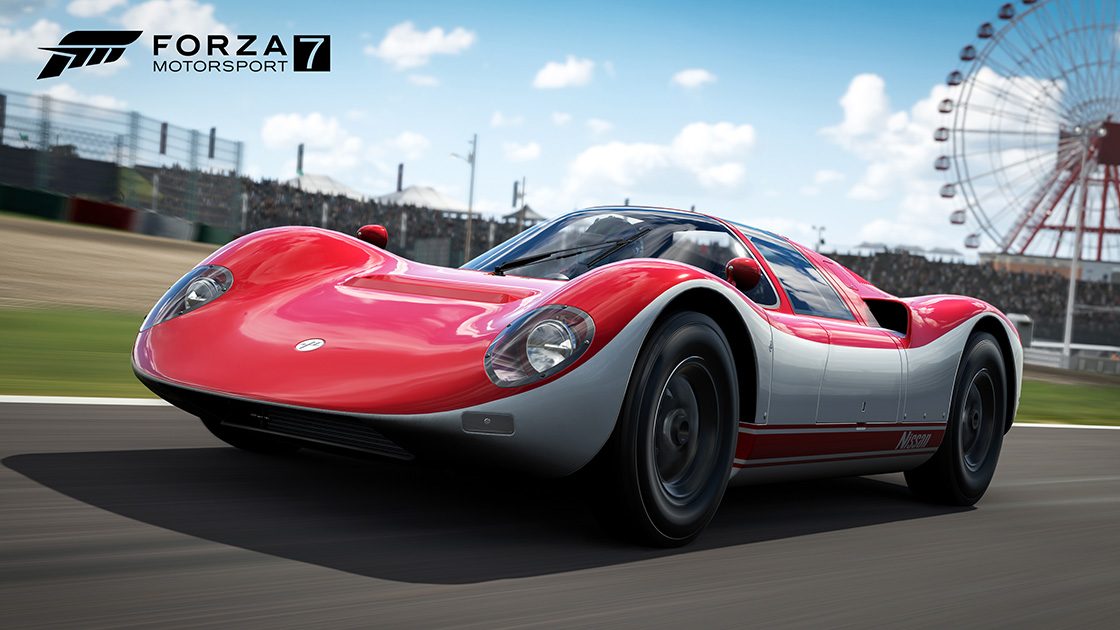 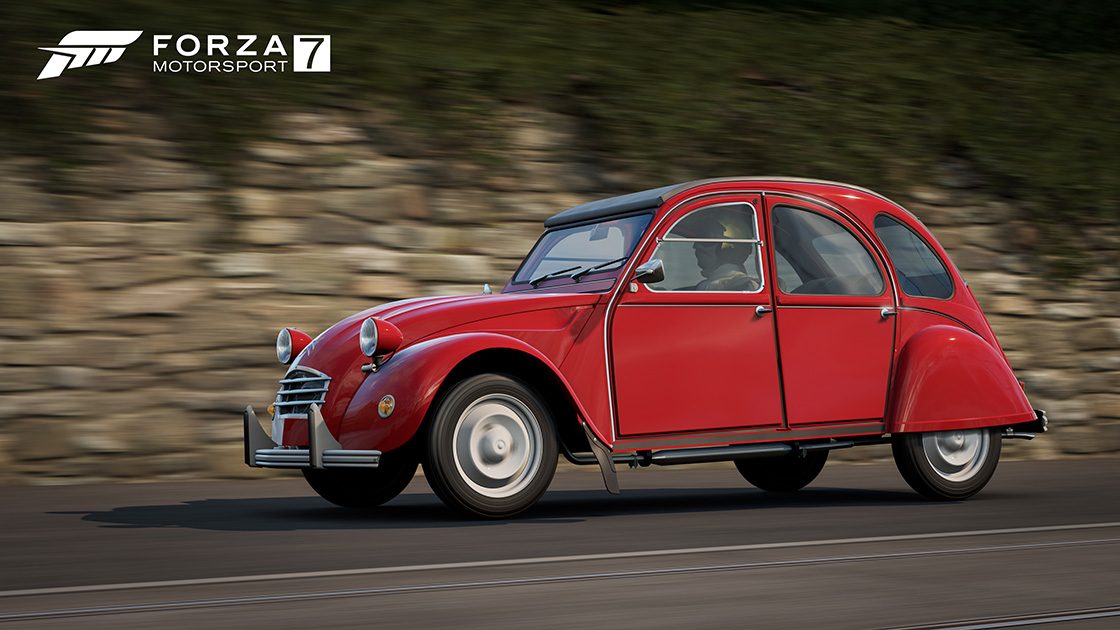 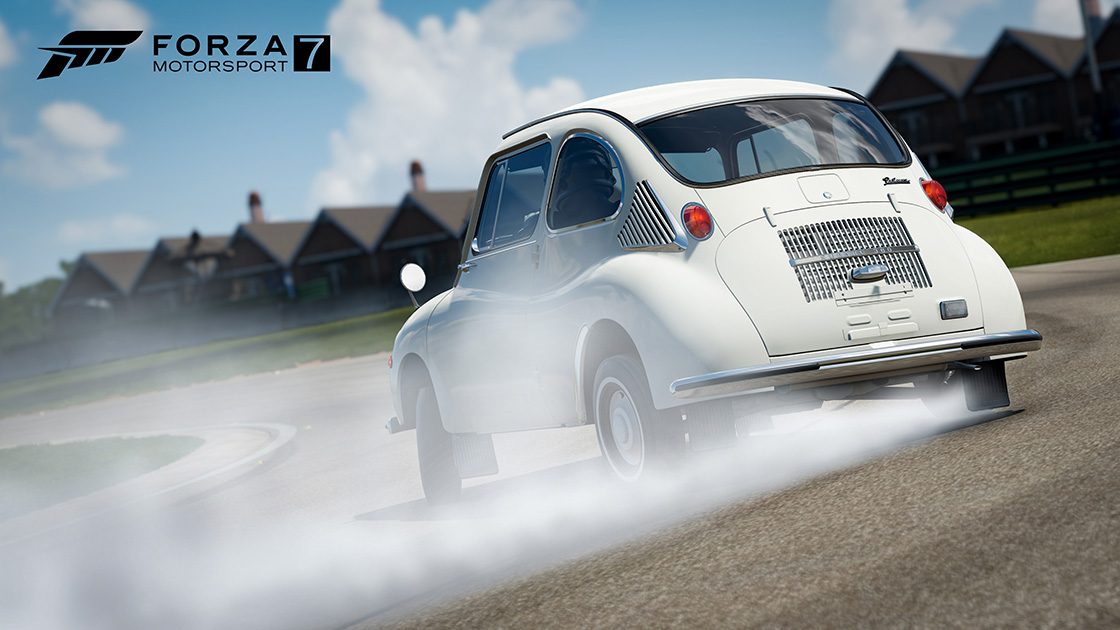 Today's update for Forza Motorsport 7 includes the cars of the free Hyundai Car Pack and the Totino's Car Pack. In addition, this update includes fixes and improvements throughout the game, including the following:

MULTIPLAYER
- Fixed an issue where, in a game of Tag, a player would see the notification “You are it!” despite not actually being “It.”

AUDIO
- Fixed an issue where some players would lose audio in the Main Menu after disconnecting from a public multiplayer race.

CARS
- Fixed a bug where the Ferrari 599 GTO would not change engine sounds after installing the Twin Turbo aspiration upgrade.

SPLIT SCREEN
- Rewards sequence now players for both Player 1 and Player 2 in Splitscreen.
- Fixed an issue whether neither player in Splitscreen could access the #Forzathon menu.

FREE PLAY
- When setting up “Number of Laps” or “Time”-based End Condition, players will now automatically default to intuitive “Scoring Type” and “Bigger is Better” settings.
- Fixed an issue where the 1962 Porsche 804 would not race against any other 804 models in Free Play.

#FORZATHON
- Fixed an issue where players could use rewind to quickly to gain multiple completed laps on certain #Forzathon events.

LEAGUES
- Players can now cancel matchmaking after moving into a new band by pressing the B button.
- Fixed an issue where some players would see hitching in Leagues over multiple consecutive races. 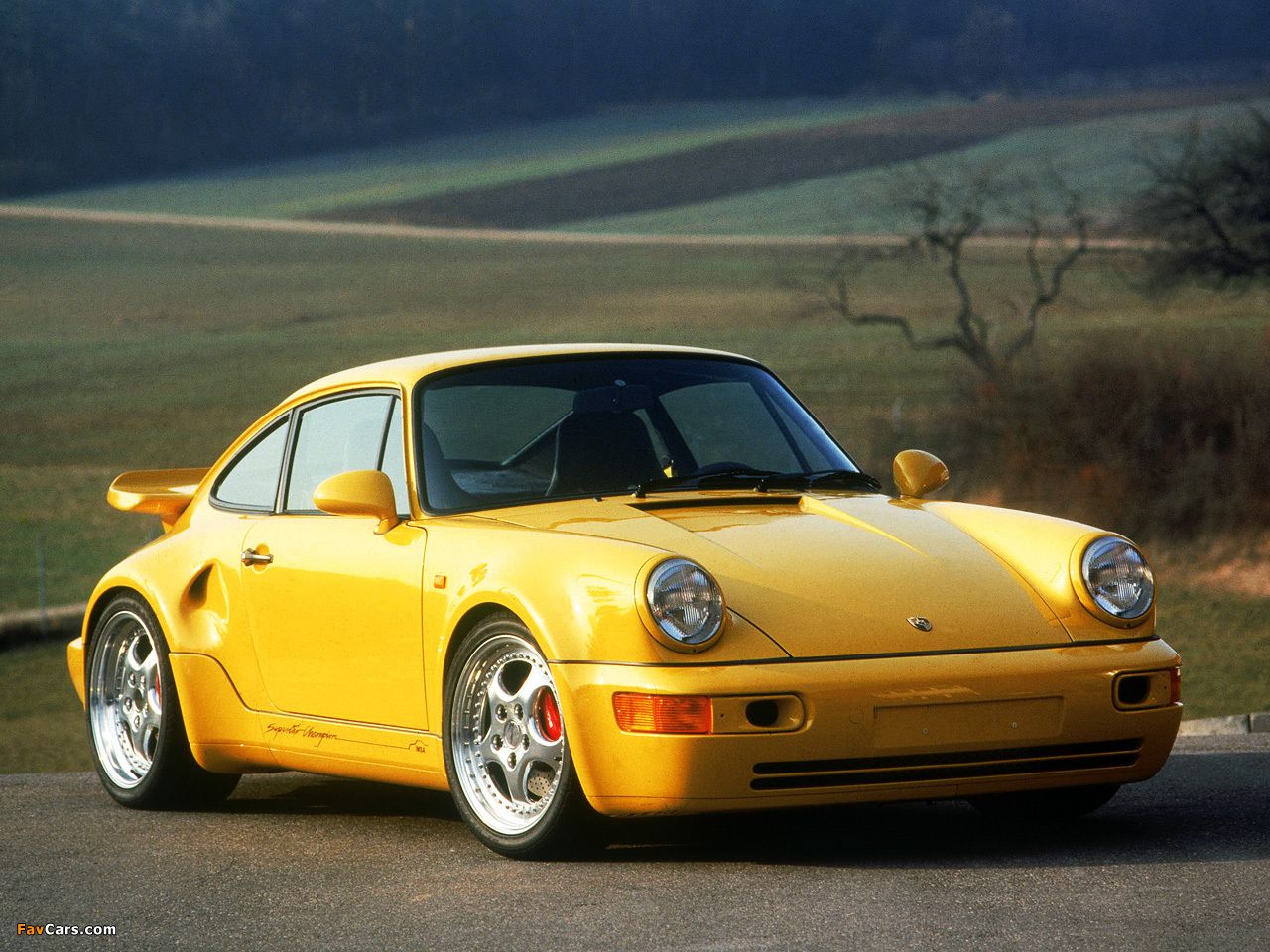 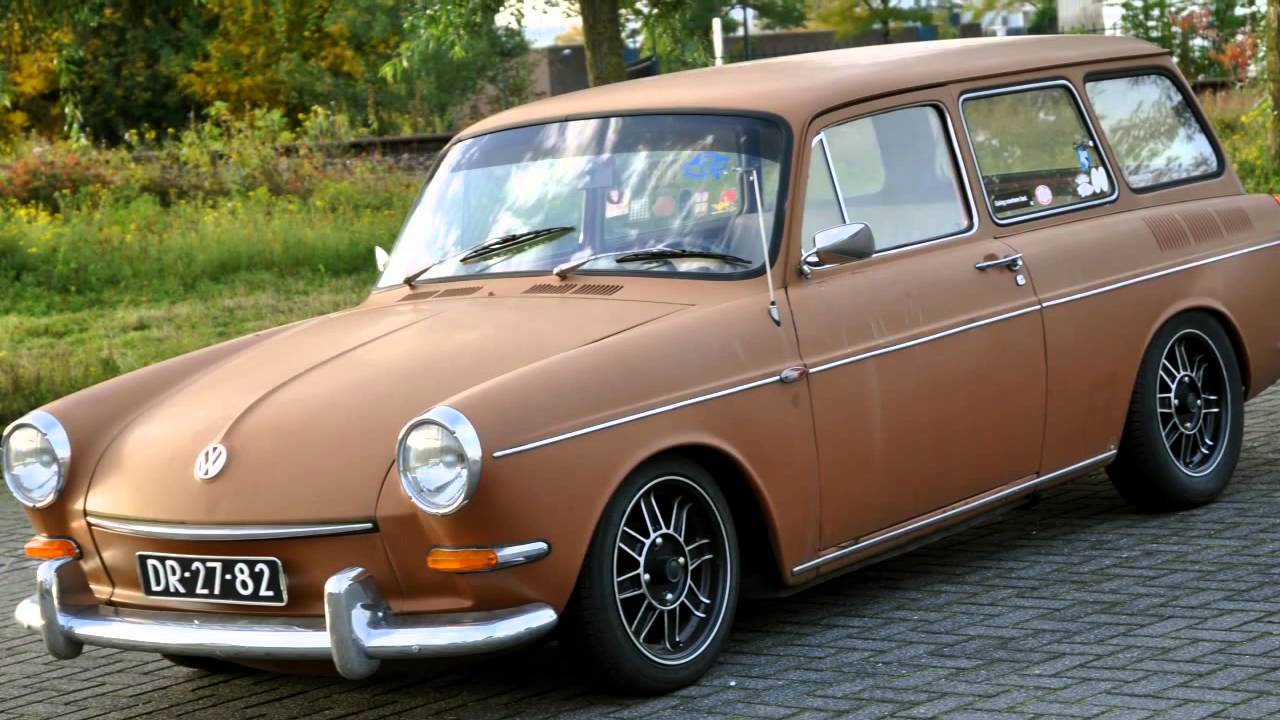 Just when I think T10 can’t get any dumber, they do something like this... aaaand completely redeem themselves!

👍 Finally, been waiting for the Elise GT1 '97 for a long time now. Gonna have a lot of fun with this car pack.

That Nissan looks interesting, I hope it's in the same Division (and is as competitive as) the Alfa Romeo 33.
N

Now this is a great car pack!

I'm not amused how a sizeable portion of the player base (mostly referring to official forum) consider it problematic that there's only one recent car in the pack. I perfectly understand that many people want to see cars like the 720 S, 812 Superfast and Chiron, but it doesn't take a PhD to realize that older classics fill out more important gaps because their inclusion cannot be taken for granted. Brace yourselves for the YouTube comments later on.

Still holding my breath on the 964 not being the flat-nose version. But if it isn't, then damn am I happy to finally see a 964 in the game. While I would prefer the Carrera RS in some form, the Turbo S is basically a turbo version of the RS anyways. Wondering how they modeled the interior, maybe based on the museum car with the Speed Yellow steering wheel and painted sport seats. Ohh do you think it has the "Supercar Champion" script on the sides?

Calm down. Just wait and see. It's not just about the 911, the other cars are great of course!

One of the best packs ever!

It's also good to see Citroën return as a manufacturer. That long-term potential of this excites me much more than the 2CV on its own. It wasn't looking very promising when the DS3 disappeared after FM5.


SPhilli911
Ohh do you think it has the "Supercar Champion" script on the sides?
Click to expand...

I was wondering this too. I'm probably going to paint it over if it has, as I find it kind of cheesy compared to the average Porsche decal.

This pack prooved my decision to not get the car season pass right (again).
From all the car packs we had since the game got released i only really wanted the Alfa Romeo Giulia which i just purchased for 2,99. I am just not a fan of older cars or racing cars. I prefer modern day sportscars, supercars or hypercars. Happy for those who liked the car packs until now. Not mad at Turn10. Sure there are people out there who are really excited for some of the cars.

Welp, I like it when I'm wrong sometimes. Thought it was gonna be terrible like last month. Good stuff Turn 10!

Nielsen
I was wondering this too. I'm probably going to paint it over if it has, as I find it kind of cheesy compared to the average Porsche decal.
Click to expand...

It is cheesy, yeah. It wasn't included on all 86 of the Leichtbau (in fact, I've only seen a few of them with the decals) Turbos, but the Porsche museum car has them, so I wonder if the game included it for authenticity if Turn 10 really did use the museum car for modeling. Should be easy to paint over anyways like you said.

On the real cars, the seat backs were painted to match the exterior color, but just like the 993 GT2 in the game, I bet the sport seats will be gray or balck so players can paint the car any color rather than making the seat color match exterior color. Shame too, I like the color matched seats.

Hoping the 2CV and Subaru 360 are in the Major Micros division!

Well, for me, only two cars of worth in this pack: the BMW M6 and the Lotus Elise GT1. The rest I could do without.
T

This is one hell of a pack.

Glad to see the 2CV confirmed from the audio file "leaks", wonder if anything new will drop in the update's files...

WOW.
Can almost forgive them for all the other nonsense so far, absolutely LOVE the Elise GT1.

And I’m iced in and work and school are cancelled, best day ever. This year.

BoneSawTX
And I’m iced in and work and school are cancelled, best day ever. This year.
Click to expand...

While I am disappointed there's no new SUV or truck to screw around with, I do like the addition of the 2CV. With an engine swap, it should be fairly comical to drive around. Hopefully they modeled the dreadful suspension accurately.

The 360 should be pretty fun too. Assuming I can drop in an STI engine and make it AWD, it'll be another fun car to slide around.

Better pack than last month. Looking forward to taking the 964 for a blast. The 2CV and 360 should make good comedy races.

My reaction to the list, as well as a pre-emptive response to the outrage from the usual suspects about the 2CV and 360, and the lack of whatever supercar du jour:

This is a badass car pack! At least T10 still has that spirit of adding variety into their games, even the latest one.

Although there is going to be complaints about there not being a new hypercar, it's hard to not like this pack.

So many cars in this pack I'm in love with, especially old favorites like the Subaru 360, Elise GT1, and 2CV which were in the old Gran Turismos. Just seeing them I feel nostalgic, how bout, you guys?
T

While I don't own FM7 at the moment, I decided to check out the list anyways. 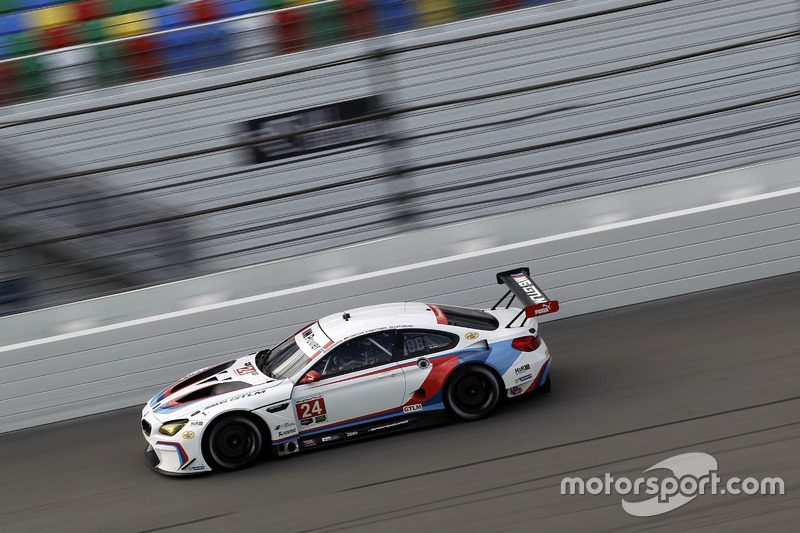 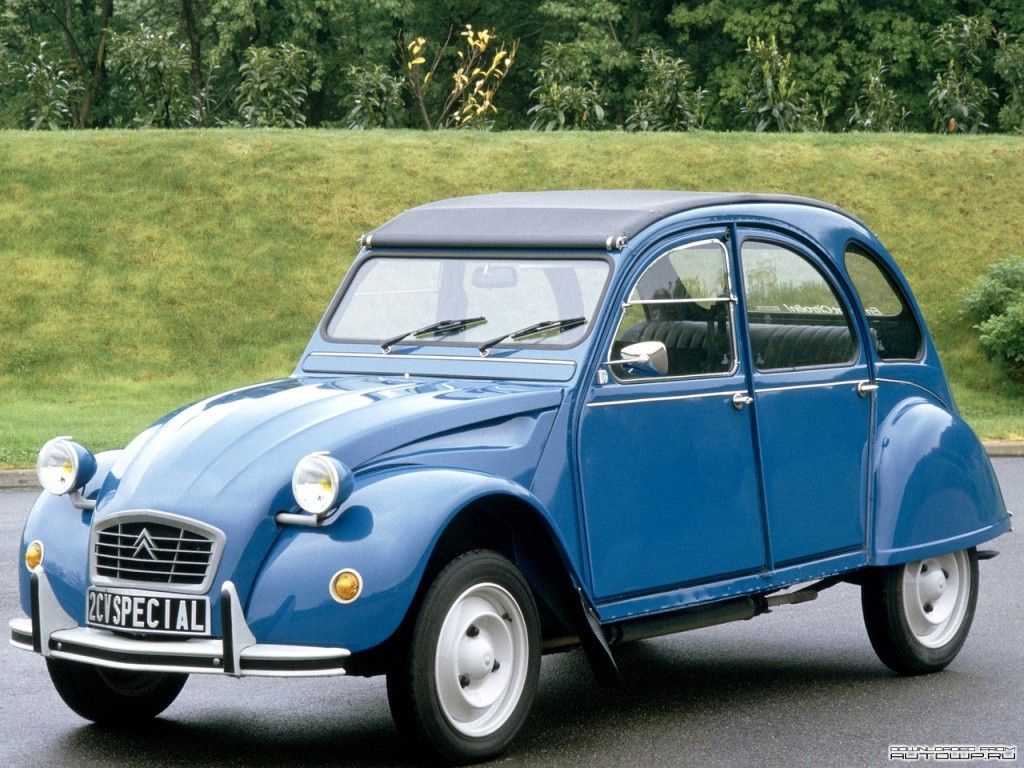 A silly vehicle to mess with 15 minutes before going back to the usual cars. 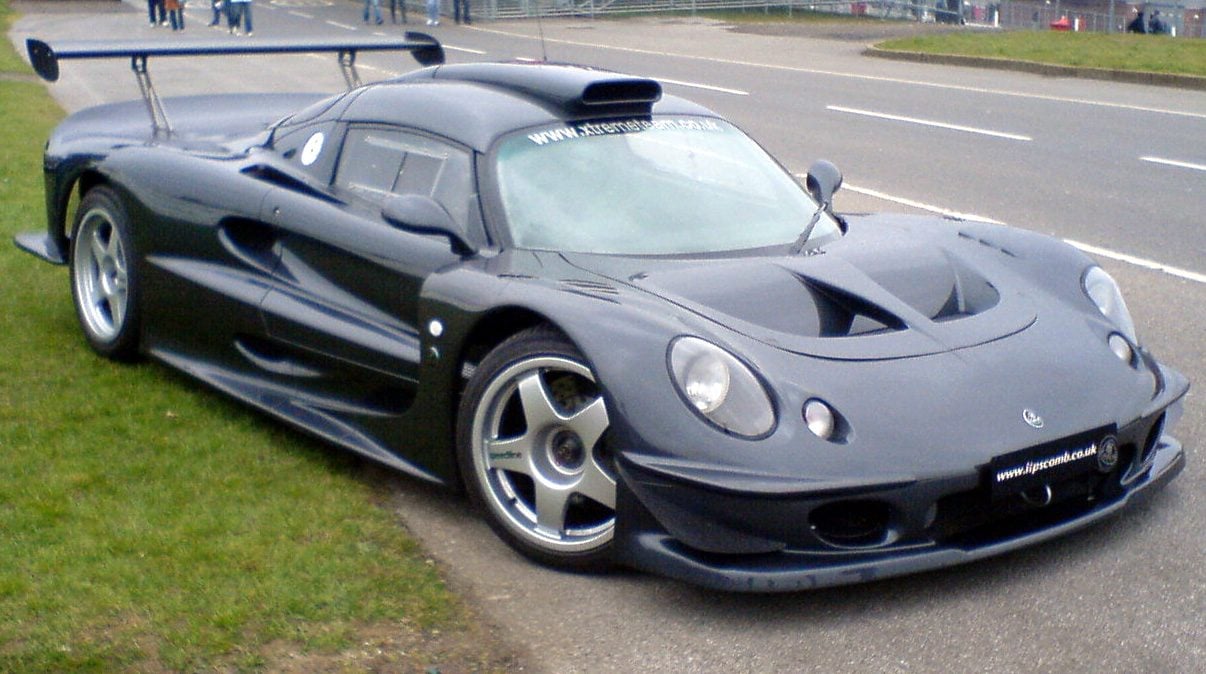 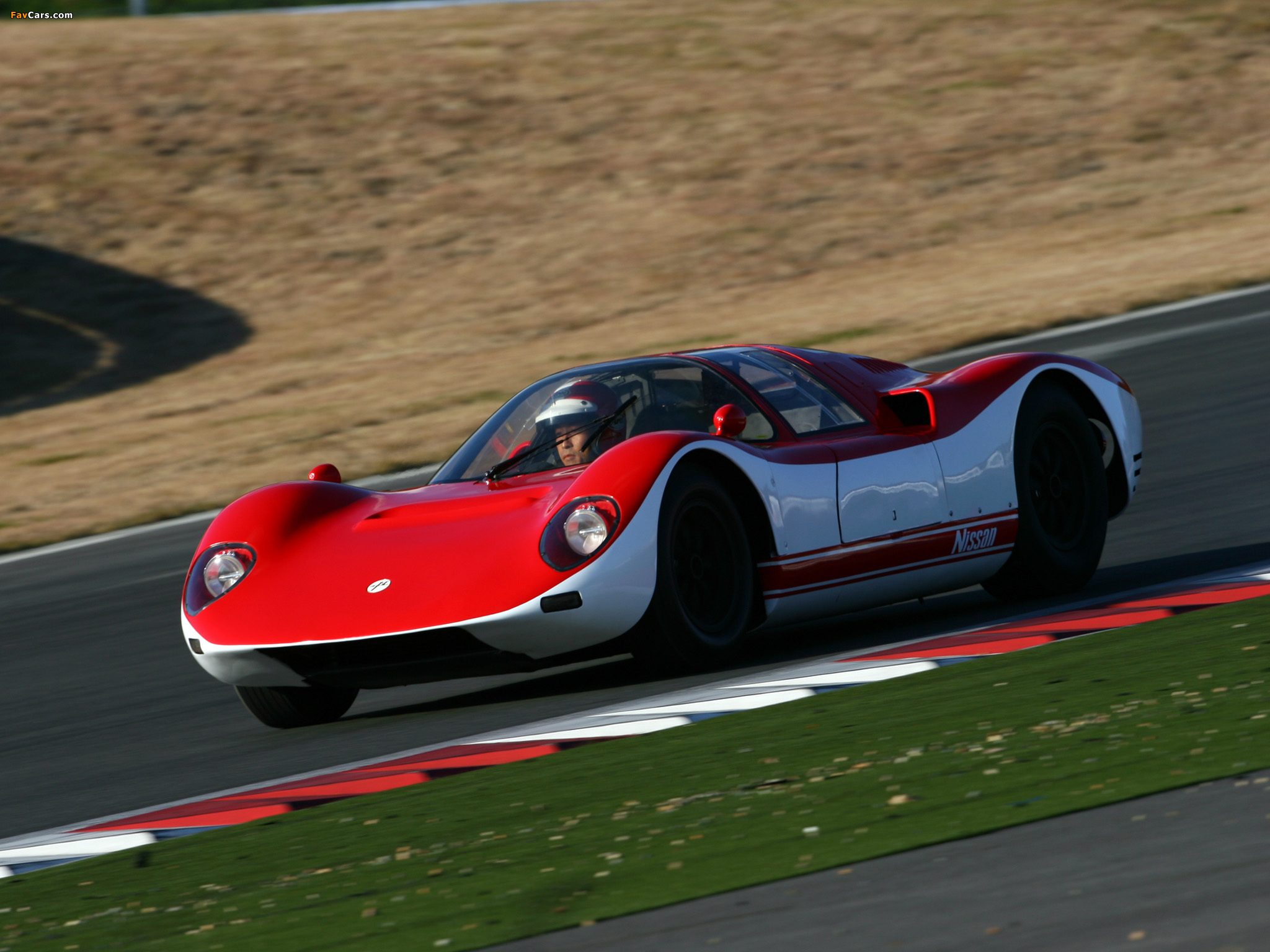 I don't think I even heard of it before. Nice addition but I will probably ignore it tbh.

My 2nd favourite so far. 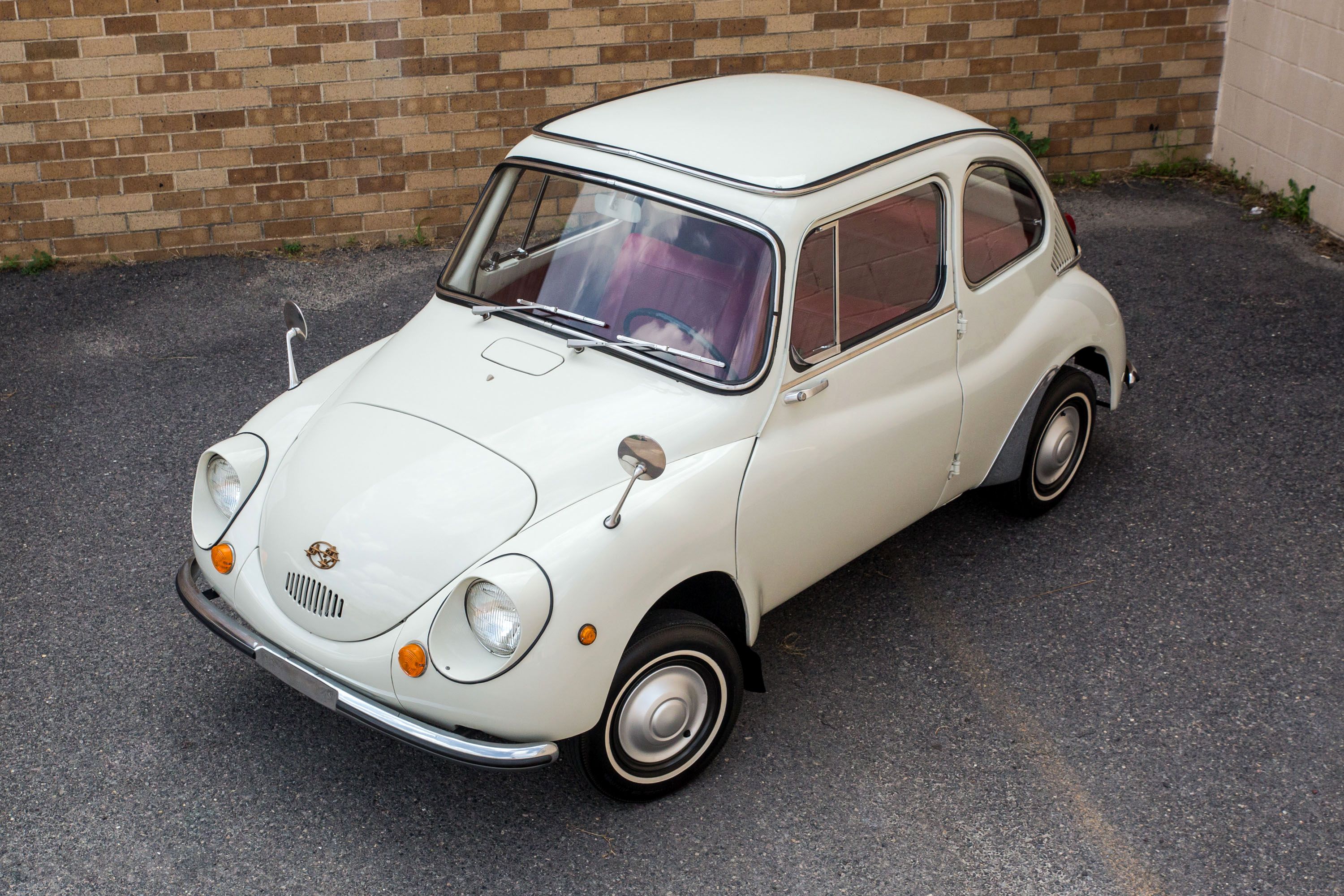 More "silly" vehicles for YouTubers to mess with and upload videos of it.


-----
Why I don't feel that excited for? Is it due to the massive size of car lists? Maybe it's the Season pass price that would eat my wallet like with FH3 (I payed $100 for a video game, jeez).

I mean if these appeared in GT sport (excluding that M6 which we already have) then I would get hyped but I don't feel the same thing for Forza. I dunno, I barely touch my Xbox anyways now that I ran out of Gold subscription.

Probably the best pack so far.

Nielsen
I'm not amused how a sizeable portion of the player base (mostly referring to official forum) consider it problematic that there's only one recent car in the pack. I perfectly understand that many people want to see cars like the 720 S, 812 Superfast and Chiron, but it doesn't take a PhD to realize that older classics fill out more important gaps because their inclusion cannot be taken for granted. Brace yourselves for the YouTube comments later on.
Click to expand...

Turn 10 could release a pack of nothing but undrivable X-class hypercars and Dallara-based prototypes and the people on the official forums will still whine that they didn't want those undrivable X-class hypercars and Dallara-based prototypes, why don't you ever listen to us?????? All it really does is prove the first rule of fandoms: They don't actually know what they want, they just don't want what they're being given.

That said, I do hope that the Subaru, Citroen and VW don't end up getting chucked into the Forza Specials division. It kinda defeats the purpose of including cars like that if they're just going to end up in the "kitchen sink" category instead of being placed with similar cars.
Share:
Reddit Pinterest Tumblr WhatsApp Email Share Link