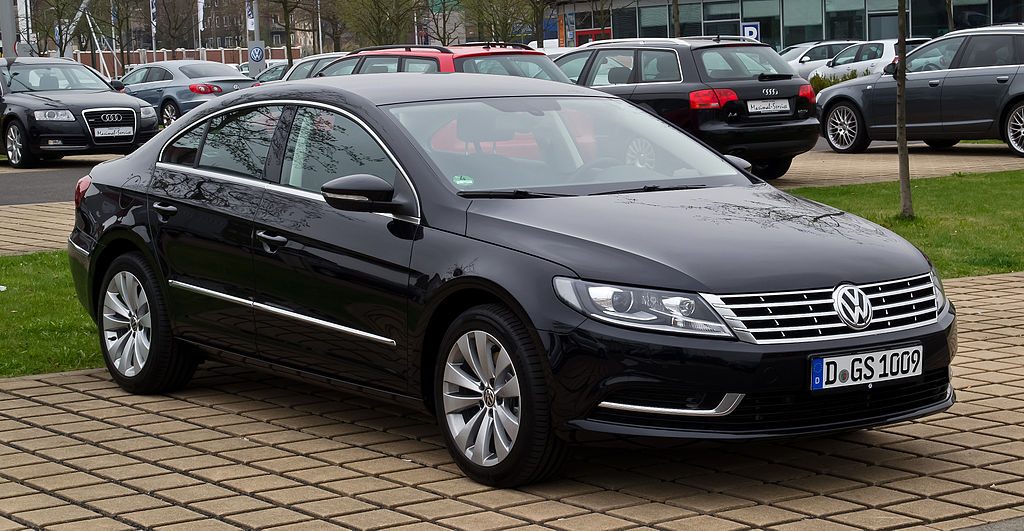 The "Passat CC" name was discontinued after 2012 and "CC" seems to be the main name anyway.

Also, sorry GTP, I haven't become all modern and sophisticated like you yet. I just couldn't find any displacement information more precise than liters.

A Passat in a party dress. I give it Cool.

Pick up the pace, let’s go!

They're all DOHC, no need for a question mark. I can't imagine any modern sedan coming out with an SOHC anyhow

Uncool. I can't think of a single thing interesting about it.

It might be better looking than the standard Passat, but it's still a Passat. Uncool.

The rare time I see these always renders me surprised at how attractively elegant they are for a VW. That said, I usually see them at a distance. Given it's not the domain of dudebros, douchebags, the pretentious and all in between, and potentially offering a lot of value whilst not becoming completely Toyota or Skoda-beige, I would consider it cool.

Meh. The best looking car in an uncool segment.

I'd actually quite like to own one, albeit probably one of the pre-facelift ones when it had a bit of character.

However, does get bonus points for not being a regular Passat. And a few more for being one of the few cars that tedious VAG people don't endlessly drone on about. Which in turn is why it's one I'd quite like to own.

A car you buy to look cool.

I really like this car. It's a really nice Passat. And I like the Passat as well, so this one's a cool.

I like it to some extent, it's the best looking car in it's segment, great economy, comfortable etc but it's too bland. Now if there was a 3.2L V6 engine option it would be a different story.

This is one of the good looking business man company cars. Also it's one of the very few VWs that escapes the odor of the 'slammed, stance, stretch, bro' crowd.

And having driven one, it's a very nice car to be behind the wheel of. Cool.

UrieHusky
They're all DOHC, no need for a question mark. I can't imagine any modern sedan coming out with an SOHC anyhow

Honda V6s are all SOHC, as are most of their lower trim level 4s.

Looks save it from SU, but damn these things are pricy. I can think of plenty of other sedans I would rather buy for ~$40k+.

It has my initials so it's cool. Otherwise I'd rather have an Audi A4 for the money.

This is the reason why most of the Passat's around here are now considerably less mundane.

It's a shame the dulled it down for the 2012 facelift, but the business reps can have that. Pre-facelift models were always cool.

As for the car? It's uncool.

Meh. Nicer than a lot of other sedans.

A solid, midsized... meh. Nicer than a lot of sedans, but just doesn't twig me either way.

Moglet
Uncool. I can't think of a single thing interesting about it.

Plus, buying a VW is sooooooooo predictable that it's "Meh". And being "Meh" is uncool.

PS: @White & Nerdy Kudos for making two threads today 👍. It would be fun if you were able to do such a thing more often.

Good looking car, solidly built, decent inside, OK to drive, but not the mega bargains they were a couple of years back when you could lease a top of the range CC for similar money to a mid range Mondeo.

But no car in this class is cool.

Not a bad car at all.

Yay, another boring commuter car meant to take you from point a to point be with absolutely nothing interesting about it. Uncool.

I SU'd it. It's not an awful car, but it's not particularly great at anything. I wouldn't mind owning it.

Cool, I've always liked the look of these, I didn't even read the OP and know pretty much nothing about them...just thought they'd look good in my driveway. Pretty shallow I am

Uncool because "four-door coupes" are overrated.

You know what "CC" stands for?

Cars built for comfort, unless they're 50's or 60's barges, are automatically uncool.

White & Nerdy
You know what "CC" stands for?
Click to expand...


White & Nerdy
Cars built for comfort, unless they're 50's or 60's or 70's barges, are automatically uncool.
Click to expand...