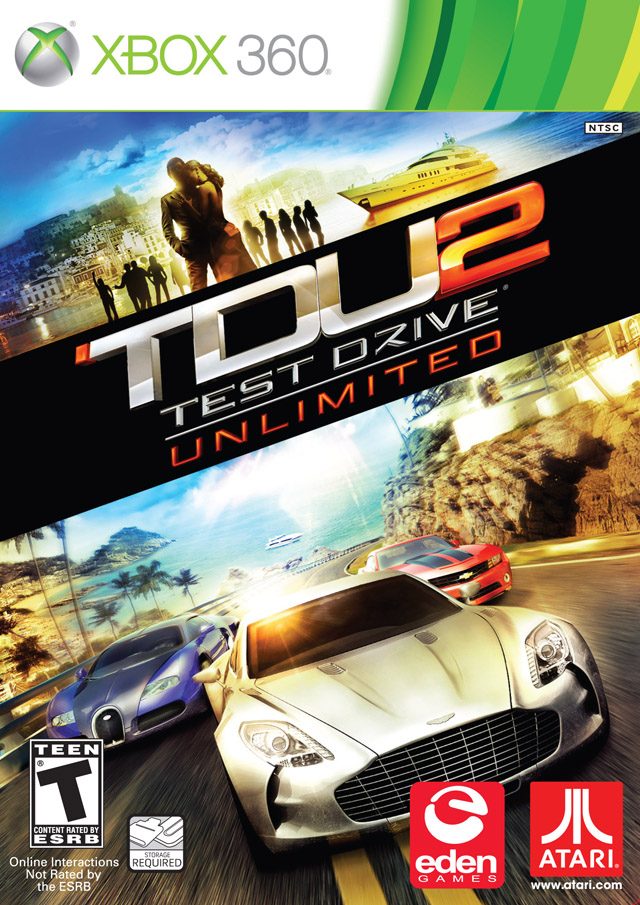 
Test Drive Unlimited 2 is the second game in the open-world based Unlimited series, and the tenth game in the Test Drive series overall. While still having the ability to own houses and customize the look of your character, the game features several new features, such as visual vehicle damage, a weather system, a day / night cycle, and a new "wreck" mini-game which requires the player to drive around the island and find wrecked cars. If the player finds all the wrecks of a certain car, they will be rewarded with that car. A new island was introduced in TDU2, which was the Spanish island of Ibiza, however the Hawaii island from the first game also returned.

However, TDU2 received mixed reception, being praised for its open world, but was criticized for glitches and the car handling. As of December 2016, TDU2 only sold 1.8 million copies worldwide. 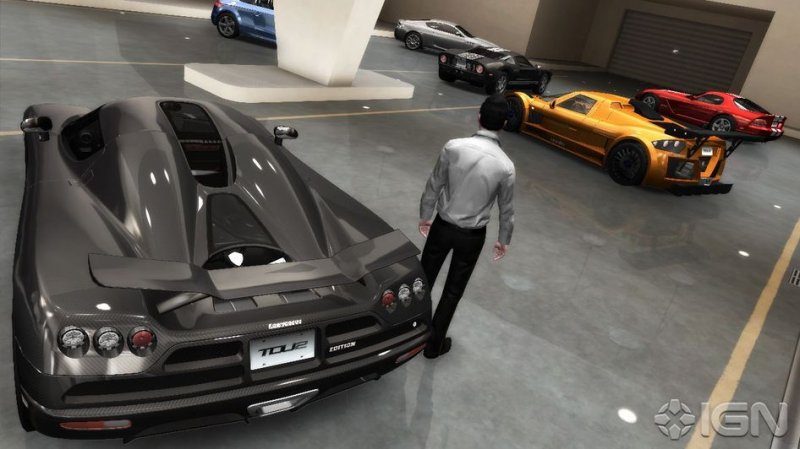 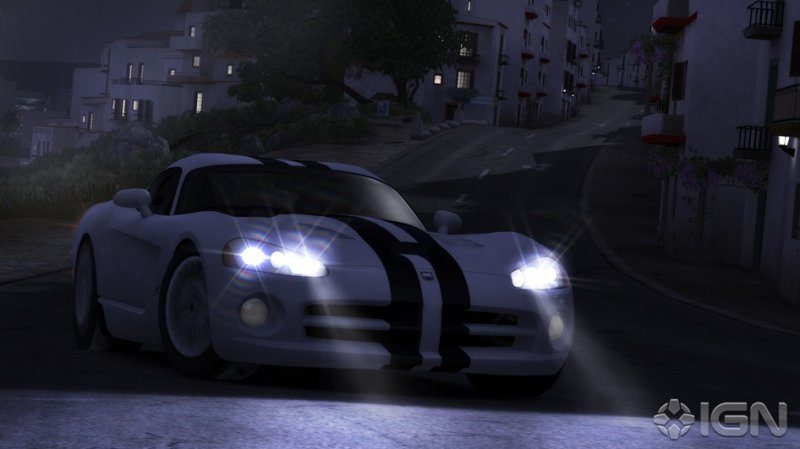 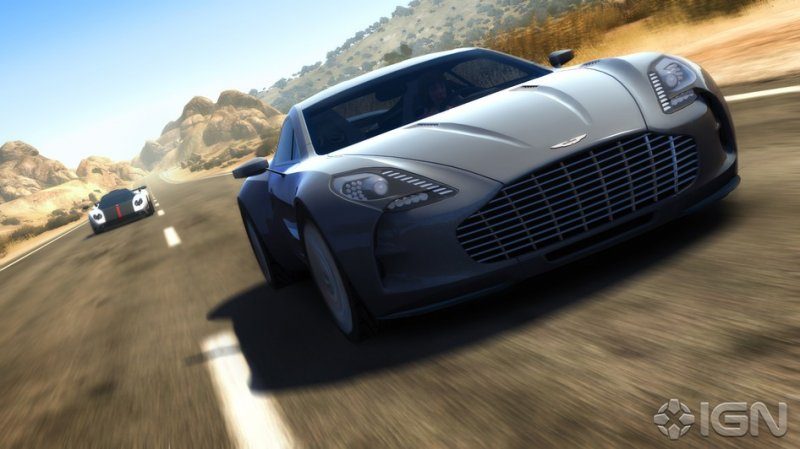 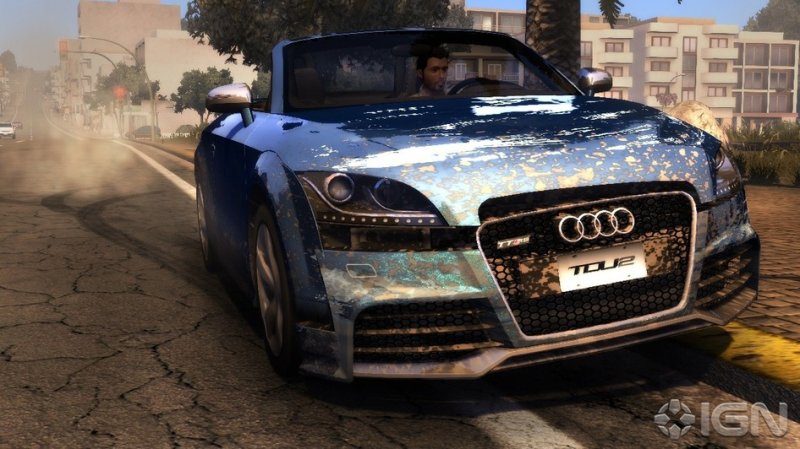 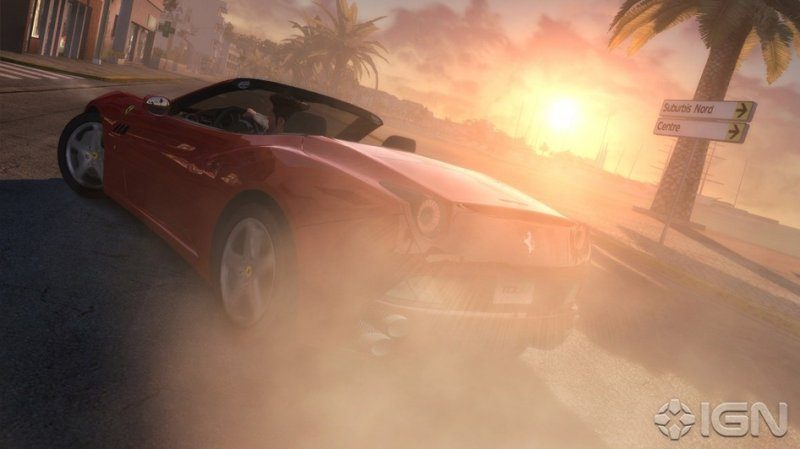 The open world feel and sheer map sizes bring it up to a B, however the physics and cheesy storyline bring it down to C for me.
U

Possibly one of the worst driving games I've played. Cringy story and horrible physics. Only saving grace is the huge maps for exploration.

Test Drive Unlimited is an easy A.

The Test Drive Unlimited 2, on the other hand... I'm not sure how I feel about this one.

Wasn't near as good as the first and the physics were just bad.

Lot of musings from me on this one. Here's my detailed thoughts on this game...

Test Drive Unlimited 2 was a wonderful game, but a number of things kept it from being an all-time classic to me. I played it on the PlayStation 3. The one thing I can attest from TDU2 was that I had gotten to meet many people in my PSN Network than with any other game or service. I also found it repetitive that it seemed like if you didn't have a Bugatti Veyron, you weren't one of the "cool kids" in the game. I was still proud rocking my Koenigsegg even though I did have my own Veyron (nicknamed "Red Devil"). I felt for the inclusion of Ibiza, I think something more along the lines of Ibiza's popular electronic dance music (EDM) nightclub scene would have made the game a bit more appealing. Also, I even once set up a time trial for you to drive from Ibiza Pacha to Ibiza Space. Buying houses was just as interesting in TDU2. My favorite is the four-star house around a waterfall about northeast of downtown Honolulu. I got the Ibiza yacht besides the Hawaii one because the Ibiza yacht was cheaper to buy. I also find the game to look very lovely. The clothing options were laughable.

Car customization was very cool in TDU2. I had a few pretty nice machines I made designs for. While not every car had all the customization options, it was still very nice to customize my rides. The one thing I love about Test Drive Unlimited- in all honesty- is how detailed the cars are and in picking different car options are. A lot of car games let you select colors. Not many others, though, let you choose interior and wheel options. Even the most boring showrooms are still an absolute joy to go to. Certain options even cost a bit more in TDU2. Also of interest were finding the Wrecks in Ibiza and Oahu (Hawaii/Hawai'i). However, I wished the details weren't as vague in defining where some of the Wrecks were. Later with TDU2, motorcycles were introduced. I love Ducati, so I was pleased going two-wheels with a Ducati Desmosedici RR (one of my personal favorite motorcycles).

The AI and physics models were laughable. I even found it strange how just because the race starts up, it doesn't start automatically. You may have to wait a millisecond or two before you can actually launch off of the line. This is a game where I was scared to go over hills jumping. The car could possibly land funny to disrupt your speed. And it isn't like Test Drive Unlimited 2 is any kind of hardcore simulation, because this game is purely arcade. And then of course... there's the Solar Crown. The game is much more fun when the servers were active; but take away the server deals, and you're left with this uninspired, very boring Solar Crown championship. It goes to show you that you don't rely on multiplayer to make a game interesting. Once the servers get shut down, you have to offer something as interesting for when you go to offline play. TDU2 has not too much to offer outside of non-multiplayer features.


Test Drive Unlimited 2 is a great game that could have been much better. I want to say this game is middle-of-the-road, but some of its negatives bring it down further for me. This is tough what I'm about to do, but I'm going to rate this game a "D." If anything, you can call it a "high D" for me. I can't keep my opinion at a "C" for this game because of the different negatives that bring it down.

I had pre-ordered this game for PS3 back in the day because TDU1 was one of my most favourite games and I was really excited to see it with a bigger map, more cars and new stuff to do. Unfortunately driving games rise and fall with their driving physics and how the car handles inputs of the wheel/controller and TDU2 was one of the worst games I‘ve ever had regarding physics. I was so saddened by it and really didn‘t play a lot of it. And that‘s why I have to give this a D.

Lovely houses to buy, a much more interesting island in Ibiza to explore and yet all let down by shonky handling and absolutely stupid presentation.

So I guess we all agree TDU2 could have been a much better game, had its negatives not outweigh its positives. I still had fun especially lurking with certain sessions and trying to catch up with certain PSN folks. I was around chatting with folks and kind of seeing what cars people had. I do not have as much multiplayer experience, but I also liked how Clubs had some unique cars you could own once a Club gets popular. I did compete in a few one-on-one races in TDU2 against other people.

I will say this about TDU2, though- the off-roading is very cool. You can enjoy on-and-off roading with the Subaru Impreza. This game even got me to appreciate the Audi Q7 V12 TDI Quattro and the Mercedes-Benz ML 63 AMG. If you got around to it, the Spyker Peking-to-Paris concept machine. I actually enjoyed off-roading more in Hawaii than I did in Ibiza. My favorite off-road machine from my playing time was that buggy Wreck.

A few other things about TDU2... I found the Cosmetic Surgery and the Car Wash to be laughable. One of the selling points of the TDU series was in having not only a great car culture, but also a great lifestyle culture. Owning homes is something I'm cool with. Having some fine clothes to wear is also good. With the Cosmetic Surgery, though, I didn't care much about it. And the Car Wash? I was thinking this was to repair my badly damaged cars, but I wasn't sold on that. On another end, you have to like women in fancy dresses and pumps who could not be scared going over 200 mph in a test drive by some bonkers driver. Ain't never scared.


Again- most of us are in agreement that this is a very good game weighed down severely by its negatives. A shame, really.

Even though it has a lot of flaws, I do have a soft spot for this game. B.