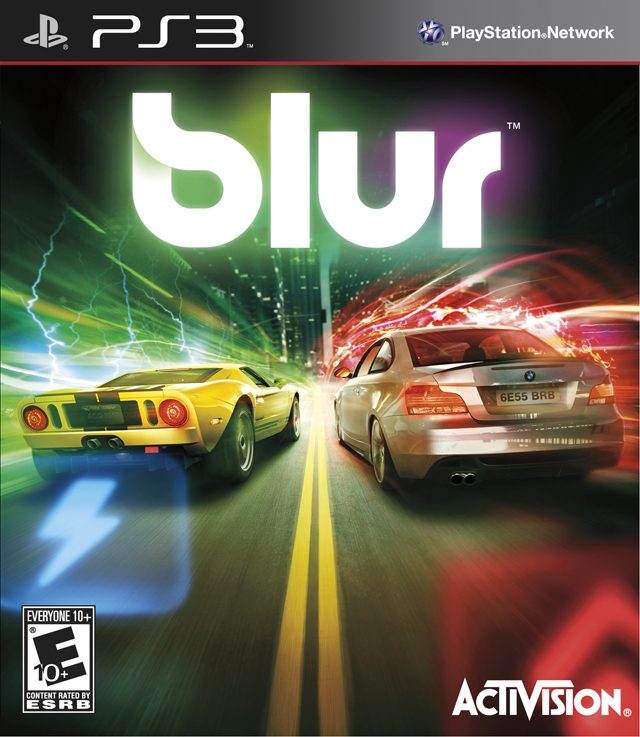 
Blur is an arcade racing game developed by Bizzare Creations and published by Activision. It features a vehicular combat method called "Powered-Up Racing", and features the use of several powerups such as a barge, shunt, and nitro powerup. Blur was generally well-received by critics, but panned due to repetitive races and the lack of customization. Sales of Blur were disappointing however, with it selling just over 31,000 copies in its first week, due to the conflicting releases of Split-Second and ModNation Racers. This was Bizzare's last ever racing game, as the studio was closed down in February 2011 by Activision.

It's hard to put into words just how sublime this game is. The style, the gameplay, the track design and the car roster all work together in beautiful harmony.

It's tragic this was cut short before it could be made into the franchise Bizzarre wanted but good lord, what a game.

Even if this game wasn't the best in the world, there were still some good things about it.

One thing I liked was the idea of racing with powerups, something that I think before was only seen in Mario Kart.

The career was okay, but the thing that kept bringing me back to this game was the online. Online races were so frantic, it just kept me addicted. And I remember there was a game mode called Last Man Standing IIRC where you were put in an arena and used the powerups to eliminate other players.

The car list was pretty good too. You had cars which rarely appeared in any game ever (such as the Land Rover LRX, the concept of the Range Rover Evoque) and other well-known cars also. IIRC I believe this game also had a class system, with higher classes having fictionally customized versions of cars.

I loved the track list too, there were some good ones in there. My personal favorites were set in a desert and on a beach. Barcelona and Tokyo follow close behind.

And the visuals looked very good too. I especially loved the effects, such as the distortion effect when you fired a powerup or were hit by one.

But a few downsides to this game mean I will be giving it a B.

This was a game that I picked up, and pretty much put back down to play something else. I do want to tackle this game someday, but nothing about it really grabbed me.

This gets a C.

I have never played blur, but I would love to. I always seen this game as Mario Kart with real cars. On fun factor alone, I am going to say this is a very cool game. I reserve my judgment until I finally somehow get to play it.

NoGoodNames
One thing I liked was the idea of racing with powerups, something that I think before was only seen in Mario Kart
Click to expand...

Rumble Racing on the PS2 also had power ups, and it was amazing fun to play. Just as much fun as Blur TBH. 👍