<< Another one that come to add the new scooby lap lol

This new lap really show's how fast and technical this road course is,
Second on the list for real world tracks, we're doing well. 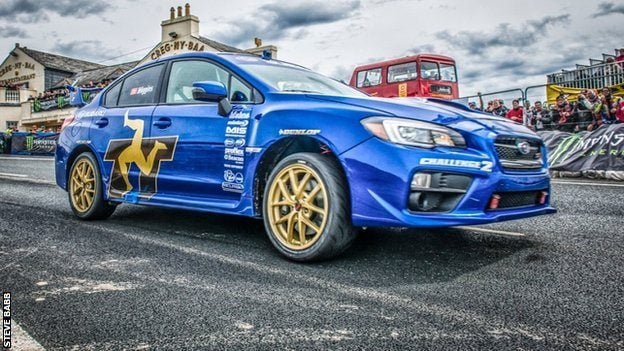 This would nice for the next game. Imagine 1 lap here in the slowest car.

I really hope someone at PD is taking notice. I'd be pretty disappointed if we didn't see this eventually in GT7!

Great course, this one should definitely been in the GT series.
Voted!

It's a rather silly suggestion.

1) Modelling this in full detail, with 2014 standards and including houses and others, would take way too much time and man hours. Could make 10 tracks with those resources, making the development even more taxing than the Nordschleife.
2) It's not worth the massive effort. As known as it is in the motorcycling world, the Isle of Man TT course is nowhere near as popular as The Ring is.
3) The PD version will necessarily have added barriers, as they have added to every single street circuit. This means it won't look and feel as nice as on those videos, which would be a pity in this particular track.
4) People would demand bikes to be in the game, which is leaving the door open to unfounded complains for years to come as most probably bikes aren't coming.
5) A major reason why that course is beloved is because of the risks involved. When racing on your couch that thrill aspect is removed, making this particular circuit lose quite a lot on videogames/sims.

In the end this is the type of content that only belongs in PC sims. By this I mean that such content is made by players -not companies- and also that you (anyone) can have access to "drive this course on your couch", right now so you don't have to wait or demand PD to make this. Please do, because the Isle of Man TT is available right now on several.

edit: I'm not saying it wouldn't be awesome to have this in the GT series. Just saying that there are limited resources and that there are some priorities to be dealt with first, such as including the classic GT tracks and some other very much delayed plans. After those tracks are made and if resources are enough for this huge project, then the Isle of Man can be done.
Last edited: Jul 19, 2014

I'd love to recreate Mark Higgin's lap if GT7 does include the track. Mark Higgins is a beast!

This would probably be the largest track ever in Racing Game History. 20 minutes of fun.

By the way, look at this

Hey moderator, This track is confirmed as Heck!

johnmaxmanoy
Hey moderator, This track is confirmed as Heck!
Click to expand...

Rumour doesn't mean it's been confirmed

I would love to have this track in the game. Even if it isn't the best suited for racing, it still has other uses. Some people like hotlapping, and some like to just cruise around long tracks with variable weather and time and enjoing the scenery while also testing out how cars perform.

As I've stated before, I really like long tracks in general, and this would be the longest one so far in any GT game.

For those who liked the sierra time rally, this track would be suitable for that game mode as well.
S

Mark Higgins is back on the TT course this year, his 1st practice lap was 126.971mph, and he has 3 more to go (Monday/Wednesday/Friday)

Another track that would be awesome in PSVR

Any opinions on tt Isle of Man or monster energy supercross