It desperately needs more tracks. The cars I don't much care about, but that's just me. I've done everything there is to do in the Single Player 'Campaign' and never once needed to buy a car. Got about 8 million in credit, and no need to spend any of it.

I liked having brought a new variation. Finally. At least.

Now, will we have new circuits at the end of January?

I speak of even new circuits like Spa, Sarthe, Laguna Seca and the classics of the franchise.

It will be? What do you think?

Tracks I'd love to see: For all tracks listed, I would like to see any and all possible layouts that they have (i.e. for Daytona, Speedway, and Road Course)

Circuit of the Americas

Too many to count at the moment...

But I do agree, they need to add new tracks fast! And not just variants of existing ones...
T

So, guys, will the next update (january?) give us some real or original track? Or just one more variation?

I would like every update to give us two tracks. Would it be an impossible dream to wish Old Interlagos?

Remembering that the past games brought Fuji and Monza in vintage versions. 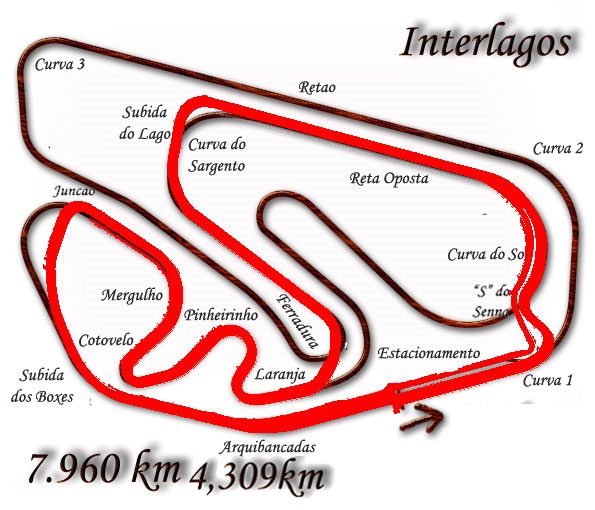 There's some easy wins for PD if they included Suzuka West and Nurburgring Club tracks. 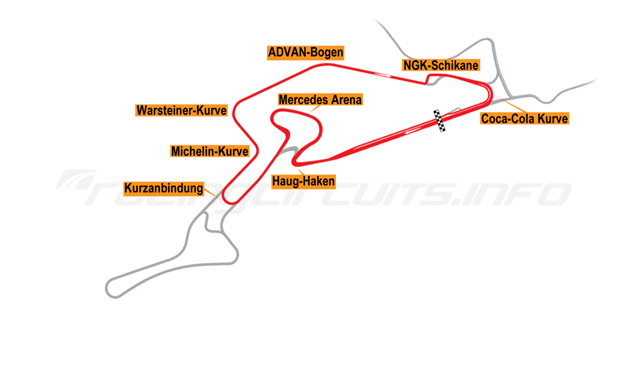 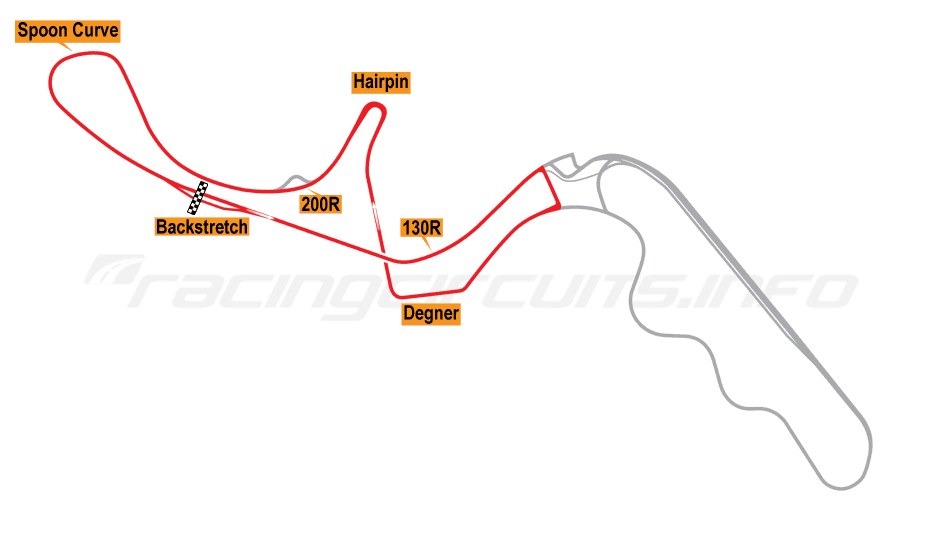 Im hoping for something more interesting than the same old tracks I have raced in every racing game for so many years. I love Spa and Laguna but a bit of me is burned out on the same familiar circuits.

One of the most underrated and unused tracks in GT History deserves a welcome back into GT Sport.

Bring back Rome Night from GT2.

.... and please PD, a minimum of 20 cars on track offline for any additional tracks.

Why not use the GT6 application to create the tracks ?. You could create interesting tracks and any original circuit. What do you think ?

ShiftingGears
There's some easy wins for PD if they included Suzuka West and Nurburgring Club tracks.

Man, that would be the least to do. It is almost obligatory for the DP to present these clues soon. There is no reason not to add them soon.

I hope they are added, but not as "new" clues. In the next DLCs, I want really new circuits, like the franchise classics or new versions of the classic circuits, with new variations.

Ever imagined Midfield Raceway, for example, with a variation that enlarges and races the track? It would be wonderful!

I also wanted new real circuits that have never been in the franchise, like Watkins Glen, Road America, Gilles Villeneuve, Istanbul etc.

This should of been priority number 1 from the start imo. Not GT-League (assuming it wasn't already nearly done and was a knee jerk reaction to people complaining).

This and the slow steering wheel bug (using pad) are the 2 main issues for me.

A circuit with great variation options would be LAUSITZRING. 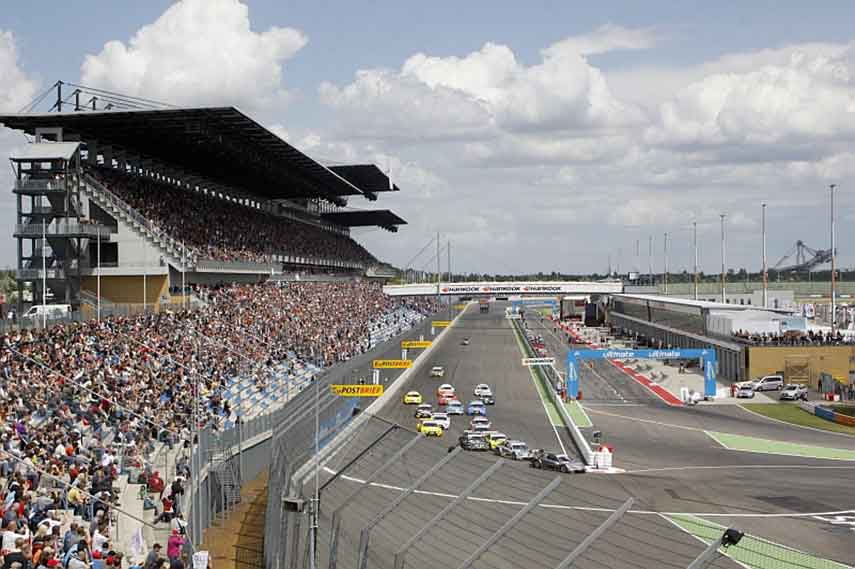 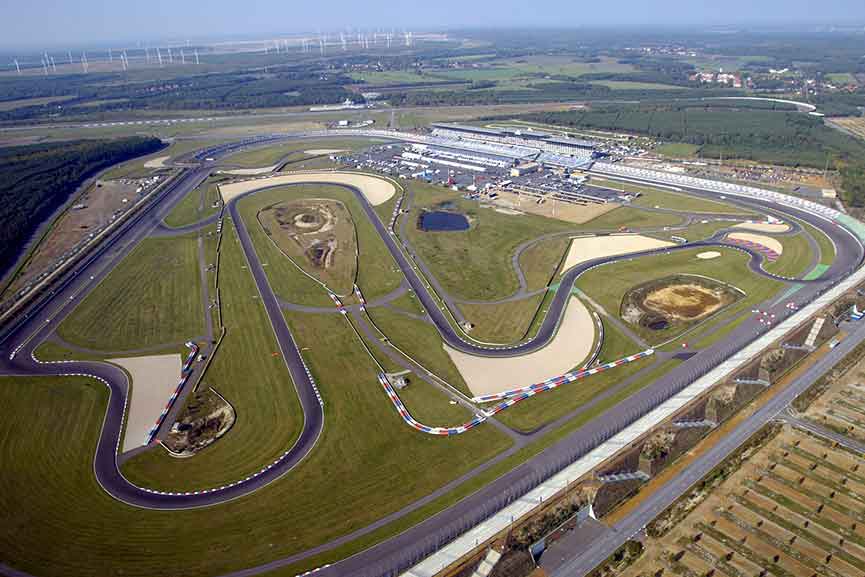 Claudio 81
Why not use the GT6 application to create the tracks ?. You could create interesting tracks and any original circuit. What do you think ?
Click to expand...

It kind of looks like that's what they did with Alsace.

Alcase is visually very generic. It does not look racetrack.

It was not decent those guardrails and lines on the asphalt. Looks like an arcade game.

BrunusCL82
A circuit with great variation options would be LAUSITZRING.

I only remember this track because of V8 Supercars 3

You can not continue the same circuits.

I hope that in January we have at least two race tracks.

It's getting very annoying.

Okay. Great that we'll have rain. But URGENTLY we need new racetracks.

Two in January is a good providence.

Weak cast of circuits. It's a single negative point of the game. We already know that. OK.

I hope that at the end of this month we will have a package of circuits added. Let's see that GT6 will have the online service closed. It would be a tactic to entice GT6 players to GTS to add some original and real circuits.

It's just an optimism. I am already vaccinated against PD. LOL.

I am realistic. I would not be surprised if the March update brought just a new variation of Nuburgring GP or Suzuka West.

I love the new BM layouts, they are good enough to fill the gap between introducing a completely new track - Monza - and the next one (hopefully Fuji).

I'd like to see anything but Laguna Seca. It's a good track but it has been in pretty much every other racing game that I've owned. I have got bored with it.

I think it's pretty obvious with how PD is releasing things that any tracks to come will have been in GT6. Good luck getting Watkins Glen, COTA, Dubai, Hockenheim, hell any American track other than Laguna Seca. Sad but true

Why need more circuits while Dragon Trail is still favorite on lobbies?

Too many Dragon Trails.....

Calmlity
Why need more circuits while Dragon Trail is still favorite on lobbies?

it is favorite because it is a unique, original circuit, and does not exist in other games. Besides being a circuit that does not have much difficulty.

I'm sure if the PD add Trial Montain, Deep Forest, Grand Valley, Midfield Raceway, Apricot Hill, in the end, Dragon Trial will disappear from the lobbies.

It is a very good circuit to attract casual and novice players.

More circuits would be nice but more emphasis needs to be put on how well a circuits attributes promote good on line Sport racing.

Just because a circuit is iconic and history laden does not make it a good circuit for online racing for the masses. Just like Monza, the chicanes and particularly at turn one is know for its penalty filled carnage so it is not making for a top online racing circuit.

New tracks but without unavoidable choke points, no tight to circiut walls with no runoff and good flowing designs will make better online circuits.

For some people even circuits where you don‘t have a lot od slow parts and big run offs are too hard to master and to race fair and clean. Maybe what the game needs is a 16 car wide drag strip with lanes separated by walls

Would love to see Deep Forest, from the legacy tracks, re-imagined for the PS4. F-ffffuun!
Last edited: Mar 5, 2018

AlexDB9
Would love to see Deep Forest, from the legacy tracks, re-imagined for the PS4. F-ffffuun!
Click to expand...

Expect it to happen sooner or later, PD is already working on a GTS version of Deep Forest.

We may get a track ever 2 updated. We got Monza at January. No February, so maybe March.
Or we may get a new track every month after March. Because since then Kaz said they will add cars. So they may focus in the cars instead of tracks until end of March.

P
When will we get more Porsche cars

Potential Tracks That Can Be Added

We have come a long way - Your Circuit Experience improvement