Mystery: During the Silly Season in career mode Glenn Tingan got put into the Number 43 car twice, this caused a weird situation where he would get extra points from races and won every season of despite the fact Ben Collins who was in the Silly Season after taking over the 14 winning 2/3 of the races (and Tingan never won)

Glenn Tingan wasn't unbeatable, I eventually did NEXTEL Cup and was barely able to win after winning most of my races but it's very peculiar

Mystery: Back in 2006 when I used to play this game a lot, I noticed their was an area in Pigeon Park on the map, but strangely, it was inaccessible.

I found this rather strange because why on Earth would it be on the map if it wasn't accessible?! 🤔Making matters even more confusing, it even had gaps in the bushes and streetlights indicating something is supposed to be there, yet it wasn't! 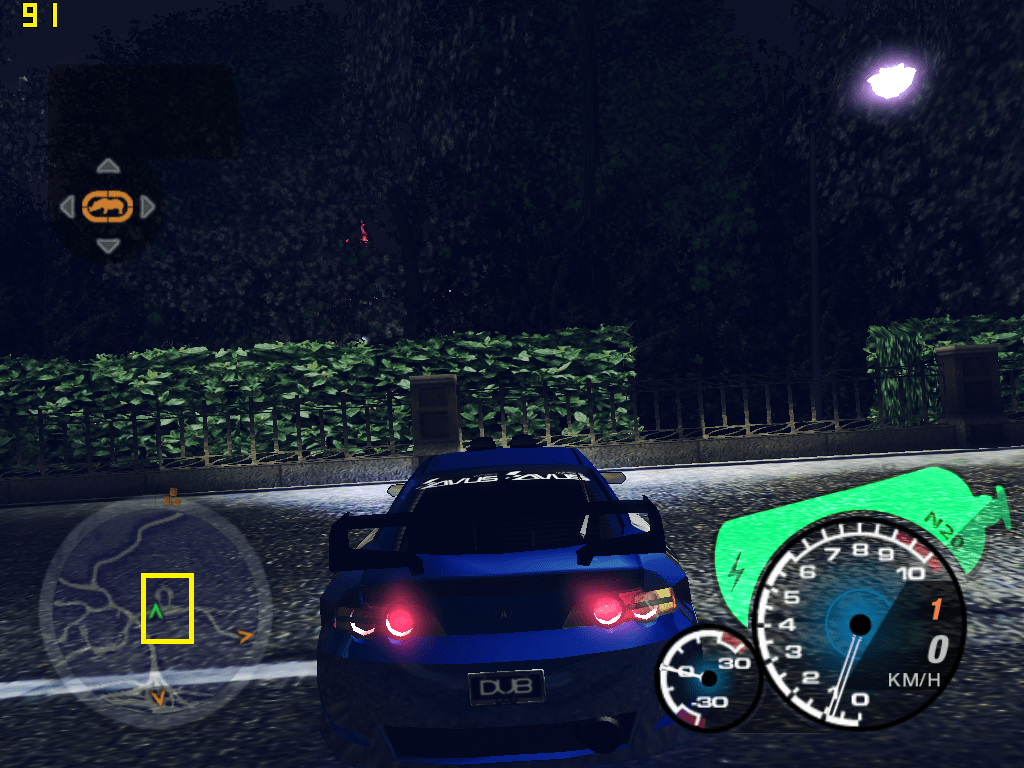 So my brother asked a friend he knew about it and I think he said you had to beat the game and it was very hard to unlock. So I did, but even then, the area was still inaccessible. Although I haven't actively played the game again since 2006, this was a mystery for me that left puzzled for many years after.

Explanation: So I asked about it in this thread here on GTP, but go figure, I ended up answering my own question not even a few minutes later.

That said, what happened here is this was the original location for the Brad Lawless Memorial and in a demo for the game, it was there, but was later moved somewhere else in Pigeon Park by the time the game came out. The devs had not updated the map, so that was why the area was still shown on the map even though it no longer exists and interestingly enough, the area it was moved to is not even shown on the map. So long story, it was an oversight that the area was shown on the map and it doesn't actually exist in game.

Though why it was moved, why the map wasn't updated, and why it has those gaps in the bushes and streetlights in it's place, is still unclear. (I haven't read TCRF's page on the game in awhile though)
Last edited: Aug 2, 2022

Mystery: Something I didn't fully understand for a long time was how you actually defeat NOS-4-A2 on Canis Lunis 1. As a kid, it confused me because every other boss in the game can be defeated pretty easily once their shields are gone, but NOS-4-A2 was a different story. Shooting him when his shields were gone did nothing and he proceeded to laugh upon being hit, indicating he wasn't taking any actual damage. While I eventually did defeat him and have done so many many times over the years, how exactly I was doing it, was still rather unclear to me.

Explanation: Turns out those laser turrets were the key. Since NOS-4-A2 is an energy vampire, he obviously feeds off the energy from them, so it makes sense why destroying them would result in his defeat. I had been suspicious of this for years, but I never really bothered to look into it until recently since I usually just destroy everything anyways. Fortunately, as of today, I finally have the answer.