Before anything, you need to share something with you, readers. All the motoring press loves it when there's something new linked to Ayrton Senna. The reason is simple: the public segment is fierce consumer of any matter connected with the triple world champion of Formula 1.

So, it works like this: some speak well and praise as they can. Others do the reverse and minimize the accomplishments of Senna, just to mobilize people around an empty argument to some extent, as "Senna is better or worse than Schumacher, Vettel, Prost, Fangio and the like." But nobody gives up talking about a sportsman who, even twenty years after his death, is still the great idol of the country.

If the subject Ayrton Senna is guaranteed success editorially, how to ignore his marketing potential? Polyphony Digital, a subsidiary of Sony, certainly took this into account by associating the image of Senna to Gran Turismo 6, and the result has been expected: success.

"Senna is a global name, but it is even stronger in Brazil," admits Anderson Gracias, manager of Sony Computer Entertainment in Brazil. This translates to figures obtained by GT6 in Brazil: 24 market days - was released in early December - was the best-selling game of the segment in the country in 2013 following the good performance in 2014, remaining as a top-10 market national.

What's new in the game, dude?

Well, if you play GT6 since it was launched, you will remember that, from the beginning, the game had two items linked to Ayrton Senna: his overalls in McLaren times and his traditional helmet. On May 1, a date that marked the "legacy" of 20 years of the driver, they released a video tribute (see below), which was already showing some signs of what we might expect.

The expectation is confirmed now, with the release of the special package content planned for this week. Making free download, users can guide the three models used by Brazilian pilot during his career: the first kart, the fireball of the British F-3 and the legendary Lotus 97T, with which Senna made his first pole and notched his first win in F -1. All come with their overalls.

In general, there are two ways to accomplish such items. The first, of course, is to buy them with virtual currencies. The second, more interesting, is to pass the known challenges of the game, where you have to hit certain lap times for the award.

It is worth mentioning: you can not "skip steps" and try to test the F-1 car right away. Career is career and should be respected! You start with the kart challenge at Silverstone goes through F-3 and arrives at Brands Hatch, then yes, the F-1, with reference to the time of the pole positions of Senna at Monza and Brands Hatch (1985).

In the meantime, you will have the opportunity to see rare photos of Ayrton. "We feel a very large opening of the Institute (Ayrton Senna) in partnership, so we had access to many family photos to enter in the game," explains Gracias. So you can see the path he took through images and captions.

The more horses you have, more difficult it gets

When you drive the kart Senna in Silvastone ... ops , Silverstone, you will find that the challenges will be a big piece of cake. In fact, hit the bronze mark is not a task of the most inglorious. Rise to the challenge of the F-3 car may have some difficulty with the peculiar outline of Brands Hatch, and of course, with the (many) additional horse power .

Now , when you take the wheel of the black car from Lotus ... (some portuguese expression to "very hard and dodgy thing to do") . Dealing with the Renault V6 turbo on the long straights of Monza is easy, but hold the rear of the car taking the curves in low speed requires good deal of expertise. The same goes for the uphill bits of Brands Hatch .

But do not get too worried. The truth is that , for fans of Ayrton , just the fact that this material is already available is a balm and a way to remember the eternal champion.

By the way ... is there any chance to have new content packages Ayrton Senna made available for GT6? "We have not set a deadline for this, but it has a lot to happen ," says Anderson Gracias, mentioning that this is the kind of feature that makes GT6 differential game: he is able to keep warm and therefore have a longer than others due to the content titles which are added in the course of time life cycle.
Click to expand...

I really hope that you don't make the thread into another locked up battlezone.

According to Anderson Gracias, the content on the driver does not stop here. "The life cycle of the series is different from others. It completed 15 years of existence with six titles, selling over 70 million copies. We started with the red jumpsuit and yellow helmet Senna at the launch of 'GT 6' and now we come with cars, tracks and challenges. Is very difficult to put content in this level, brand licensing, balance right cars that have restricted access. And yet there will be more content about Senna to be available".
Click to expand...

G1 also claims that the content will be released today.

Special content of the game arrives on Tuesday (27) to the PlayStation 3. See other racing games with the brazilian racing driver
Click to expand...

There is a video, which is impossible to embed here, with some glimpses of the cars running in game. @diegorborges took us some pictures of the Lotus' cockpit: 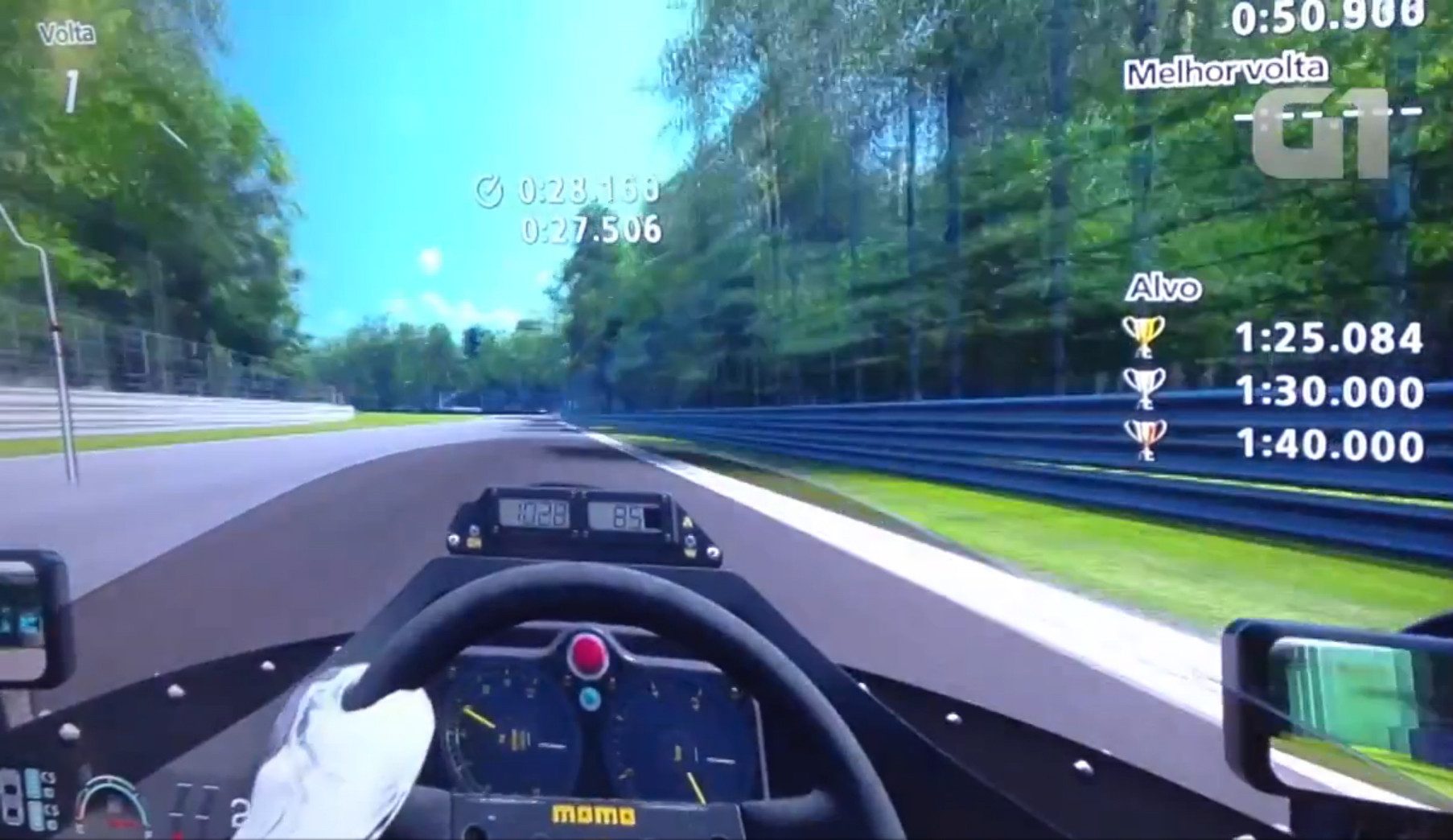 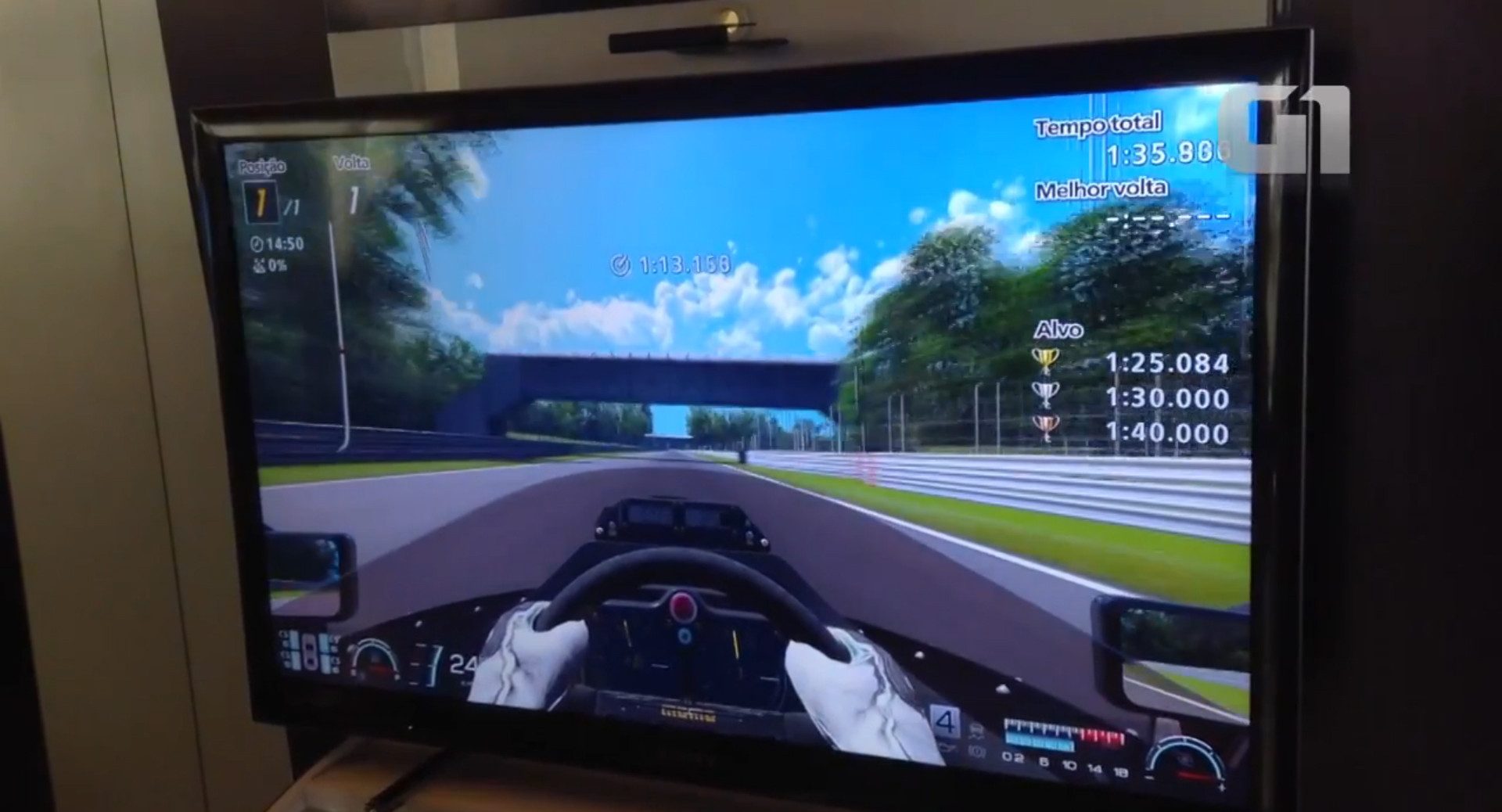 Vdeo with gameplay action, but no audio: (thanks @IneedSchool )

"By the way ... is there any chance to have new content packages Ayrton Senna made available for GT6 ? "We have not set a deadline for this, but it has a lot to happen"

Does that mean, what I think it means.

Also, @Henrique_Drifte found this shot of the Ralt F3 in GT6.

Found on this preview on another Brazilian site http://www.88milhas.com.br/modo-ayrton-senna-estara-disponivel-em-breve-no-gran-turismo-6

Even more new info on another site.

"Winning the final round, thus rewards the player with the famous Lotus, worth 3 million credits in the game"

Even more that seems like it confirms a release for this week.

@wowbaggerBR, cheers for the info, I feel a bit better about this now 👍

Thats quite the article, uncle !

I feel better knowing the content is ready to go, it's just down to PD to unlock......

I think Friday as a release date is confirmed.

"All this comes free to all owners of a copy of GT6 via an automatic update, which must be held this Friday (30)."

Since the F3 car seems finished and ready, i'm wondering what may be holding PD back.

Since the F3 car seems finished and ready, i'm wondering what may be holding PD back.
Click to expand...

The picture of the F3 is a real world studio shot with soft light. Not anything close to a digitized version done by PD. 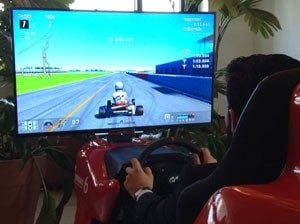 gtuned
I think Friday as a release date is confirmed.

"All this comes free to all owners of a copy of GT6 via an automatic update, which must be held this Friday (30)."
Click to expand...

I've learned not to believe a word of what SCEA says when they mention dates and GT6 content in the same article/video. So you could be onto something. I'll not hold out for anything today at all.

I think tomorrow we will get Senna DLC

If the content is ready, why wait a few days to release it?

Also, why on Earth is that person driving with a wheel in chase cam view? Crazy.

AKps3
I think tomorrow we will get Senna DLC

How come this article says Tuesday the 27th?
http://g1.globo.com/tecnologia/game...ater-recordes-de-senna-em-gran-turismo-6.html

spencer7x7
How come this article says Tuesday the 27th?
http://g1.globo.com/tecnologia/game...ater-recordes-de-senna-em-gran-turismo-6.html
Click to expand...

And I do believe that Sony wouldn't allow all those sites to release reviews without a settled release date.

Special contents of the game arrives on Tuesday (27) to the PlayStation 3.
See other games that the Brazilian driver participated.

wowbaggerBR
I really hope that you don't make the thread into another locked up battlezone.
Click to expand...

Quite - though after one Infraction and one ban, I don't hold out much hope.

Good info, by the way.

Lewis_Hamilton_
Also, why on Earth is that person driving with a wheel in chase cam view? Crazy.
Click to expand...

Maybe the kart has blacked out interior ?

I've learned to become a much more patient person since I've bought GT6. Thanks PD!

Oh I hope it's today at least. If not, than come on Friday!

First gameplay videos of the cars in the OP link

I am confident it will be the typical Thursday (EST) "seasonal/trial" schedule.

Cant wait for this to come out

Shirrako
First gameplay videos of the cars in the OP link
Click to expand...

Bloody hell, guy keeps on talking and i can't hear the engine notes...

Shirrako
First gameplay videos of the cars in the OP link
Click to expand...