Our team is comprised of people who are experienced with Gran Turismo drifting and are always looking to improve their drifting skills within Gran Turismo by challenging each other and competing against other Gran Turismo drifters. You can go to Youtube and search "Team NEMESIS drift team" for our team drifting channel (or click the link).

Additionally, you can visit us online in our "NEMESIS Night Slide" open lobby that we have every other Thursday (once every two weeks) around 10pm PST (-8 GMT) - the room should have our team name in the title.

We help all who asks (nicely). We are very laid back, casual players that are always looking to have good times. However, we are VERY competitive and will ALWAYS go for the kill.

Our team members have proven themselves, in-game, to be competent at drifting (a mic is HIGHLY recommended for private team lounge sessions/comps) and have been personally invited by an existing team NEMESIS member. HOWEVER, an invite from an existing NEMESIS member is no guarantee that you will get an invite.

We only consider North American (Canada, United States, Mexico) players for the team. BUT. We will take in to consideration any international players who have similar play times to ours (which is extremely rare).

There will be a trial period where the invitee(s) MUST display their drifting skills in front of other NEMESIS members during our drift sessions on some random track. We will also gauge how well your personality meshes with the existing team members because team NEMESIS is a family. We are very guarded about who gets an invitation to join our family.

We can be found at various times online, but we are usually found in the evenings (10pm PST) most days roaming the open lobbies seeking tandems.

>VDC 1: Two team members finished in Top 5 out of over 20 of the best GTP drifters (DGambino1 in 2nd Place & fcpmarcus in 4th Place)

>VDC 2: ABIOTIC91 finished in 3rd place against some of the best GTP drivers out there! Honorable mentions to Rovered78, the86d, and fcpmarcus who all placed within the top 15 despite missing several rounds!!

>Formula Drift Championship Season 2: fcpmarcus managed a 2nd overall finish with only competing in 5 of the 8 rounds! Great Job Marc!! Marc accomplished this by having (2) first place finishes and (2) second place finishes in 4 of the 5 rounds he competed in. Another great performance and we know you would've finished 1st overall if you had done all 8 rounds.

We cant wait to get some tandems...

It's almost time! Can't wait to drift with my family and friends this should be the best gt ever!

Welcome back Nem..it's almost time to dust off those wheels/controllers!. Looking forward to the return of NightSlide

We've been around Blunt. The open lobbies have been plagued with boring Suzuka East sections and Tsukuba.

I have been visiting some of the international lobbies but rarely find quality rooms. PUSH opens a lobby every from time to time and it fills up quick!

We cannot wait to get Night Slide running again! I'm hoping that I can live stream it for those that cannot get in to the room. Most people say that the conversations/chats are as fun as the tandems! Always good times!

Lol I still need to pre-order mine. But I can't wait for it to be released!!

Looking forward to all the epic sessions over the next few years.

Can't wait to slam doors with all you guys again. Going to be a lot of fun having everyone come back online together and tearing it up!

O man I'm so pumped about Friday. Can't wait to get back out there with you guys.

Not sure but I think some of us may want a new drift chassis for this game, the 370z is getting a little long in the tooth. Can't wait to test and tune with these new physics!

There is gonna be a lot of different choices! I've been thinking and I don't know what I want to drive.

I heard in another thread that they have a "remove wing" option in the aero parts screen! They weren't sure if it's applicable to ALL cars but I would assume for all premiums at least.

They gave a run down of all the tuning options for a Skyline (as an example).

4DOORs that's all I need is MORE 4 DOORS PLEASE!!!....oh GoodBye GT5 video is up on youtube here is the link.
D

Best of luck to everyone in GT6! I'm looking forward to drifting with you guys in the future.

Anyone up for a test and tune today and or tonight?
P

CJDA9
Anyone up for a test and tune today and or tonight?
Click to expand...

CJDA9
Anyone up for a test and tune today and or tonight?
Click to expand...

Lol we have been testing and retuning everything all day!! I sent you a message through PSN earlier.. I'm about to rejoin after I get back from dinner

Nice I was showing my dad the new game when you sent the invite.

CJDA9
Nice I was showing my dad the new game when you sent the invite.
Click to expand...


good to see you tonight CJ!

Got my copy yesterday, so I'll definitely be on today. Already got me a nice white on white S13. Took it out for a few quick sessions, and it seems pretty good. Certainly feels different, but in many ways I think I like the feeling more than GT5. Feels like I have more control mid drift.

Not very impressed with the lack of new cars, exact same tuning parts, and exact same customization options...but it is PD we're talking about here lol.

I'll just be quiet, take the lunar rover for a spin around the moon and be happy Kaz let me be part of his vision lol. (Stole that from another GTP user...)

For workn. This is balcony.

ProtegeDrifter
I have my college break starting Monday, don't know how well you remember me but I would be down to anytime starting Monday night. (I'm EST)

Uh oh, it seems I got skipped. Haha
S

Been a good few months since I've been here! Picked up GT6 and am loving it so far. I definitely plan on jumping right into this one, getting better, and shedding my extremely inactive status and drifting with the old gang again.

Got really tired from practicing wheel all day and trying to figure out the physics.. So I decided to take some photos

The first drift car I built was of course my FD, but it was too fast and grippy. So now it's my time-attack beast lol. 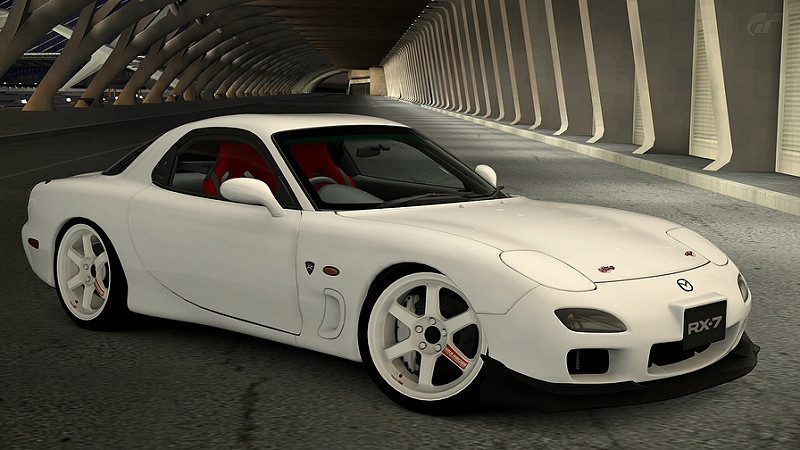 City of Arts and Sciences - Night_1 by nemesis.marc, on Flickr 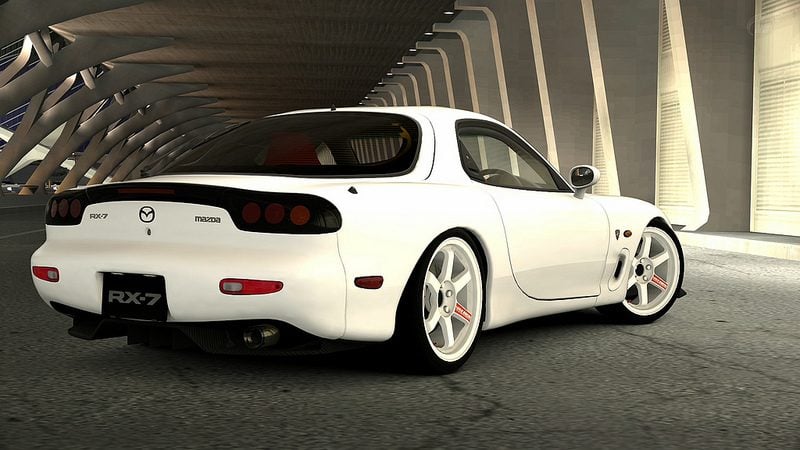 City of Arts and Sciences - Night by nemesis.marc, on Flickr


C63 and Pozzi Camaro.
The drifting pics are on Show Your Drift Cars 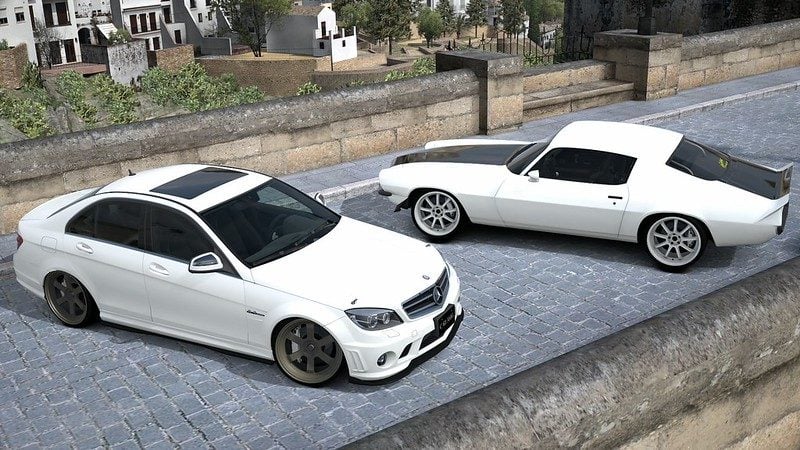 Nice pics Marc. Can't wait to get my comp hooked up to start uploading

Yooo!! haha yea for sure I'll try out the Challenger in this game. I'm leaning more towards the charger though. I gotta see lol. I still need to pick up the game. Been busy with work and school. Im going to pick it up this week!