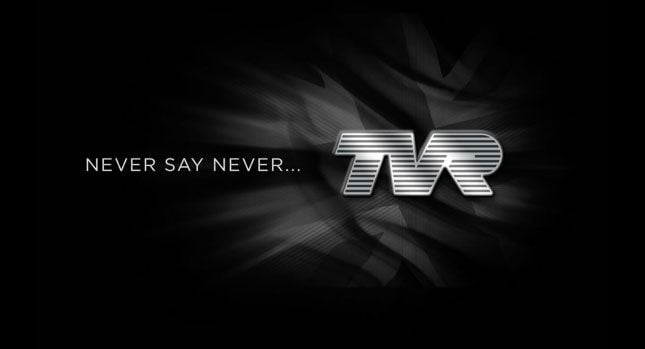 Rights to make TVR cars and components, to use existing designs and manufacture components for existing cars, have been recently sold back to British interests located near London, according to their former owner, the Russian banker Nikolai Smolensky, now living in Vienna.

Speaking exclusively to Autocar earlier today, Smolensky said the deal was done &#8220;some weeks ago&#8221; but refused to reveal the price. The transaction is understood to involve a company fronted by a Mr Les Edgar, a Surrey-based entrepreneur.

In other intriguing moves, a private company called TVR Motor Cars Ltd was incorporated at the end of April and is currently described by Companies House as &#8220;active&#8221;. The same source reveals Leslie Edgar, of Dorking, as director of both TVR Manufacturing Ltd and TVR Automotive Ltd. Meanwhile TVR's website has for some time carried the comments &#8220;never say never&#8221; and "roaring back". TVR enthusiasts are convinced &#8220;something is up&#8221;.
Click to expand...


We've spoken to The Russian's engineering firm working out of Vienna, Austria, and they've promised us an announcement "within the next two weeks" on an all-new car. And, we're told, it's likely to be made in England.

"We are coming up with a detailed plan," Dietrich Probst, head of marketing for umbrella firm VIT Technology told us, "It'll probably have totally new styling. The engine we haven't decided on." This probable new car will be true to the spirit of TVR, he said. "We are keeping in mind that it's a TVR, so it'll be a lightweight and very powerful sports car, half the price of a Ferrari and probably as fast."
Click to expand...

"Engine we haven't decided on" means "we haven't hammered down the details on how much we have to pay GM."

Oh no.. No pushrod motors for TVR. They're known for their DOHC motors.

Good to know TVR will be back.

Leonidae@MFT
Oh no.. No pushrod motors for TVR. They're known for their DOHC motors.
Click to expand...


Because as far as I can tell, the only engine TVR made that had any cams up top (nevermind two of them) before they started making their own came from this: 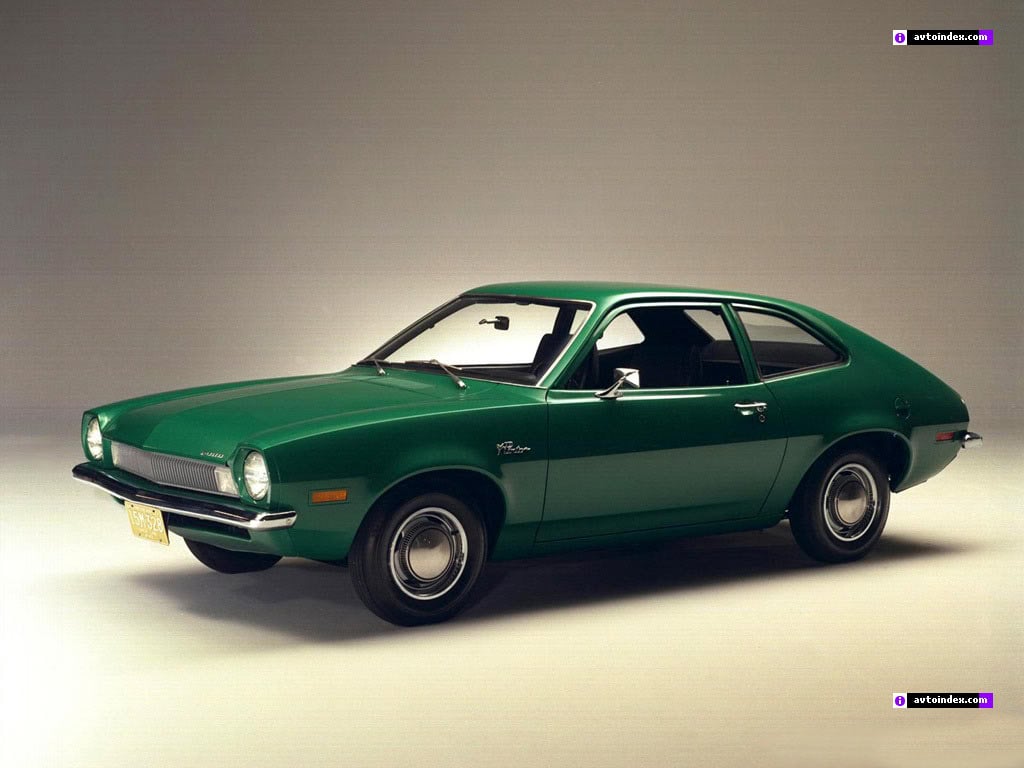 Still better than anything GM can come up with

GM did come up with the Rover V8.

I was speaking of the inline sixes. Also, weren't the AJP-family motors TVR's own instead of licensed?

Probably best not to get into car stereotypes, ya think?

Well, if you're doing it right, you either get a variant of the LT1 or you get a variant of the Coyote. I don't think TVR has a significant choice here. It'd be the easiest way to go in terms of price and performance, unless of course they decide to get crazy and buy a forced-induction version of what GM and Ford offer.

Actually, now that I think about it, an EcoBoost V6 might be too refined.

About 2-years ago I saw a red Sagaris at a car show in Florida. So cool.

Car stereotypes aside, what will they do differently this time from a business standpoint that will ensure that their company stays afloat? The performance and quality of the cars are almost irrelevant.

Pick up the pace, let’s go!

Well.. I wish them the best of luck and I'm glad that this 'revival' brings job opportunities to the British populous, however I'm concerned about the scope of the new owner; how they intend to keep the company afloat and making profit..

Though from what they've said so far they seem to have a good vision, so I guess that's something.
C

Good. Hopefully they will do something productive with it, unlike the clueless Russian who previously had his paws on the brand.

Had the pleasure of being behind a red Sagaris, whilst in traffic yesterday evening.. forgot how great they look and sound. Must have been a good omen.

Zenith
Car stereotypes aside, what will they do differently this time from a business standpoint that will ensure that their company stays afloat? The performance and quality of the cars are almost irrelevant.
Click to expand...

Make cars instead of windmills?

I think it would be fun for them to use the Chrysler Hemi V8 instead of the 'easy choice' GM or Ford powerplant. Ideally, they'd sort the Speed-Six engine properly and use that, but I don't think they'll ever get that engine reliable with their capital.

Seeing as the Veyron cracked 1000bhp a long time ago and most hypercars are in the 900bhp range, maybe it's a good time to dust off the Speed 12 project? That would really kick TVR back off with a bang.

I'd love to see the Speed 12 project dusted off, or maybe something like a new Cerbera, (Cerbera 4.2 is easily the fastest car iv'e ever been in.. acceleration felt like a rocket ship!

Les Edgar, who fronts TVR Automotive Ltd, the UK company this week revealed to have purchased the TVR name from former Russian owner Nikolai Smolenski, says his company has &#8216;a lot of plans' for the sports car brand, and &#8216;won't make the mistakes that have been made in the past'.

"We've done a lot of background work," said Edgar, a Surrey-based entrepreneur best known for developing video games and for reintroducing Aston Martin to GT racing. "This wasn't a snap decision. We have the money to do it, and we have a unique collection of people with business acumen and passion.

Edgar assured Top Gear that the new owners would keep the company firmly in the automotive sphere. "We bought TVR for what it is, and we don't want to dilute that. We want to build on the DNA, and that's unlikely to apply to anything but cars."

Edgar admitted that, due to non-disclosure agreements, he wasn't at liberty to reveal any more information, but was keen to stress that he and his associates will respect TVR's heritage... and Britishness.

"You can't let these great brands disappear or go abroad," he said. "The starting point was &#8216;let's get it back'. There's a huge amount of passion with the TVR brand. You'd be hard-pushed to find a British car brand that generates so much passion."

Edgar couldn't confirm when we might see a new TVR or what form it might take, and was keen to quash the frenzied speculation that's emerged online since the homepage on the TVR website this week bore the slogan &#8216;Roaring Back'. "We'll be making more announcements in due course," he told TG. "But you'll have to wait and see."
Click to expand...

By that I mean Blackpool.

A new model will launch in 2-3 years

The reborn TVR is about to open an R&D centre in the south of England as a prelude to launching a new model in two to three years’ time.

Edgar said the main task since has been to line up the engineers, designers and suppliers needed to build “modest quantities” of cars in the UK. British manufacture is vital to the car’s appeal, the partners believe.

“We have detailed concept designs,” said Edgar. “We will soon be ready to commission a static prototype. We’re not yet ready to say what kind of chassis the car will have, although having investigated every likely form, from the tubular backbone chassis to a full carbonfibre tub, we’re close to making a decision.”

No final decision has been made about a base powertrain. Edgar said it is likely to be an outsourced engine but insists it will be configured to be a typical TVR powerplant in terms of sound and throttle response. A comeback for the Speed Six is possible, although not immediately.

For now, the company is working on one model. One pressing job, Edgar said, is to compile a bill of materials that will provide a good guide to the new TVR’s price. The company remains determined to build “a simple but exciting car” in a bid to make the car as affordable as TVRs were.
Click to expand...


I happy to hear that they are working hard to get TVR back up and running again.
I can't wait to see the new car!

Good to hear they're finally shifting into action. I wish Edgar and the new research and development team the very best over the next few years. Hopefully that static prototype evolves into a working model fit for the road instead of ending up like so many other TVR concepts of the past.
Last edited: Apr 24, 2014

I'm glad "sound and throttle response" are prime considerations for the engine. It's refreshing to hear.

Wiegert
Hopefully that static prototype evolves into a working model fit for the road instead of ending up like so many other TVR concepts of the past.
Click to expand...

Do you need me to ask my total-best-friend from TVR that I met in Birmingham NEC and can totally remember the name of and who told me stuff even though he suspected I was a journalist?

Danny
Do you need me to ask my total-best-friend from TVR that I met in Birmingham NEC and can totally remember the name of and who told me stuff even though he suspected I was a journalist?
Click to expand...

I would have thought What'shisname from TVR already gave you - a non-journalist - ALL the inside info on the matter. Including that stuff about a possible Speed Six comeback.