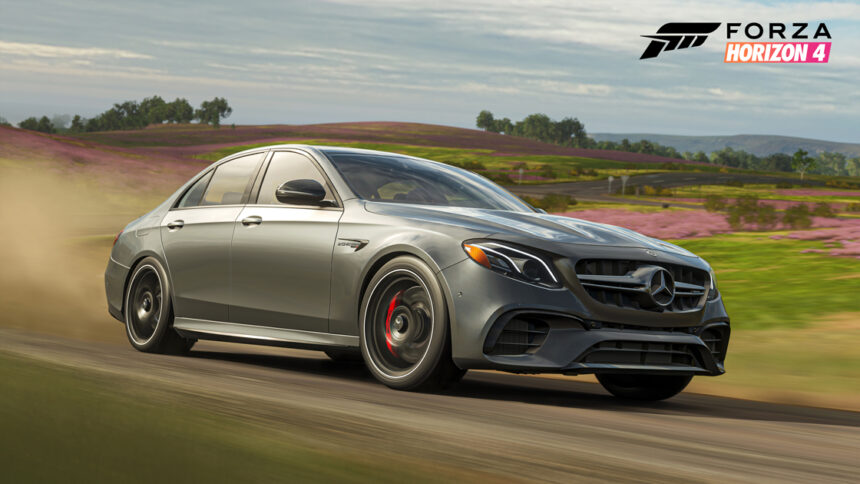 Snow has descended upon the UK once again in Forza Horizon 4, marking the start of a fresh Winter season. Buried among the snow drifts are a new set of events and content.

A new Winter Playlist features new and returning prizes for 50% and 80% completion. This week a thundering Mercedes sedan makes a powerful entrance. 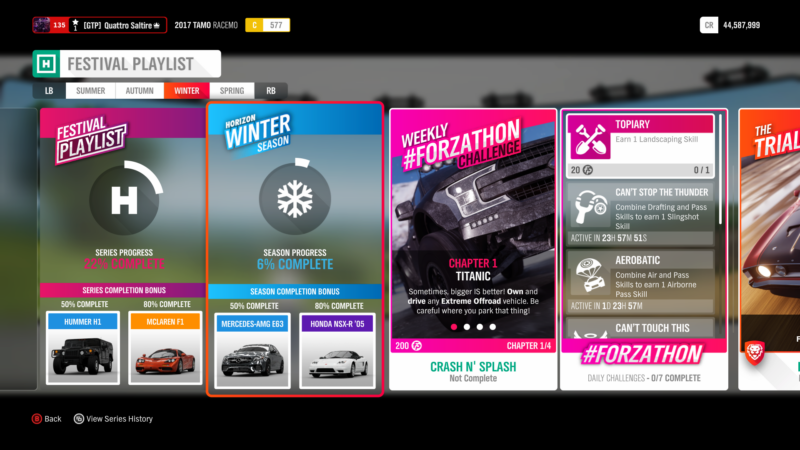 Standing tall among the prizes this week is the 2018 Mercedes-AMG E63 S. The latest iteration of the barnstorming sedan is also the most powerful E-Class yet.

Using AMG’s well established 4.0-liter, twin-turbocharged V8, the E63 puts out 603hp, keeping it on par with the newest BMW M5. To get all that power on the road, the E63 comes with a sophisticated four-wheel drive system. With the treacherous UK roads this week, the E63 is set to be the ultimate all weather sedan.

Those after a supercar can look to the 2005 Honda NSX Type R. Boasting numerous improvements over the standard NSX, the Type R includes lighter components that bring the weight down by 220lb. The charismatic 3.2-liter V6 also receives a bump in power to make nearly 300hp.

Seasonal championship prizes this week include the Maserati Tipo 61 and Jeep Grand Cherokee.

One standout prize this week is the Audi TT RS. This flagship small coupe has been given a new dose of attitude by Audi Sport. Under the hood lies a 2.5-liter turbocharged 5-cylinder engine that revives the spirit of the original Audi Quattro. With 335hp, the TT RS has the power to back up its aggressive new style against its rivals.

Winter’s Showcase Remix lets you return to experiencing the world of Halo. “Assault on the Control Room” will see you suit up as Master Chief and race a dropship across the snowy landscape.

Prizes for this week are down below.

Tip of the Iceberg 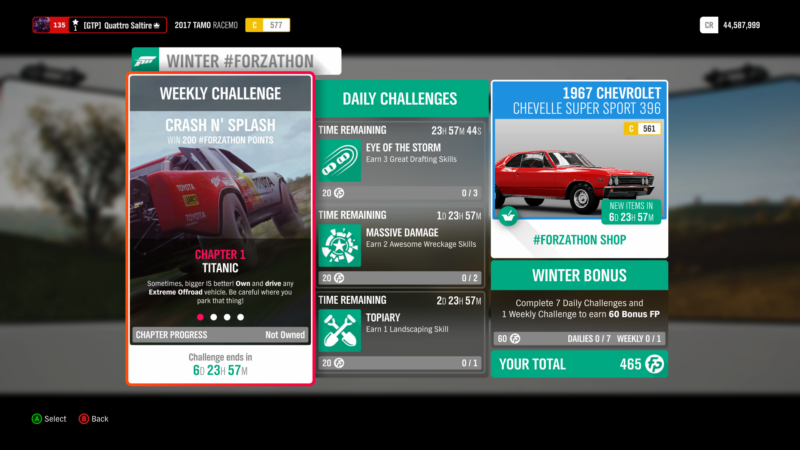 It’s time to play in the snow this week, as Forzathon is highlighting Extreme Offroad vehicles. Grab one of these titans to get started.

Next, prove your offroad superiority by completing 5 Cross Country Series events around the UK. Afterwards, test your bravery by earning 2 stars or better through a Speed Zone.

Finally, cause some havoc by earning 10 Ultimate Wreckage Skills to finish up this week’s challenges. 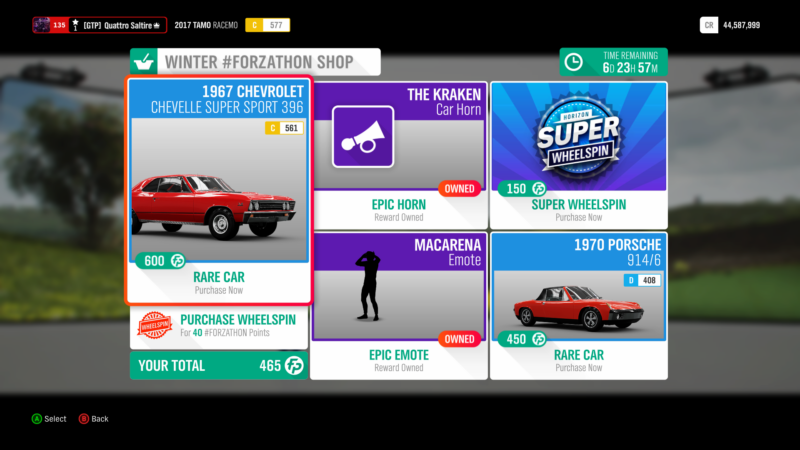 This week’s Forzathon Shop resumes normal service, and it’s all about classics.

Leading the way is the 1967 Chevrolet Chevelle SS 396. This earlier Chevelle may not have the presence of the 1970 model, but it still packs a serious punch. With a 375hp, 6.5-liter V8 under the hood, the SS is still capable of charging down the quarter-mile, as well as looking cool when cruising the street.

At 600 Forzathon Points, the Chevelle is expensive. If you want a piece of American muscle history, then this Chevy may be what you’re looking for.

If you want something less brash, there’s the 1970 Porsche 914/6. The spiritual predecessor to the Boxster and Cayman comes equipped with a 2.0-liter flat-six making just 125hp. However, weighing in just under 2,200lb means the 914 will be a riot to drive on the winding roads.

You’ll need to part with 450 FP to get the 914. If you want experience what would eventually lead to the modern Cayman, then the 914 is ready and waiting to be collected.

This week’s novelty items include the Kraken horn and the Macarena emote.