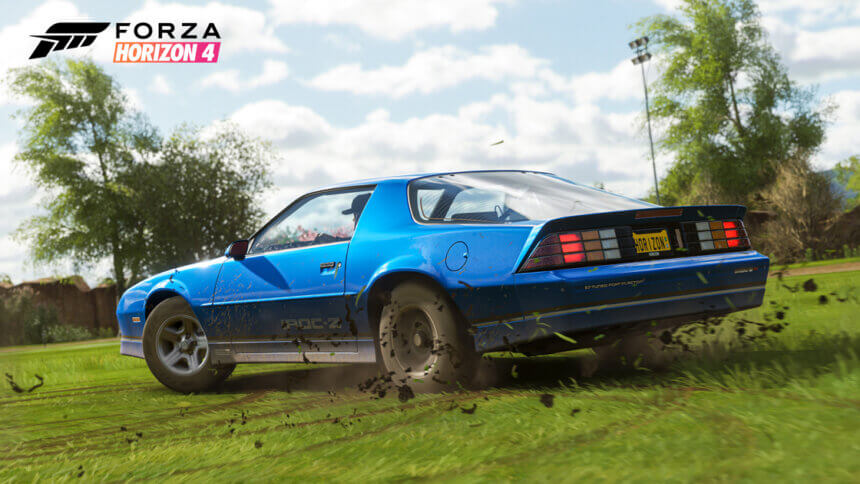 The latest coming of winter marks the start of a fresh new season in Forza Horizon 4. A new set of events and prizes are ready and waiting all around the UK.

A classic Chevrolet roars into the festival this week, along with more Playlist prizes for 50% and 80% completion. Wrap up warm and let’s head out to see what Winter has in store. 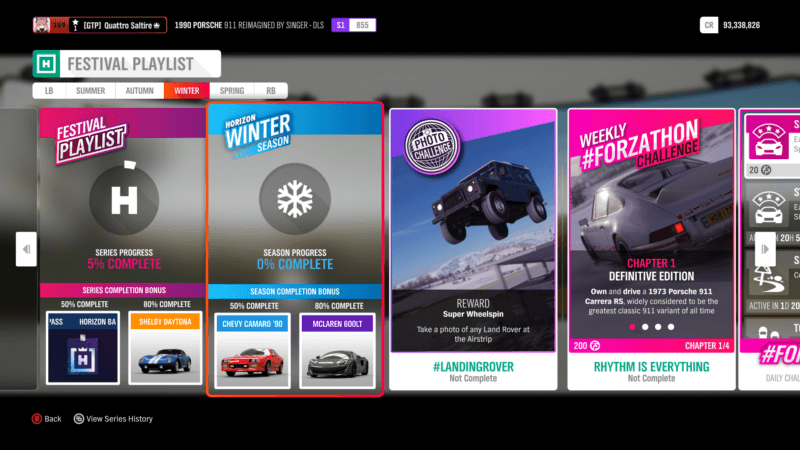 The Chevy in question is the 1990 Camaro IROC-Z. Billed as the flagship third-generation Camaro, the IROC-Z was named in honor of the International Race Of Champions series.

Along with handling improvements, the IROC-Z features a hefty 5.7-liter V8 under the hood. However it only produces 245hp — pretty standard for thaat era — but with some engine tweaking, you’ll be able to unleash the Camaro’s full potential.

If you’re in need for even more speed, there’s the McLaren 600LT. Giving the 570S the Long Tail treatment has resulted in a much more hardcore beast. A diet of 220lb and a host of aero upgrades bring the 600LT a much more focused attitude. The 3.8-liter twin turbocharged V8 has been boosted to 591hp to give full-on supercar performance.

This week’s fresh Photo Challenge is all about bringing land and air together, as #LandingRover wants you to snap any Land Rover at the Airstrip. With the seasonal championships, prizes include the Volkswagen Golf R and the Ford F-150 trophy truck.

The main championship prize to go after is the 1991 GMC Syclone. As one of the world’s first performance pickup trucks, the Syclone shocked the world with its speed. Under the hood sits a 4.3-liter turbocharged V6 making a healthy 280hp, enough to out-drag equivalent sports cars of the time.

To get the Syclone, you’ll need to win the “A Van After My Own Heart” championship.

A classic Showcase Remix also returns for Winter. “Assault on the Control Room” sees you step into the suit of Master Chief and race the iconic Warthog against a Pelican dropship. 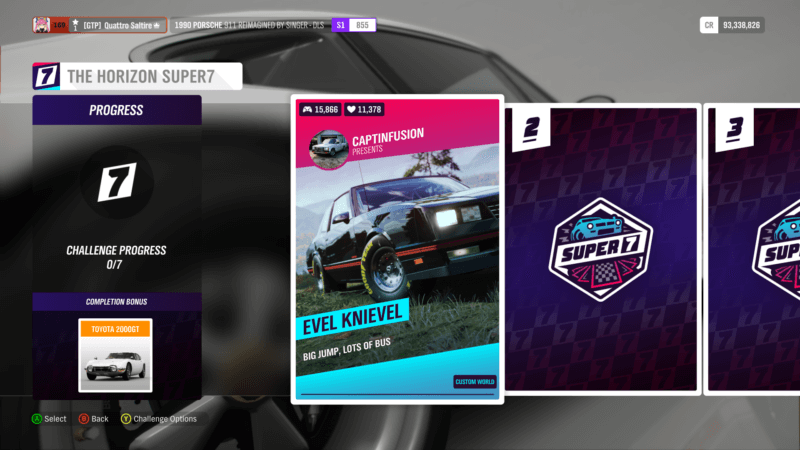 If you’re interested in the weekly Super7 challenges, the big prize up for grabs is a Toyota 2000GT. Complete all seven random challenges and this beautiful sports car is all yours.

The rest of the events for Winter can be found below.

A Van After My Own Heart 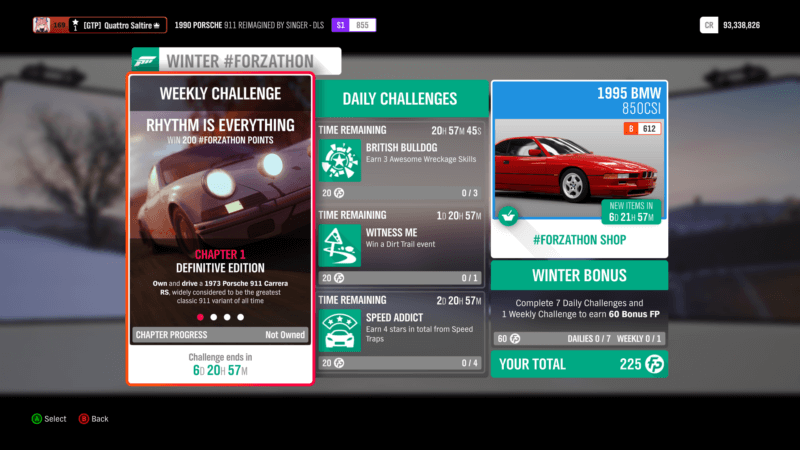 This week’s Forzathon spotlight looks at arguably the most iconic Porsche 911 ever made: the 1973 Carrera RS. Climb into this legend to get rolling.

Next, tame the wild, rear-engined beast and earn a total of 12 stars from Speed Zones. After that, show off the 911’s racing pedigree by winning three Road Racing Series events. 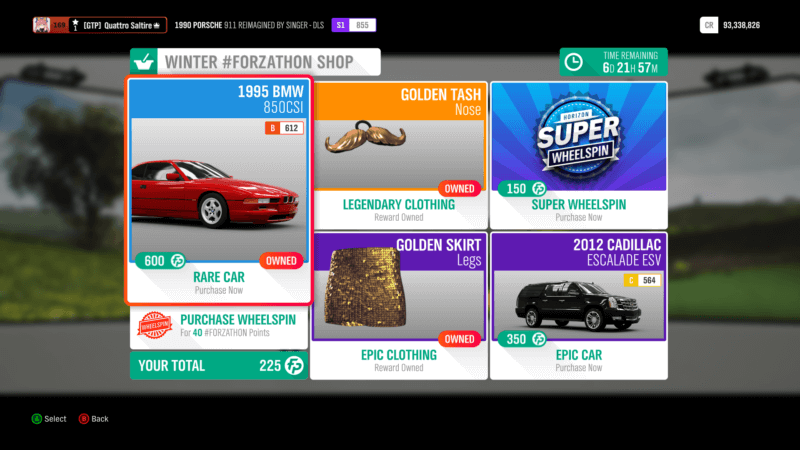 The shop lineup this week is all about making a statement, and nothing makes a more imposing statement than the 1995 BMW 850CSi.

As the flagship of the range, the 8-Series was Bavaria’s ultimate grand tourer. Under the svelte lines was firepower to match, with a 5.6-liter V12 producing 370hp. Although the engine shares the S70 codename with the McLaren F1, there’s actually very little in common between the two.

You’ll need to part company with 600 Forzathon Points to acquire the 8-Series, but in return you’ll be getting one of the coolest BMWs ever.

If you want to make a more brash statement, there’s the 2012 Cadillac Escalade ESV.

The Escalade is synonymous with American bling, and it wants those around it to know as well. Underneath the chrome and sheer heft, the Escalade features a 6.2-liter V8 with 404hp, so once it gets going, the Escalade will shift along.

At 350FP, the Escalade seems to be a cheap deal, though we would recommend searching in the Auction House for a better one.

Clothing items for this week include the Golden Tash and the Golden Skirt.

Forza Horizon 4 Season Change
9 Comments Discuss this post in our forums...
Test Your Badge Knowledge With Our Car Logo Quiz

Forza Horizon 4 5 Mar 5 by Andrew Evans
As the current Series in Forza Horizon 4 comes to an end another one is just around the corner, and Playground Games has confirmed a rather unusual machine will be…