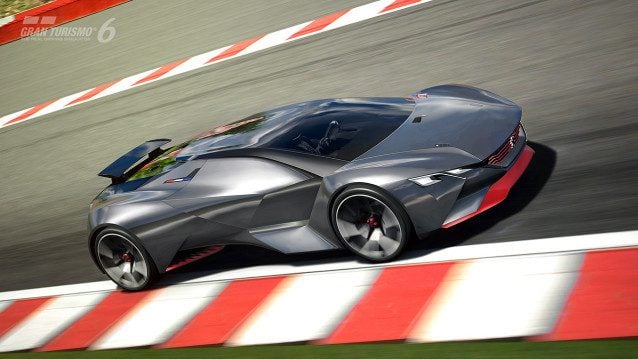 Gran Turismo creator Kazunori Yamauchi was in Paris last week for the formal unveiling of the new Peugeot Vision GT concept, offering the first chance in quite some time for members of the media to ask him questions. As would be expected, most of them were eager to get him talking about GT7.

The game hasn’t been formally announced, of course, so he was typically coy in his answers but did make some interesting remarks. In an interview with Italian gaming site SpazioGames.it, Yamauchi-san touched on the controversial subject of vehicular damage. Via Google Translation:

“Yamauchi has guaranteed that the seventh chapter will solve many problems related to the physical impacts and simulation of damage, two aspects that have always been taken seriously by fans of this saga. It also confirms a greater number of premium cars in Gran Turismo 7, although – for the moment – Yamauchi-san has preferred not to say too much about figures.

“Finally, when asked about the alleged arrival of Gran Turismo 7 in 2017, as initially feared by some sources, it came a blunt denial: “People will never wait so much.”