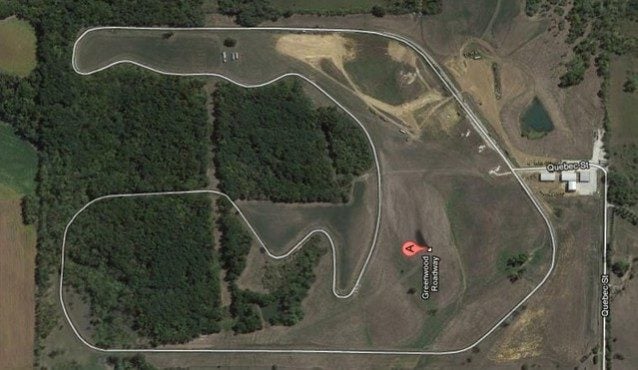 “Deep Forest Raceway” has been a popular staple in every major Gran Turismo game released since 1997. It has long been considered and classified as an entirely fictional circuit, created by Kazunori Yamauchi and his team at Polyphony Digital. 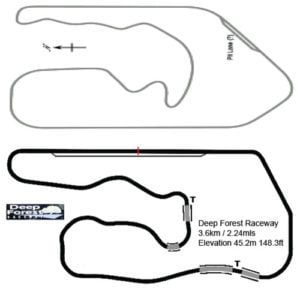 GTPlanet reader Joel Hadar has discovered an abandoned racing circuit deep in the rural Iowa countryside, about 12 miles south of the town of Indianola, that bears a remarkable resemblance to Gran Turismo’s “Deep Forest”.

Known as “Greenwood Roadway”, it was built in 1963 and was used only four years to host various SCCA and club races, before it was eventually closed due to financial and safety issues. In the 50 years since, it has been mostly forgotten and reclaimed by mother nature.

It can be found here on Google Maps, and, thankfully, there are a few tributes to the old circuit around the Internet by Chuck Brandt and GreenwoodRoadway.com. Joel also provided GTPlanet with dozens of photographs from his visit to the circuit, which can be seen in the gallery below.

Though Greenwood is obviously not an exact replica of Deep Forest (the real circuit is 3 miles in length, and the virtual is 2.2 miles), they share some uncanny characteristics. As noted by Joel in his blog post:

What can’t be seen from the maps is the identical nature of the topography of the two tracks. Driving on both tracks, the rise and fall of the circuit is virtually identical. The two highest points on both are at the end of the back straight (in the tunnels on Deep Forest Raceway) or at the ninety degree bends in the middle section, and the lowest two points are at the start of the back straight and at the hairpin at the end of the main straight.

Fortunately, several car clubs have been granted access to the circuit in recent times, and some participants have filmed their drive around the circuit.

Note the direction of the circuit appears to be the “reverse” configuration of Deep Forest, which can be seen in the second video of Gran Turismo 5 for comparison.

Was Polyphony Digital’s Deep Forest inspired by Greenwood? How could a Japanese video game studio even be aware such an obscure circuit, of almost no historical significance, located over 6,000 miles away, existed at all?

We may never know, but Deep Forest was actually the first circuit which came to series creator Kazunori Yamauchi’s mind when we asked him at GamesCom 2010 which fictional Gran Turismo circuit he would most like to see brought to life:

Given the time, money, space and resources, which fantasy Gran Turismo track would you create in the real world? Kazunori was visibly awed by this question and spent nearly a minute thinking of an answer. “Deep Forest”, he said.

This may finally be his chance  – or the chance of some other wealthy fan of the series – to restore a fascinating old race track to its former glory, while bringing a significant piece of the Gran Turismo series to life.

Once again, all thanks to Joel Hadar for the photos and this fascinating discovery!

For more, check out this gallery by Chuck and Duncan Brandt, which includes a map showing where each image was captured along the circuit.