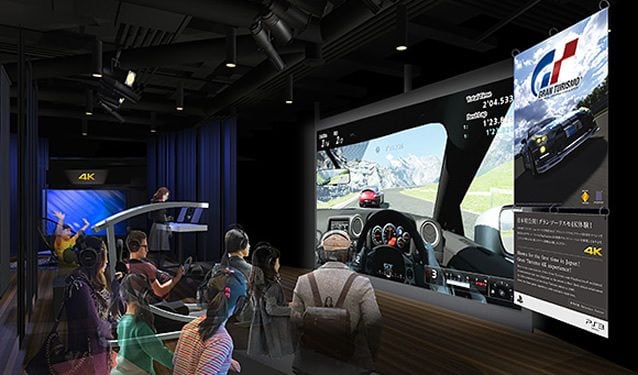 Polyphony Digital has announced they’ll be showing off a special version of Gran Turismo at Sony’s “Dramatic 4K Experience” in Japan. 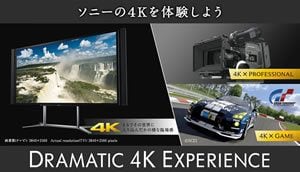 The game will be running at “4K resolution”, the new video standard which touts four times the 1920×1080 resolution of current HDTVs, and is powered by four PlayStation 3 consoles.

Sony and other electronics manufacturers are hoping the future video standard will drive new purchases from consumers, and the PlayStation 4 itself is widely expected to support the high resolution.

Astute Gran Turismo observers will recall this actually isn’t the first time Polyphony Digital has shown this technical demo of their game running at 4K; in 2008, at the DownShift 2008 session celebrating the series’ ten-year anniversary, a copy of GT5 Prologue was shown at 4x HD resolution, while another was running at 240 frames per second.

The “Dramatic 4K Experience” is open to the public and can be found in the “OPUS Communication Zone” at the Sony Building in Tokyo throughout the month of October.

4K ResolutionJapanPolyphony DigitalSony
The original comments for this post are no longer available.
Can You Beat the Impossible Gran Turismo Quiz?

Gran Turismo Sport 1648 Feb 17 by Andrew Evans
GT Sport‘s first World Tour event of the year is still fresh in our minds, but already it’s time to prepare for the next stage. The Pre-Season for 2020 FIA…