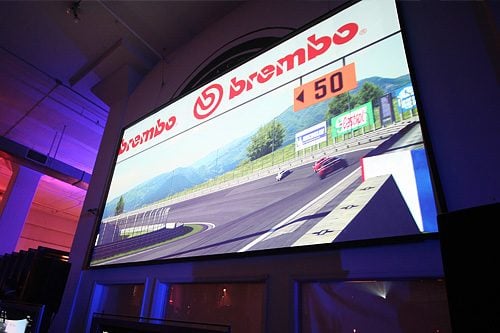 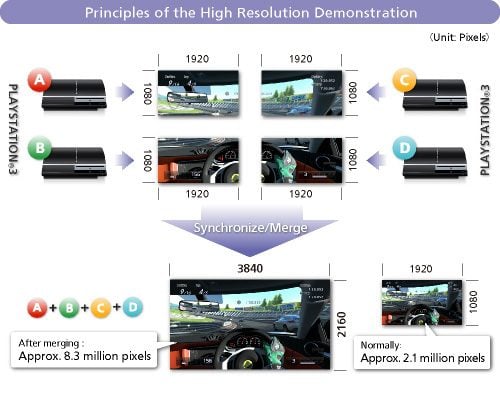 Polyphony Digital and Sony also showed off a copy of GT5 Prologue running at 240 FPS (Frames Per Second) on a television powered by new FED (Field Emissions Display) display technology.  Considering that high-end video games (like GT5 Prologue) run at no more than 60 FPS, it is difficult to imagine what 240 frames per second actually looks like, but it must be pretty impressive: 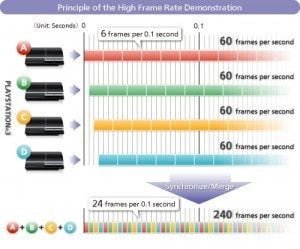 You can see the shocking difference of this high frame rate Gran Turismo immediately when you see the screen. It is as though you are following a real world event happening right in front of your face with your own eyes. Any and all flickering in the movement of the vehicle, in the smoke from the tires, etc. are completely gone, and you are almost tricked into believing you are watching something in real life. The guests at the event were baffled by the quality of the image, and stared in amazement at the screen.

It would be interesting to learn more about the software modifications that allowed the PS3 systems to communicate and synchronize with each other, but this is the extent of the technical detail provided by Polyphony Digital.  Regardless, the event was a great success, with plenty of artists, musicians, and celebrities in attendance (the Gran Turismo Edition Lotus Exige that we saw a few weeks back was also there!).  Read all the details at Polyphony’s website, or check out more photos from the event below.

Gran Turismo Sport 431 May 3 by Andrew Evans
There’s a new set of GT Sport Daily Races starting today, with three new events for players to get to grips with over the next seven days. Each of this…