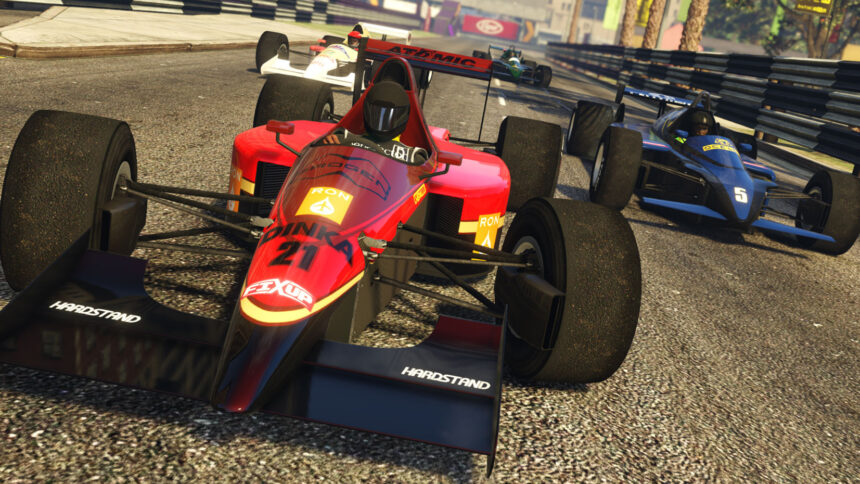 It’s fair to say that we don’t cover Grand Theft Auto much on GTPlanet. Although the name itself relates to cars, and — as racers at heart — we love driving, collecting, modifying, and racing the cars in the game, it doesn’t truly fall under our umbrella.

However, the latest expansion to the game’s online mode, also known as Grand Theft Auto Online, is something we can’t pass up. That’s because it brings the world of F1, and specifically classic 70s and 80s era F1 into the mix.

The Open Wheel Races series add-on features two new vehicles for the game, and sets out seven circuits dotted around the not-quite Californian home of the game. We presume you’ll also be able to drive them around the city streets too, because that’d be ridiculously illegal and that’s exactly the sort of thing you’re supposed to do in a GTA game. 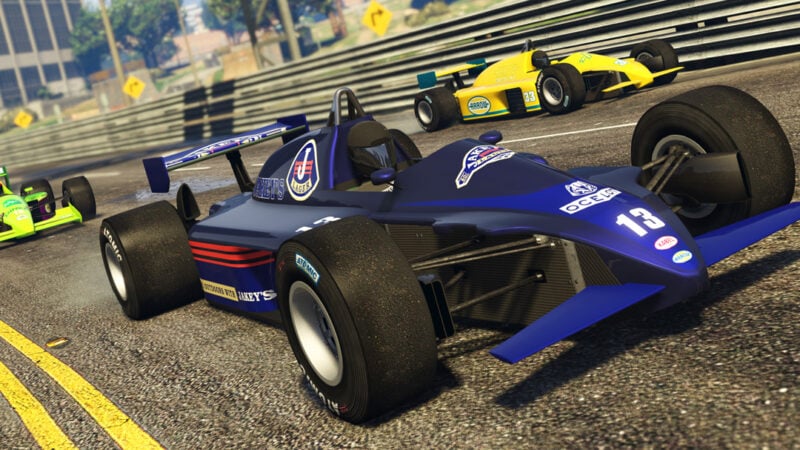 As is typical of the GTA series, the cars are pretty close to reality but not wholly real. The two new vehicles are the Progen PR4 and the Ocelot R88, and you can see their real life inspirations — not least in their in-game tobacco brand sponsorship colors.

With a giveaway white and red livery, the PR4 is clearly mimicking the incredibly successful 1988 McLaren MP4/4, which won 15 of 16 Grands Prix that season. The black and gold Ocelot is more akin to the Lotus 97T, although the front wing is more blade-like and missing its endplates. Interestingly, Ayrton Senna drove both cars.

Players will be able to modify their cars at Los Santos Customs, as with any other vehicle. There’s engine mods, tire options, new aerodynamic pieces, and a host of liveries too — many of which you may recognize as close to classic tobacco and alcohol-sponsor liveries.

The Open Wheel Races expansion is available now, and you can check it out on the video preview below.

Grand Theft Auto
28 Comments Discuss this post in our forums...
Test Your Badge Knowledge With Our Car Logo Quiz