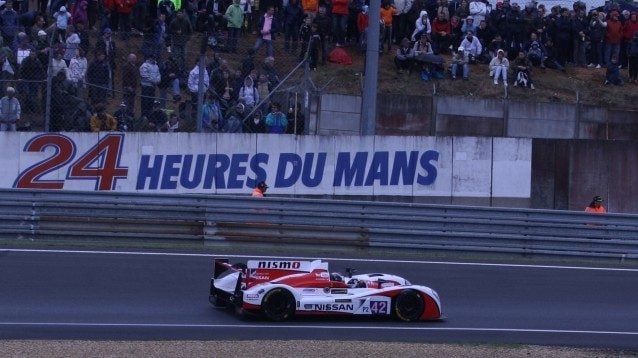 The Nismo Athletes on board the Greaves Motorsport Zytek-Nissan had nothing to be ashamed about. Completing a 24 hour race in a 4th place class finish after a night long battle for the podium with a first timer on board – and doing the lion’s share of the driving too – is well worth a round of applause. But this morning they find themselves with an unexpected trophy.

The maximum permitted fuel tank size in LMP2 is 75 litres and the #26 car has been found to be over this limit. While G-Drive boss Simon Dowson insists the infringement gave them no advantage and was beyond their control, pending any appeal this moves Jann, Lucas and Michael up to the final step of the LMP2 podium and 9th overall. 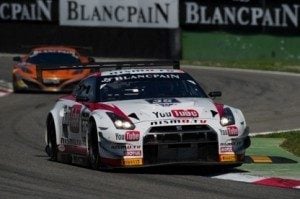 Fresh off this success, Jann continues to formula-hop as he finds himself in one of the two RJN Nismo GT-R GT3 seats for a round of the Blancpain Endurance Series next month – the Spa 24 hours.

Jann and Lucas will be sharing the first GT-R with Wolfgang Reip and Peter Pyzera, while the second will be driven by Alex Buncombe, Mark Shulzhitskiy and Steve “Dan Mitchell” Doherty – following a request from the BES organisers to split Lucas and Alex into different cars. The prodigious pace of both drivers has seen them tear up the grid in both qualifying and race conditions, with speed beyond cars in the leading full pro category.

The fourth driver of the Buncombe-Shulzhitskiy-Doherty car for Spa will be yet another Buncombe – Alex’s older brother Chris. Chris is no stranger to 24 hour racing himself, racing a Corvette at the Spa 24h six years ago and winning LMP2 at Le Mans the same year. 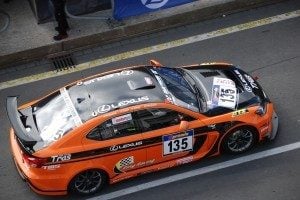 Meanwhile the story isn’t over for at least one former GT Academy winner. 2010’s champion Jordan Tresson may not be amongst the Nismo Athletes any more, but he’s still racing and still connected to Gran Turismo.

Andrew Evans · Jun 28, 2013· Comments
Formula One has confirmed that 2023 World Championship will run over a record 23 events, with racing to resume on the weekend of March 5.

Andrew Evans · Jun 28, 2013· Comments
The most famous 24-hour race in the world is back, for its 90th running, just 10 months on from its last event as it returns to its normal spot on the calendar.

Andrew Evans · Jun 28, 2013· Comments
Netflix has confirmed that Drive to Survive, its fly-on-the-wall docu-drama series following the world of Formula One behind the scenes, will return to the streaming service on March 11.

Andrew Evans · Jun 28, 2013· Comments
GT Academy champion and Bathurst 12 Hour winner Wolfgang Reip has spoken for the first time about his battle with a debilitating hearing disorder, as he seeks to raise funds for research into the condition.

Andrew Evans · Jun 28, 2013· Comments
Venture capital concern ROKiT has teamed up with Sector3 Studios, developer of the RaceRoom Racing Experience sim, to create a new esports competition for teenagers with a very special prize: a season-long contract to race in Formula 4.

Andrew Evans · Jun 28, 2013· Comments
Newly crowned Formula One World Champion Max Verstappen has spoken of his love for sim racing during an interview with ex-F1 driver David Coulthard for CarNext.com.