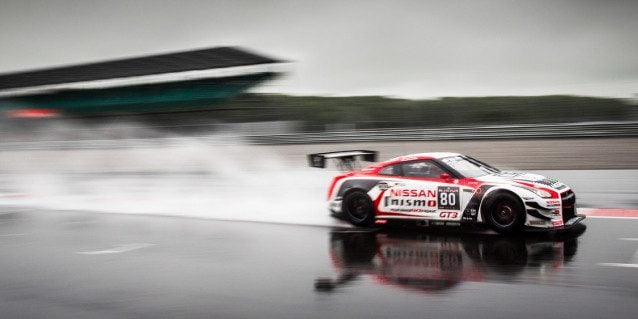 Over the next six weeks, 12 Nismo Athletes will be taking part in 18 events – including 2 24 hour races – in 11 countries in GT Academy’s most ambitious summer of racing to date.

Termed #eatsleepRACErepeat by the press office, the racing starts this weekend as US champions Steve Doherty and Bryan Heitkotter take on Lime Rock Park in the IMSA Continental Tires Sportscar Challenge. Their race in the #34 Skullcandy Nissan Altima gets underway on Saturday at 2100 GMT/UTC, and they’ve been assigned pitbox 23 – Nissan’s lucky number! You can follow them via the IMSA website’s live timing and US viewers with the FOX Sports network have the option of watching the race too. 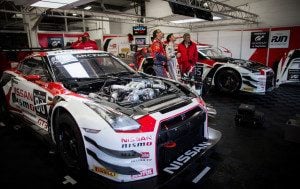 Moving across to Europe, the four 2013 winners will all take to the track in the second round of the Blancpain Endurance Series. The first round had mixed results for the two GT-Rs, with the #80 of Buncombe, McMillen and Strauss suffering a qualifying setback but coming through for a class 5th place, while the #35 qualified well in the hands of Chiyo, Faisca and stand-in Shulzhitskiy but first corner contact saw them fail to finish the race.

With Stanislav Aksenov now permitted to race, he takes over from Mark in the very soggy Silverstone conditions. With the practice sessions totally washed out, race qualifying on Sunday (0800 GMT/UTC) will be an interesting first chance to drive the circuit before being thrust straight into the race at 13.55 GMT/UTC. Live timing for the sessions will be available on the BES website.

There’s no rest for the Athletes though, as the end of May sees both the Le Mans test day – with Mardenborough, Shulzhitskiy and Reip in action – and the next round of Super GT from Autopolis where Lucas Ordoñez races in GT300 with Kazuki Hoshino.

Head into GTPlanet’s Motorsports forum for more discussion on the series and the Academy winners.