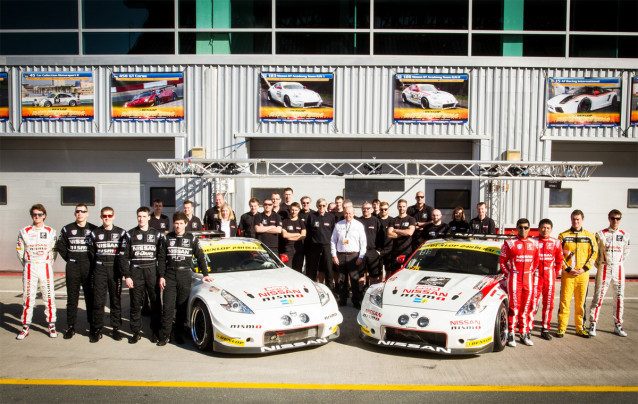 It’s been the baptism of every GT Academy winner so far and the 2013 winners have got their careers off to a flyer in the 2014 Dubai 24 Hours.

In what passes for a trouble-free 24 hour race, the #123 Nismo 370Z of the very newest graduates has taken a clear class victory – by a massive 25 laps. 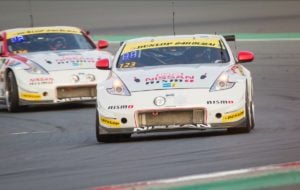 The notorious desert air took its toll though, as reliability woes hit the #126. Lengthy stops  for gearbox and suspension faults throughout the race putting them 73 laps behind their teammates – but they still netted third place in class to put all the GT Academy drivers on the SP2 podium.

While GT Academy’s previous results at Dubai have always been laudable, the class victory by four drivers with just 3 months of training and club circuit experience over a field packed with world champions is nothing short of phenomenal, boding well for what’s sure to be another packed season of motorsports. In 2013, GT Academy drivers secured 41 podium finishes between them – proving the value of the program to sceptical independent observers. With 2014 one race down and two podium finishes already in the record books, it should be a belter.