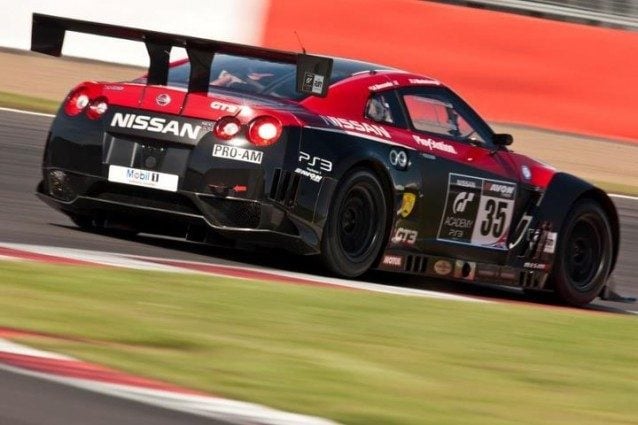 In 2012 Jann Mardenborough became the first GT Academy winner to drive in British GT. After a season long assault on the title, including a momentous win at Brands Hatch, his RJN Motorsport GT-R GT3 came within half an hour of the championship only to be denied by the reliability of the brand new car. But the team have been denied entry of two RJN cars for 2013 because Academy drivers are too fast. 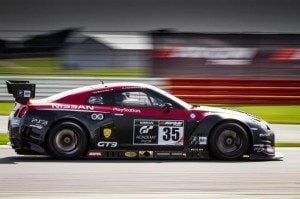 Like many other GT series worldwide British GT employs a pro-am format, where an experienced racing professional (in the case of GT Academy, Alex Buncombe) is paired with a “gentleman” driver, who is expected to be the slower of the two. The GT Academy drivers’ lack of racing experience ensure they qualify for the gentleman driver bracket, but Jann’s pace put him on a par with the professionals of the series – meaning the GT-R was subject to a time penalty every race to allow the others to catch up!

Faced with two of this year’s four graduates coming at them in a pair of cars and potential for yet more confusion this year, the Stéphane Ratel Organisation – promoters of British GT – have refused the team’s application. The manager of the series, Benjamin Franassovici, said:

[GT Academy] has shown itself to be a great way to source raw talent and turn that into real racing talent as we saw in British GT last year with Jann Mardenborough. However Nissan’s ability to find such amazing raw talent means that we cannot accept their full season entry for British GT in 2013. Their new recruits have very little racing experience so they have to be on the lowest performance grade. Their talent, going on Jann’s speed last year, doesn’t reflect this lack of experience so it is not fair to put them up against our Pro/Gentleman grid, the basis of British GT3.

Though Nissan have hinted at an invitational appearance during the season, it means the four graduates will not be racing in the UK’s top GT series in 2013. It’s likely their calendars (along with previous graduates’) will be announced when Nissan formalise their 2013 schedule at new Nismo headquarters opening in Yokohama on 26th February.