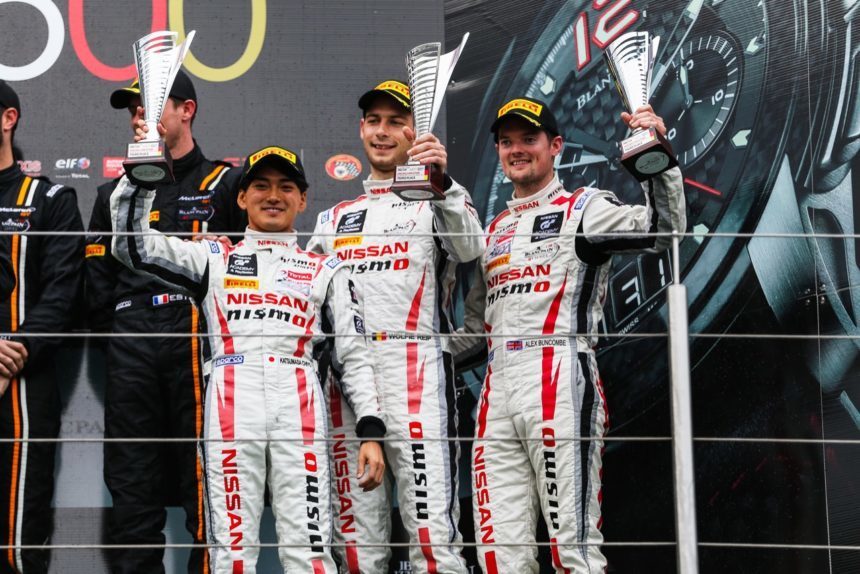 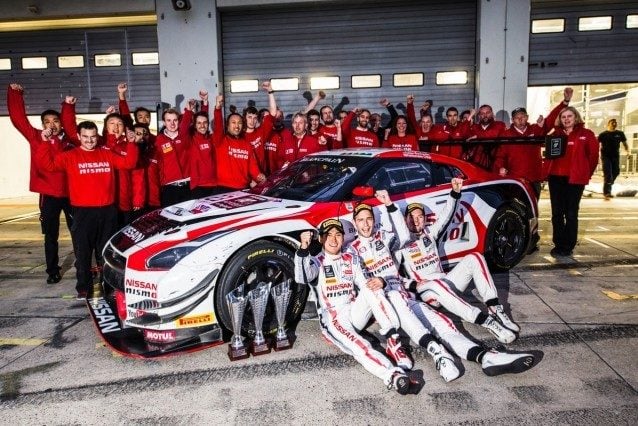 The #23 Nissan GT-R NISMO GT3 line-up of Alex Buncombe (GB), Katsumasa Chiyo (JAP) and Wolfgang Reip (BEL) has won the Blancpain Endurance PRO Driver’s Championship. Third place in a nail-biting, season-closing race at the Nürburgring in Germany sealed the title win for Nissan after a season of hard racing in what is accepted to be the biggest GT championship in the world.

Nissan has previously taken the GT4 European title and more recently the Blancpain Endurance PRO AM title. This year is the Nissan GT Academy Team RJN’s first attempt at the PRO title, so it is a huge accomplishment to win in its debut PRO season.

The Nissan drivers set themselves up for a good race when Buncombe took second overall in qualifying, bagging a front row starting spot for the #23 GT-R. Gaetan Paletou (FRA) then continued the great form he has shown at the Nürburgring, taking the PRO AM pole position, which was eighth place on the overall grid. 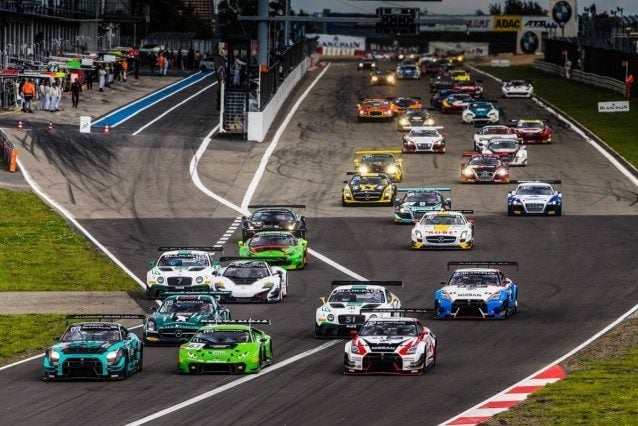 When the lights went green, it was the #173 Always Evolving Nissan GT-R of Craig Dolby that dived to the inside to take the race lead. Chiyo took the outside line from his side of the grid and came out in fourth place despite a shove from one of the Bentleys. By the end of lap one, the #23 car was in fourth with Tincknell in 10th place in the sister #22 GT-R.

Chiyo managed to slip into third place after a few minutes and set off after the second placed Lamborghini, but despite his best efforts there was no way through. When the Lamborghini pitted just before the one-hour mark, Chiyo was into clear air and he soon began to pull away from the Mercedes behind him. 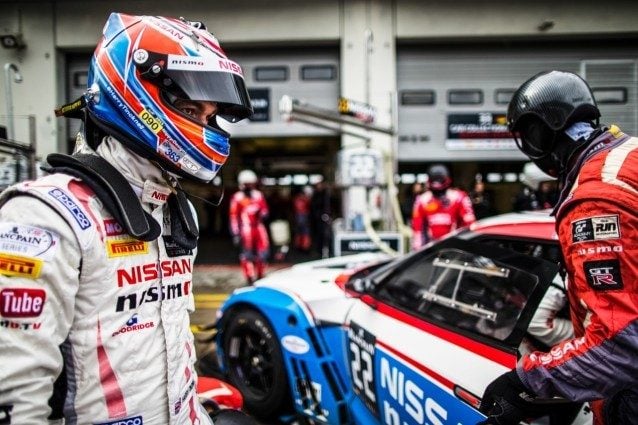 Unfortunately for Harry Tincknell, the #22 GT-R didn’t make it to the one-hour mark after falling foul of a throttle problem, the end result of which saw the car being pitched into the pit wall by a following Ferrari.  This also meant that 2014 GT Academy winners, Gaetan Paletou (FRA) and Ricardo Sanchez (MEX), didn’t get to race today.

“It’s a massive shame as I was really enjoying my GT debut,” said Tincknell. “I only drove the car for the first time yesterday so it was great to finally have a good run in the car, and I was enjoying running at the same pace as the leaders.  I haven’t had a crash for about two years, so hitting the pit wall was a bit of an eye-opener. Both Gaetan and Ricardo were super fast this weekend and we had the pace to win the PRO AM class today, but it just wasn’t our day.” 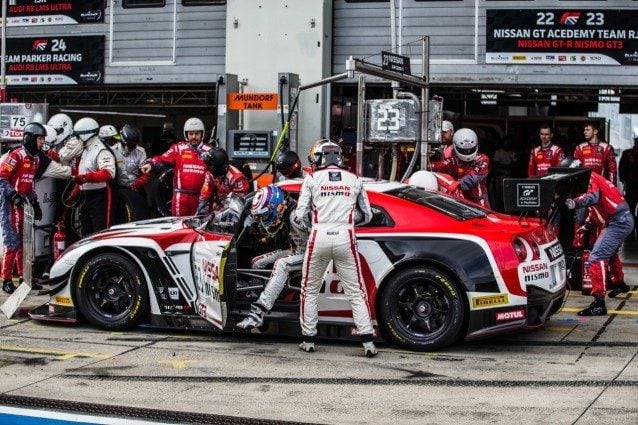 Back in the PRO class, Chiyo pitted just after one-hour to hand over to 2012 GT Academy winner, Wolfgang Reip. A slick pitstop by the RJN crew got “Wolfie” out in the lead, which he held onto throughout his run with an assured and confident drive. 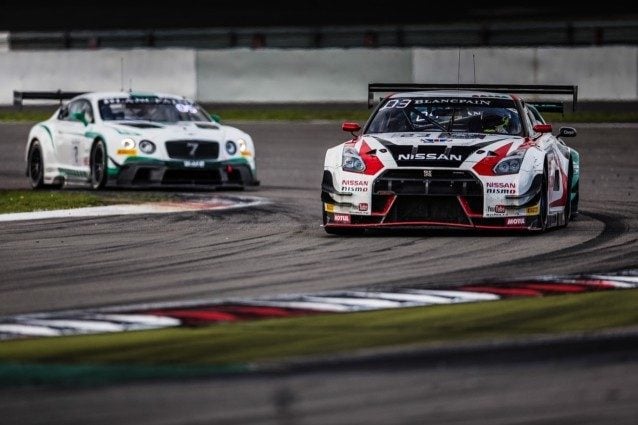 All that remained was for Alex Buncombe to jump in for the final stint and take the GT-R to the checkered flag. It wasn’t that simple though as Buncombe left the pits with the #7 Bentley – that was also in contention for the championship – filling his rear view mirror. The next hour lasted an eternity for Nissan, as the team watched Buncombe hold off the advances of Bentley’s Steven Kane.  He managed to get through just a few laps before the end, but for Bentley to take the title from Nissan they would have had to catch and pass the race-winning McLaren that was already a long way up the road.

An emotional Alex Buncombe crossed the line at the end of the three-hour race in third place and as champion. 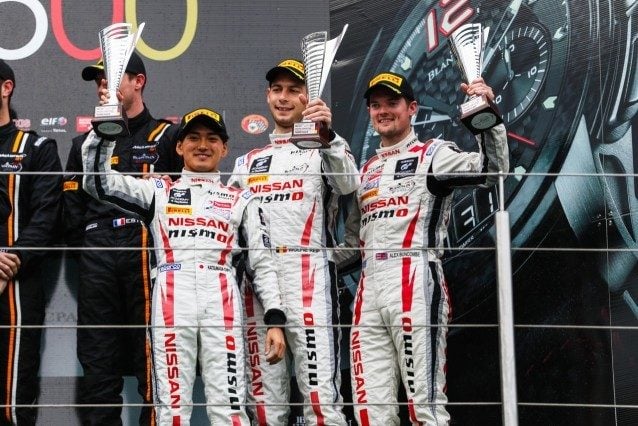 “I thought that I had to keep the Bentley behind me, so I didn’t know we had won the title,” said Buncombe. “It feels unbelievable to win. I’ve worked very hard over the years with Nissan and RJN to get to this point, and I have to say that it’s probably the best day of my life – apart from the day my son was born! It was definitely the hardest stint of my life. It was full pressure from the word go. It was tough to keep the Bentley behind for all of that time, and then I had to do the same with the #1 Audi. That was as close as it gets, and I couldn’t be happier with the result.” 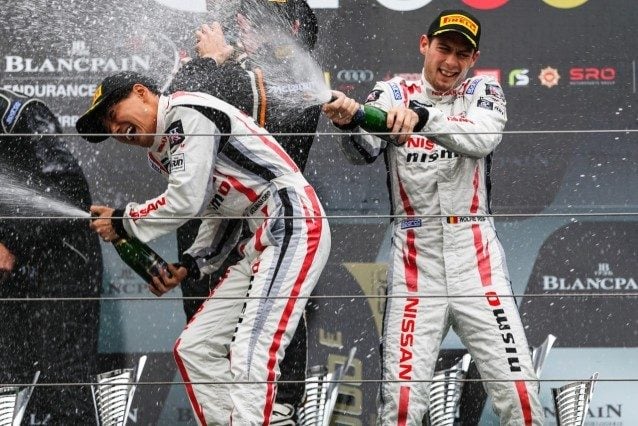 Darren Cox, Global Head of Brand, Marketing & Sales, NISMO said he is extremely proud of everyone involved in this truly global effort with drivers, engineers, mechanics, coming together from all over the world.

“This championship is the culmination of many years of strong partnership between everyone at Nissan, NISMO, GT Academy and RJN,” said Cox. “We have all stuck together through some big successes and some disappointments and have just got stronger as a group over the years.”

Blancpain Endurance SeriesNismoNissan GT-RNurburgringWolfgang Reip
The original comments for this post are no longer available.
Can You Beat the Impossible Gran Turismo Quiz?

FIA WEC 27 Feb 19 by Andrew Evans
If you were looking forward to watching Aston Martin’s Valkyrie compete in next season’s World Endurance Championship, including Le Mans, we’ve got some bad news for you. As of today,…