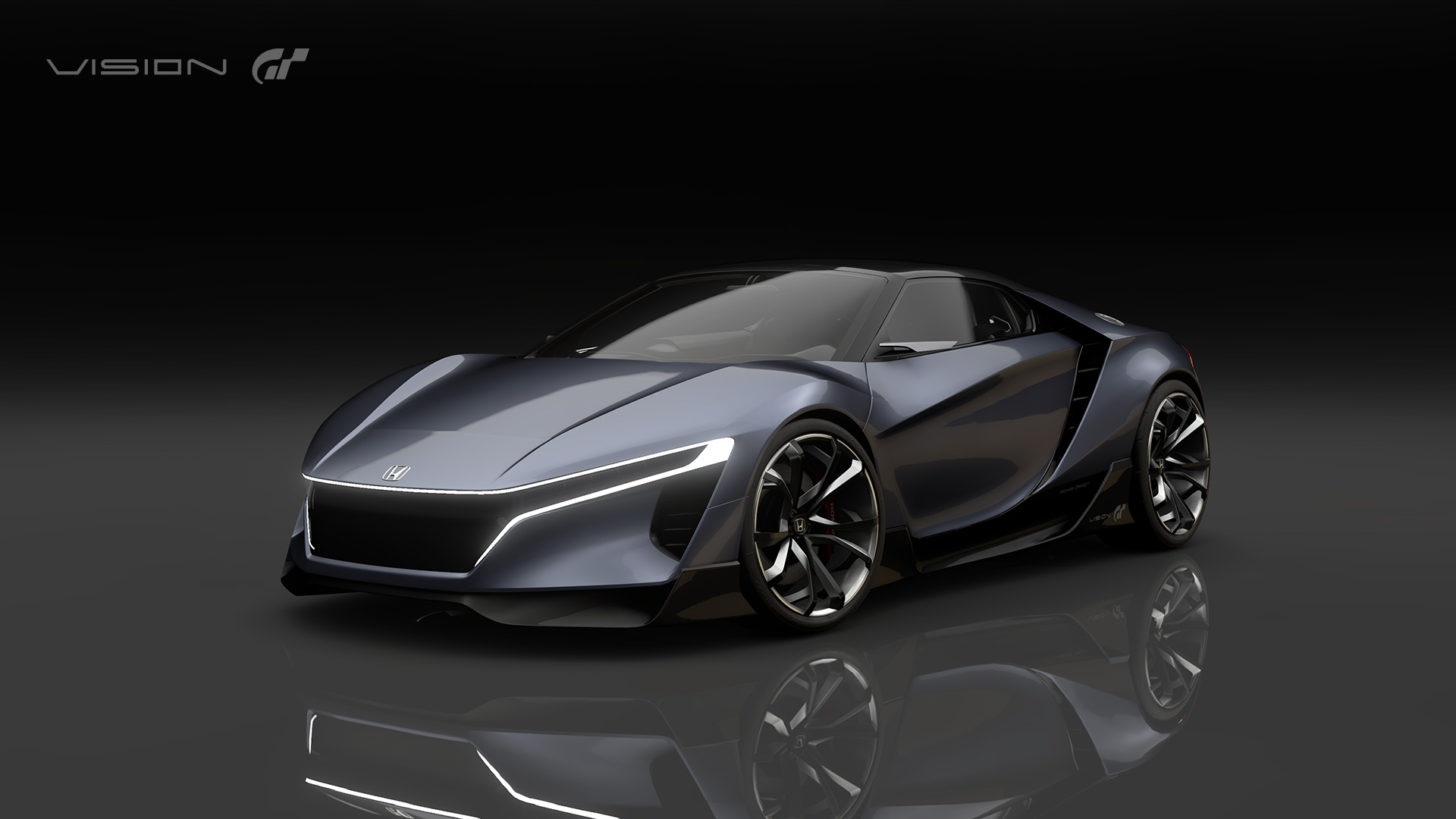 The current Honda NSX is a very impressive car. However, it also carries an equally impressive price tag which is out of the reach for most buyers. With the latest Vision GT offering from Honda however, we might have caught a glimpse of what can only be a baby NSX.

With a 2.0L four-pot in the middle, the Honda Vision GT is good for 404hp at 7,500rpm. This revvy little engine harkens back to the days of the S2000 that let you redline it for days.

The VGT comes without any of techno-witchcraft that makes the NSX such an awesome car. Instead, the car uses a refreshingly simple standard engine and 8-speed double-clutch transmission.

To cut down on weight, Honda liberally used virtual carbon fiber everywhere it could. When occupant safety or government regulations don’t need to be considered, it’s amazing the amount of weight that can be shed. Tipping the scales at just at 1,980lb the Honda VGT is light — nearly 100lb less than the already featherweight Lotus Elise.

For the design of the Honda contribution to the Vision GT program, the company held a design contest across all its teams. With fierce competitions from all corners of the globe, the winner ultimately came from a team in Los Angeles, California. 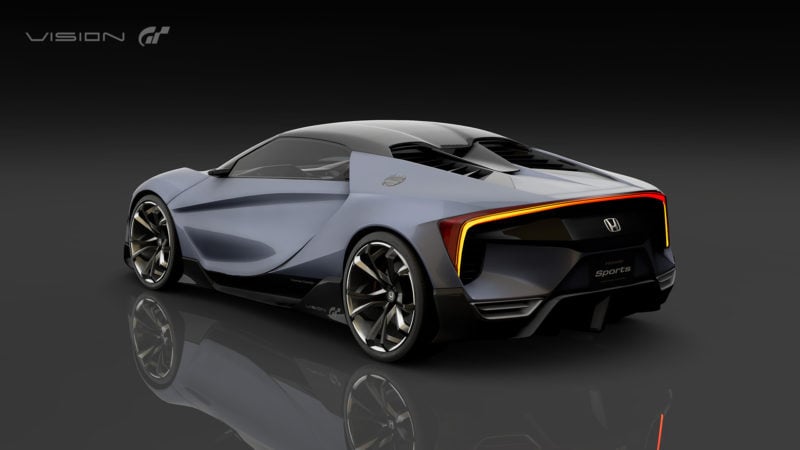 The VGT used the Honda design method of “Human Centered Design”. This philosophy focuses on making the car appealing and incredibly good to drive. While it seems weird that your Gran Turismo avatar needs anything centered around it, we can’t fault the design.

After the selection of the design Honda designers and engineers from several countries went to work.

To ensure the car was race-ready for the rigors of Gran Turismo Sport, the team even put a model of the car in a wind tunnel. From there it refined the aerodynamics to make it as optimum as it could.

With all the work put in between the teams across all of the Honda design houses, it’s surprisingly it’s only a digital concept. However, some patents filed back in July of this year suggest it might be more than just that.

The patent filed with the European Union Intellectual Property Office shares some striking similarities to the VGT concept.

Hopefully, the Vision GT is a proof of concept from Honda and there are some good things on the way. Ever since the sad death of the S2000 in 2009 left a hole in the Honda line up, the segment’s been craving a new addition.

Only time will tell, but we have our fingers crossed for sure!

In the meantime, fire up Gran Turismo Sport and take the Honda Vision GT for a spin. Once you’ve had a chance to give it a proper shakedown feel free to leave your thoughts on the forum.

Andrew Evans · Nov 10, 2017· Comments
Michelin, official Tire Supplier and Technical Partner of Gran Turismo, is staging a special online competition for players in south-east Asia and Oceania, with an all-expenses paid experience at Yas Marina, Abu Dhabi, for the winner.

Andrew Evans · Nov 10, 2017· Comments
A new set of Gran Turismo Sport Daily Races is now available, with the unannounced change to a four-weekly cycle now seemingly the standard from this point forward.

Andrew Evans · Nov 10, 2017· Comments
Following on four weeks from the last set, a new set of Daily Races is now available in Gran Turismo Sport as players get used to the new scheduling for the 2017 title.

Andrew Evans · Nov 10, 2017· Comments
For the first time in nearly a month, there’s a new set of Daily Races in Gran Turismo Sport for players to enjoy for the foreseeable future.

Andrew Evans · Nov 10, 2017· Comments
It’s the inevitable fate of any game that, once it is succeeded, it will eventually wither away as support is withdrawn. While this process usually takes months at a minimum, GT Sport seems as if it could be sidelined in record time.

Andrew Evans · Nov 10, 2017· Comments
Despite being superseded by Gran Turismo 7, GT Sport’s Daily Races seem to be continuing on their weekly cycle — for the time being at least.

Andrew Evans · Nov 10, 2017· Comments
Although Gran Turismo 7 is now out, GT Sport shows no signs of slowing down any time soon, with a new set of Daily Races now available to players.