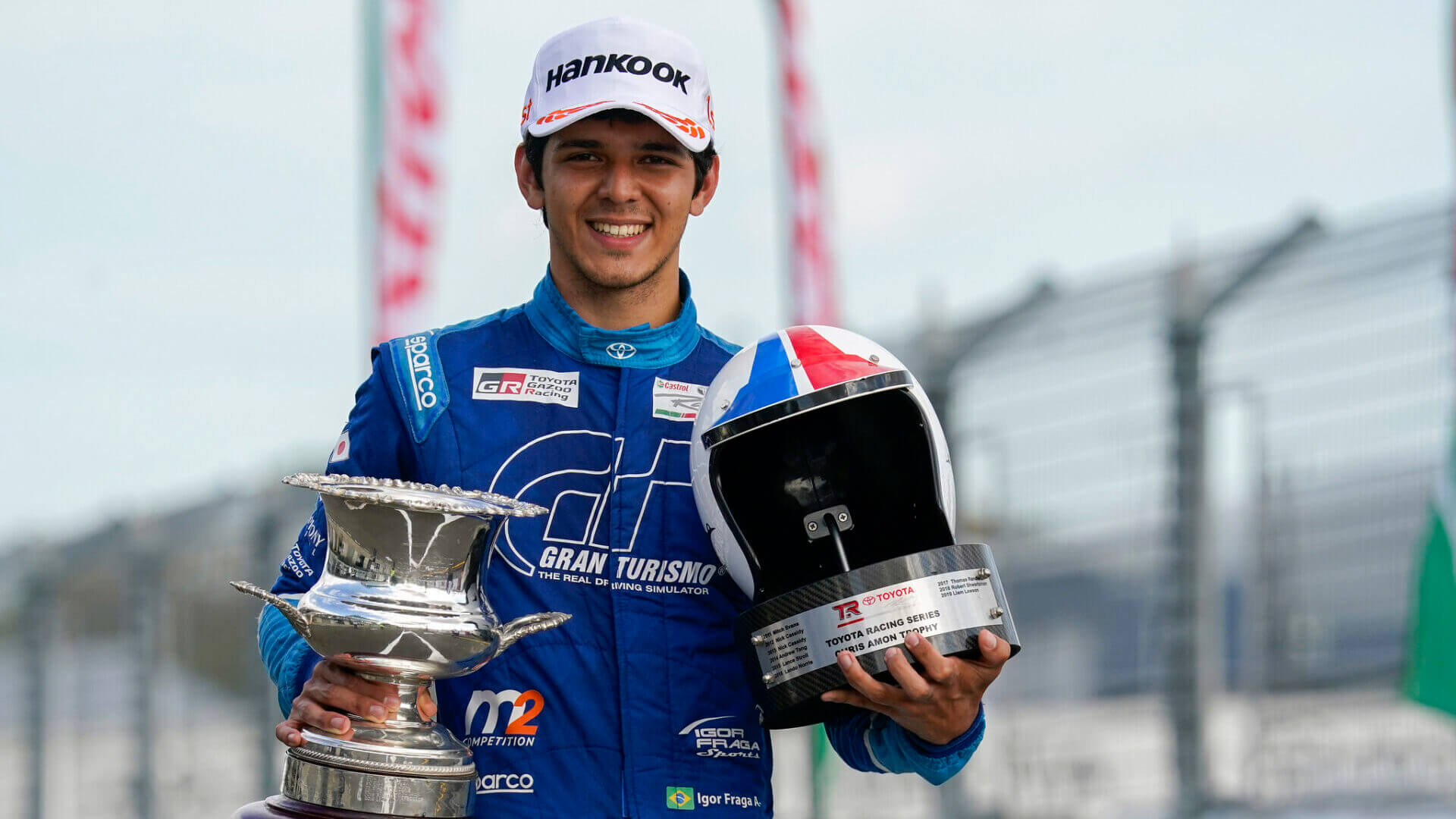 Fraga entered the weekend’s races at Manfeild Park second in the table, eight points behind his team-mate and defending champion Liam Lawson. However it was another South American driver, Franco Colapinto, who set the pace at first. Colapinto took the race one pole position, by almost two-tenths from Fraga. Crucially, Lawson placed fourth, with Spike Kohlbecker between the championship rivals.

Races aren’t won on Friday though, and when the lights went out Fraga and Lawson made the best starts to sweep into turn one in first and second. The duo were practically inseparable before a crash involving Henning Enqvist and Emilien Denner — who seemed to simply not see the Swede alongside him — brought out the red flag. Come the restart, Fraga began to bang in fastest lap after fastest lap and built a 1.6s advantage that he kept to the checkered flag.

That put him in the worst possible starting position — eighth — for the reverse grid race two, and things nearly got worse as Fraga and Lawson collided off the grid. Somehow Fraga came out just ahead of the New Zealander, and the battle resumed.

Lawson didn’t seem to have quite enough in his locker to make the pass, despite a number of attempts and getting right alongside the Brazilian at times, but Fraga’s elbows were out. On the other side of the coin, every time Fraga made up a place, Lawson followed him right on through and remained a menacing vision in his mirrors. That lasted until Fraga passed countryman Caio Collet for fourth — an overtake which lasted for almost the whole of lap 8. With clear air, Fraga was able to build a huge gap to Lawson.

Tijmen van der Helm — who was too young to race in the first two rounds of the championship — won the race from Colapinto, to make it eight winners from 14 races. For the championship picture though, Lawson now lead Fraga by just two points. That meant that whichever driver finished ahead in the final race, the New Zealand Grand Prix, would likely win the title, and certainly if both were top four.

For that, Fraga held the initial advantage having taken pole position earlier in the day, and immediately built a second’s advantage until a safety car cause by Enqvist’s solo accident. It was the first of three SC periods in the 35-lap race, and each time Fraga would build a healthy lead before seeing it wiped out again.

However, the stage was set, and at the third restart he stretched out a 1.5s advantage. With five laps to go, Lawson hit the rev limiter on the run down to the Dunlop Curve which hurt his straight line speed and let Colapinto past. Fraga didn’t let up and took the checkered flag by over two seconds.

That result saw Fraga take the title by six points, winning three trophies all in one go: the New Zealand Grand Prix Trophy; the International Driver’s Champion Trophy; and, most importantly, the Chris Amon Trophy. He’s also the first South American to win the championship.

“I would like to thank everyone who has been supporting me. Obviously my parents who’ve been together with me since I was a little kid. All the Gran Turismo family — they are now in Sydney all watching — they have been supporting me so much!”

Along with the championship title, Fraga has also won seven points towards his Super Licence, required to compete in Formula 1. He’ll be moving on to FIA Formula Three this summer with Charouz Racing System, where he’ll resume his rivalry with Liam Lawson as they hope to move further up the open-wheel motorsport pyramid.

Comments
Click here to see the related discussion our forums...
-->