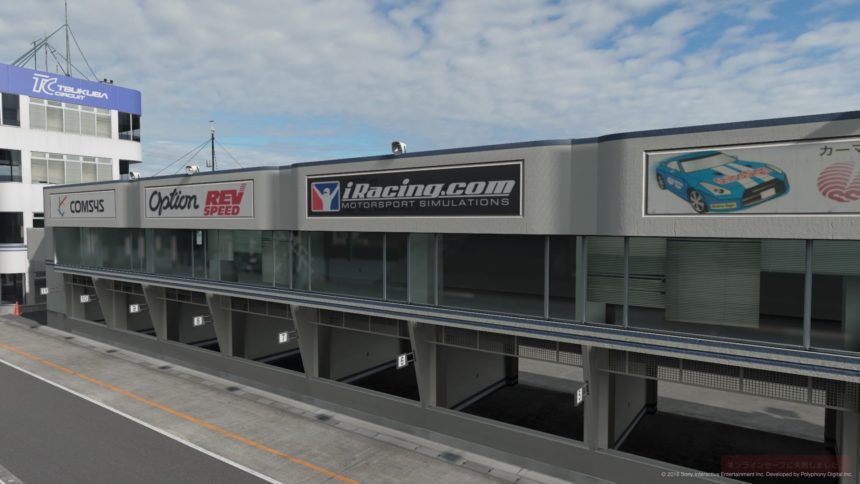 Now that’s certainly unexpected. The latest GT Sport update brought Tsukuba to the party, and with it, a subtle ad… for another sim racer.

It didn’t take long for one eagle-eyed GT player to spot the banner, which is found in the pit lane at Tsukuba:

It’s a nice touch: iRacing and GT Sport are similar in many ways, especially in terms of driver penalty systems. Plus, if a competitor’s ads and logos are on a track, it’s technically more realistic to include them than to not, right?

What’s very strange is that Tsukuba isn’t actually in iRacing. The team announced plans to include it way back in 2010, but it never materialized. The most recent hint of it that we found was this 2012 tweet from executive VP Steve Myers.

GT Sport Game Updates
55 Comments Discuss this post in our forums...
Can You Beat the Impossible Gran Turismo Quiz?

Gran Turismo Sport 31 Feb 18 by Andrew Evans
Polyphony Digital boss Kazunori Yamauchi has revealed some interesting facts about the relationships between Gran Turismo and the car manufacturers who appear in the series. Speaking to Australian media in…