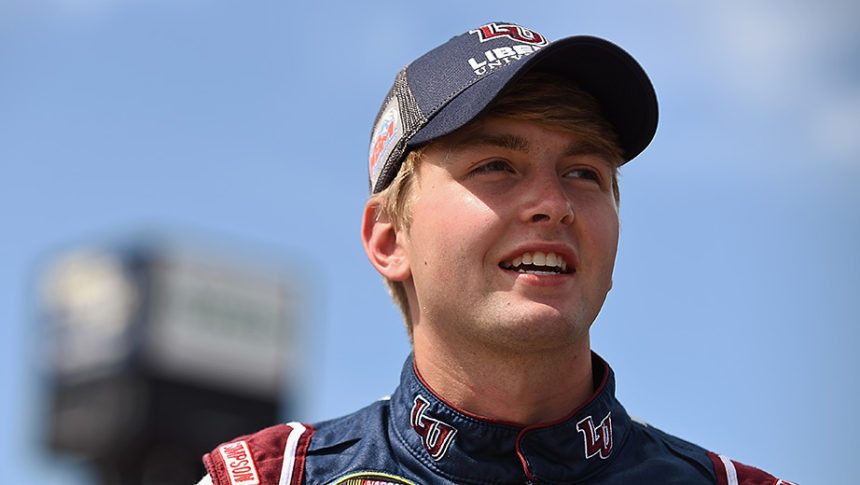 William Byron has secured a drive with Hendrick Motorsports for the 2018 season. The news comes from an official report posted on the official NASCAR website. Byron is the latest in a host of sim racers getting top tier drivers in motorsport.

‘His Character is Unbelievable’

Owner of the team, Rick Hendrick, has described Byron in a glowing light. He has no doubt the driver has the talent but more than anything, Byron’s attitude has set him apart from the rest:

He spends all of his time either studying or iRacing or in a simulator or in a race car. His rapid rate of success has just blown us all away.

Hendrick isn’t exaggerating when he describes the young star as having a fast career trajectory. Taking the NASCAR K&N Pro Series East title in 2015, Byron followed it up a year later with seven wins in the Camping World Truck Series. Unsurprisingly, this performance netted him Rookie of The Year status within the series. The prestige on-track all started with iRacing, six years ago.

Byron is a known enthusiast of the sim and its believed this is where his career actually started. Racking up 100 wins throughout his sim racing tenure, the complexity of iRacing prepared him for the jump to real racing. A combination of determination and training within the sim has set Byron up as one of the hottest prospects in NASCAR. He wasn’t always naturally gifted at the title though, as a telling tweet from Landon Cassil shows. Moral of the story? Don’t give up hope in making the jump from virtual to reality, you can always improve.

You never know where a racer can get his start. Check out this YouTube comment from an @iRacing event I hosted 6 years ago. ?@WilliamByron pic.twitter.com/3SkN5chG0k

The rookie will drive the Hendricks Motorsport No. 5 in the 2018 season.  Byron will be actively trying to make his mark right from the off next year. At a staggering 19 years old, the driver is proof that even at a young age in-depth sims like iRacing can prep the drivers of the future. Programs like McLaren’s ongoing World’s Fastest Gamer and GT Academy can only facilitate this link going forward. We wish Byron and Hendrick Motorsports all the best for the upcoming season.

NASCAR
3 Comments Discuss this post in our forums...
Can You Beat the Impossible Gran Turismo Quiz?

Gran Turismo 7 61 Feb 17 by Andrew Evans
Kazunori Yamauchi has made some interesting comments about the future direction of Gran Turismo’s graphics. The Polyphony Digital studio boss has suggested that frame rate, rather than display resolution, may…

Gran Turismo Sport 491 Feb 17 by Andrew Evans
This week’s GT Sport Daily Races will take you to some tight and twisty real world circuits, in the UK and Japan. The UK’s representative is Brands Hatch for Race…

Gran Turismo Sport 182 Feb 15 by Andrew Evans
Polyphony Digital has revealed another new car on its way to GT Sport soon, and it’s a vehicle with quite some history. Aston Martin’s DBR9, a GT1-class race car that…