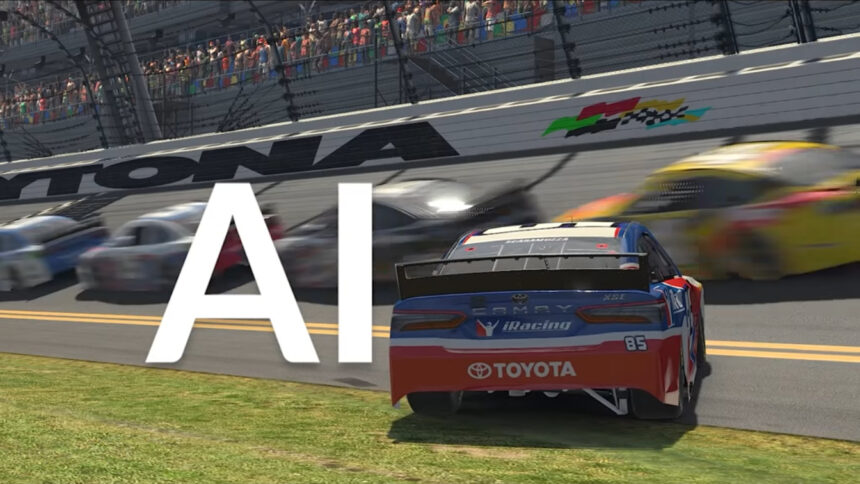 Last year saw the soft-launch of the highly-anticipated AI feature in iRacing. At the time, only the Porsche 911 GT3 and a selection of circuits were able to show the feature off. Following that, Skip Barber and the Mazda MX-5 series also got a chance to use the competent AI in the PC racing sim.

Now the iRacing Motorsports Simulation team has confirmed the AI soft-launch will welcome another series: NASCAR. Oval racing fans will take a particular shining to this announcement, as from tomorrow, February 4, they’ll be able to race against the highly customizable AI.

Players can go toe-to-toe with the artificial drivers on two circuits: Daytona International Speedway and Talladega Superspeedway. For those that can’t wait to see what’s in store for them tomorrow, the team has uploaded a video to the iRacing YouTube channel.

The immediate takeaway is how composed and well-mannered the AI looks. It doesn’t appear like the AI will force players off their line, or even cause a collision. Instead, it’s an amazing display of close racing — and what better candidate for close, chaotic racing than NASCAR?

At around 30 seconds in, we get to see how the AI behaves in an incident, as a Toyota Camry stops at the double yellow lines and waits for all cars to go by before rejoining. If that weren’t enough, the video shows off a human racing against the AI, and it continues to look impressive.

There’s no word yet on what other events and series will see the iRacing AI cars, or how far the expansion will go, but we’ll bring you more as we get it.

iRacing Game Updates
0 Comments Discuss this post in our forums...
Can You Beat the Impossible Gran Turismo Quiz?

Gran Turismo Sport 122 Feb 23 by Michael Leary
Last month, GT Sport players went without any new content. While Updates 1.54 and 1.55 made way in January, both focused on bug fixes and system tweaks. The last major update…

Gran Turismo Sport 1771 Feb 17 by Andrew Evans
GT Sport‘s first World Tour event of the year is still fresh in our minds, but already it’s time to prepare for the next stage. The Pre-Season for 2020 FIA…