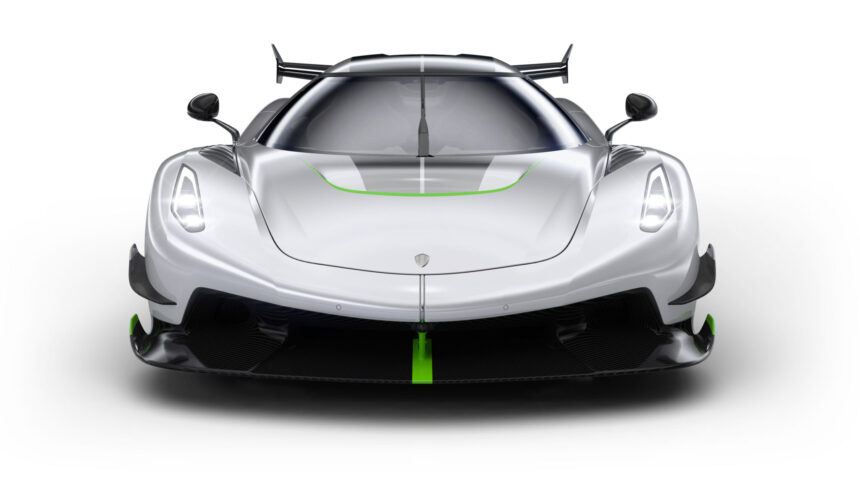 Koenigsegg Jesko Coming to the Next Forza Title?

It looks like Koenigsegg’s latest and greatest, the Jesko, is set to feature in the next Forza title.

The good news comes courtesy of Turn 10 Creative Director Dan Greenawalt’s Twitter. The Tweet itself cuts straight to the point, saying “Welcome to Turn 10”. This heavily implies the team has its sights set on debuting the monster of a machine in Forza.

We’re willing to bet the Jesko will serve as the hero car for the next full-featured release. After all, the team has transitioned its weight to the next project, likely Forza Motorsport 8.

The Koenigsegg Jesko debuted to the world at this year’s Geneva Motor Show. Named after Christian von Koenigsegg’s father, it succeeds the Agera RS in the Swedish automaker’s lineup. With a re-designed 5.0-liter twin-turbo V8, it makes do with 1,280hp on standard fuel, and a thundering 1,600hp on E85 biofuel.

Even more interesting is Koenigsegg’s top speed target of 300mph. It’s not exactly a tall order considering the Agera RS currently holds the top speed record at 277mph. The extra 23mph will likely need a very long stretch of road.

Of course, nothing is official at the moment so take things with a grain of salt. With that in mind, we couldn’t be more excited for what’s coming up and, remember, E3 kicks off next week Tuesday, June 11…