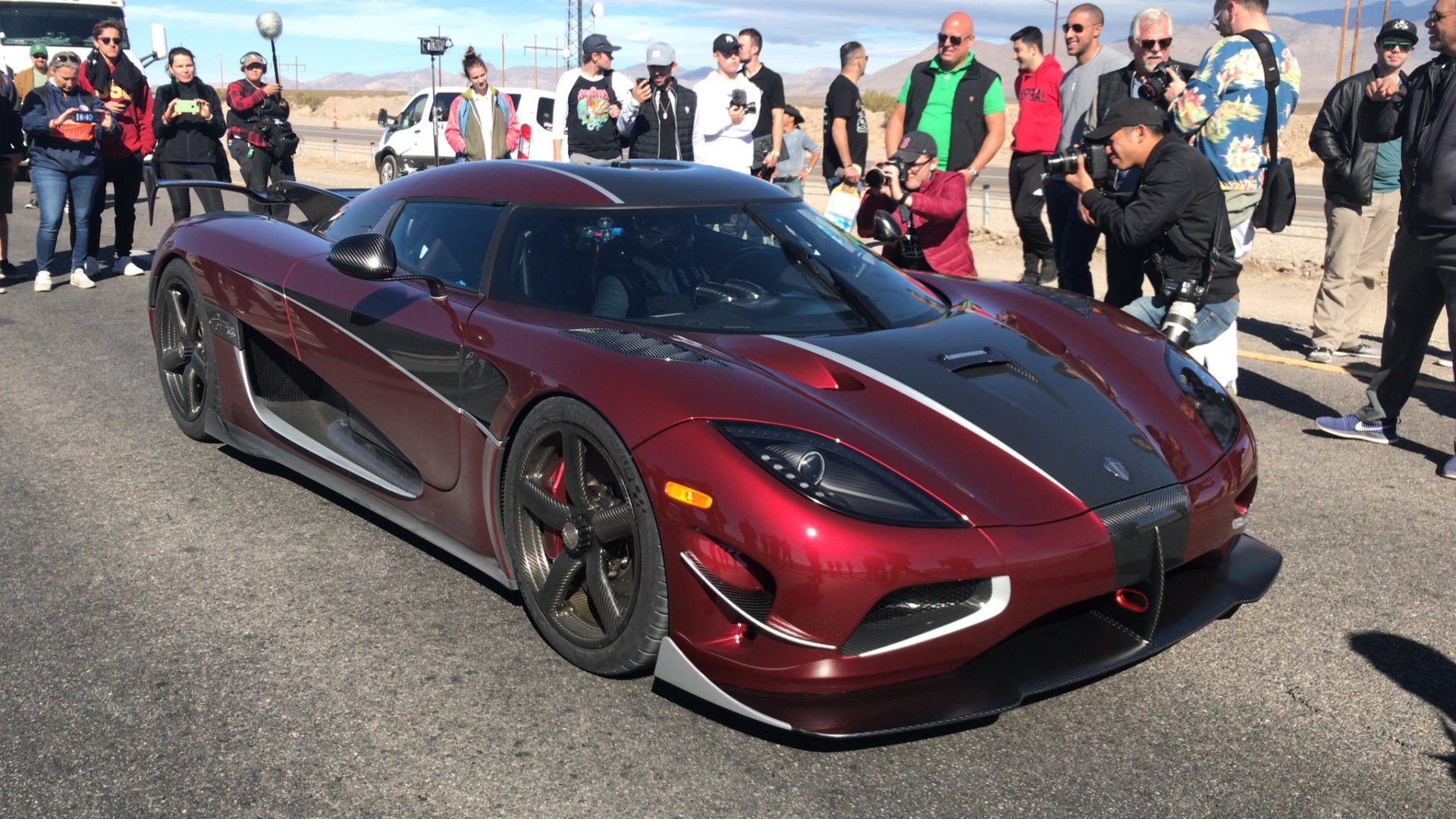 Hennessey may be talking up its land speed record potential, and Bugatti might be thinking about it, but Sweden is a nation of doers.

Fresh from demolishing the Chiron’s 0-400km/h-0 mark in Denmark last month, Koenigsegg has now chewed up and spat out the Vmax record too.

Just like the acceleration/deceleration run, Koenigsegg was at a disadvantage from the start. Bugatti had endless runs of Volkswagen’s massive Ehra-Lessien oval, with its 5.5 mile straight. Koenigsegg had a disused World War 2 airbase.

But the Vandel Airbase is nowhere near long enough for a top speed run on a car supposedly capable of beating Bugatti’s 268mph record. In order to set a new mark, the team moved to the USA. No, there isn’t a secret, millpond-smooth race track in the States with an epic straight, but there are lots of long, straight roads.

Yes, Koenigsegg chose the public highway for its record run. This is rather appropriate, given that Koenigsegg also allegedly has the world’s fastest speeding ticket, at 242mph. The specific road it chose is an 11-mile stretch of Nevada’s Route 160, between Las Vegas and Pahrump, that the state’s authorities closed for the weekend.

The car once again was the Agera RS — in fact it appears to be the same customer car already used for the 0-400-0 record. Packing 1,361hp from its five-liter V8 and lightweight technologies from the limited run One:1, it’s not even the most potent car the brand makes but it’s the one best suited for record-breaking purposes.

On his outbound run, Lilja hit close to 272mph. That was enough to secure it an unofficial ranking as the world’s fastest car, beating the 270.49mph target set by the Hennessey Venom GT in 2014 and an 80-year old record for speeds set on the public road. But to be official, he needed to repeat the feat in the other direction — something Hennessey didn’t achieve.

Lilja’s return trip was even faster. The Agera blew through at an incredible 284mph for a two-way average of 277.9mph and, once ratified, a new world record. And remember, this is in a customer’s car on factory standard road tires…

Of course Hennessey and Bugatti are unlikely to take this lying down. The Chiron’s two-ton heft might have harmed its acceleration, but weight is incidental for top speed. The 1,479hp car is, with Ehra-Lessien at its disposal, well equipped to take the record back. Hennessey’s Venom F5 is more powerful still, at 1,600hp.